Skip to content
You are here
Home > Latest News > After Orasaadhe. Vivek-Mervin’s ready with their next single track Gaandu Kannamma ! 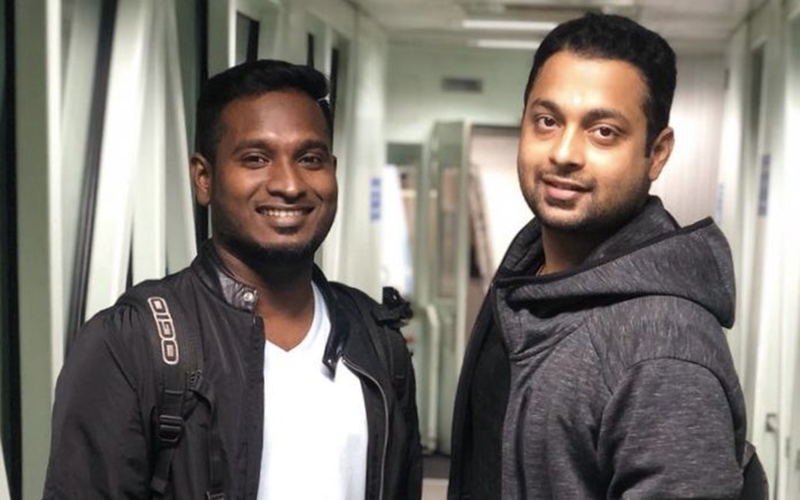 After the phenomenal success of their single track Orasaadhe, music director duo Vivek-Mervin are back with another brilliant number called Gaandu Kannamma, which is all set to release this Friday.The single track album, the lyrics for which have been penned by Ku Karthik, is being released by Sony Music.

“A single track from an independent album fetching that many number of streams is a big feat. We realised that people will acknowledge and celebrate quality stuff, irrespective of the medium it appears on. After Orasaadhe’s success, we intend to do a single every year.

“This track, Gaandu Kannamma, just like our previous track Orasaadhe, is a single album. It has love in it but also, there’s a funny take to it. Apart from us, a couple appears in the song, which has been directed by Amith Krishnan. Both of us have sung this fun-filled number which was shot in Bangkok,” the music director duo said.

Talking about how they first came together, Vivek and Mervin said that they were both into music, right from a young age. While Vivek was into Carnatic music and played the mandolin, Mervin was into Western Classical and played the piano.

“We were into music right from school. Both of us studied in Chennai. Then, we would participate in music competitions. It was during one such competition between bands that both of us met,” the duo said while giving details of how they first came together.

When asked if they ever fight as they are two composers working on the same project, they said that they do disagree but then, that cannot be looked upon as fights and that it would have to be looked at as constructive criticism.

“When two of us work together, we get another perspective. We both decide on what is best for the song and go with it,” they said.

The music director duo, whose popularity graph is fast rising, said that they had worked on seven films so far, with the latest film being Pattaas.

Stating that they did the impressive background score of Pattaas in just a matter of 10 days, the duo informed that they were next working on the music of Karthi’s Sultan, which is being directed by Bakkiyaraj Kannan.

Responding to a question from a mediaperson on whom they considered to be their competition, the duo said,”We do not consider anybody competition. We compare our previous songs with our latest ones to see if we have improved.”

The music directors also during the course of their interaction with the media pointed out that each of the films that they had worked on so far were of a different genre.