Skip to content
You are here
Home > Home > Producer K T Kunjumon is back with Gentleman 2! 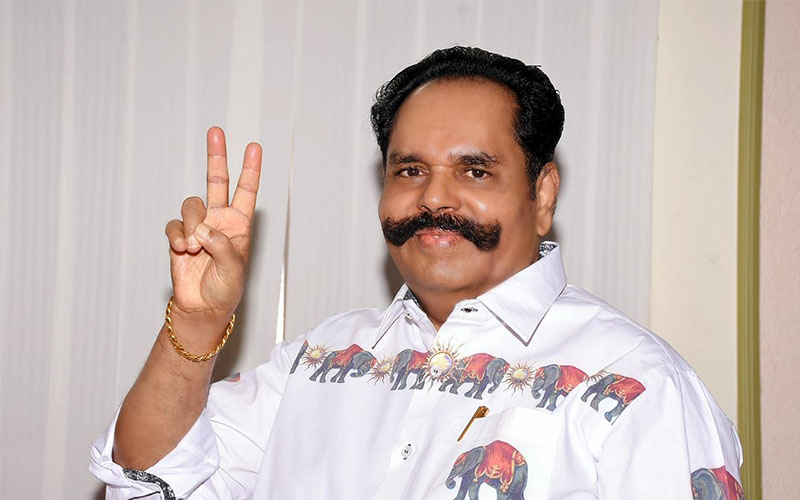 One of Tamil cinema’s renowned producers, K T Kunjumon, has announced his comeback with a sequel to his biggest blockbuster, Gentleman.

It may be recalled that it was Kunjumon, who introduced ace director Shankar to the film industry by giving him the opportunity to direct Gentleman, a film that featured actors Arjun and Madhubala in the lead in the year 1993. The film, which had music by A R Rahman, emerged as not only a sensational hit, but also a landmark film.

Now, Kunjumon, who has been out of action for several years now, has announced his comeback with Gentleman 2.

Sources close to the producer say that ‘Gentleman2’* will be twice as big as ‘Gentleman’ and that the old warhorse had already resumed production work.

Kunjumon himself says, “‘Gentleman’ became a mega hit in Tamil, Telugu and in other languages. This movie released all over the world in many languages and got overwhelming reception from worldwide audiences.

“Gentleman2 will have twice the greatness of ‘Gentleman’ and will challenge the best of Hollywood movies. It will feature the most updated movie production techniques. *’Gentleman2’* will be produced by Gentleman film International as part two of ‘Gentleman’; Initially, it will be produced in three languages-Tamil, Telugu and Hindi. Discussions are going on with actors, actresses, and Technicians. The official announcement on *’Gentleman2*’ will be released soon.”

The producer also made it clear that ‘Gentleman2’ will first be released in theatres all over the world and only after that, will it be released to other mediums.

It may be recalled that Gentleman was only one of the many hits that Kunjumon delivered. The rough looking producer, who named his company after his biggest hit, is also known for having produced hits such as Vasanthakala Paravai and Surieyan (featuring Sarathkumar and Roja in the lead).

More than all of these, he is known for having produced Kadhal Desam, which featured Abbas and Vineeth in the lead along with Tabu. The film was a roaring success that won the hearts of college-going youngsters.

His accomplishments didn’t stop with that. Kunjumon was also the man who introduced Prabhudeva as a Hero through another blockbuster movie called Kadhalan.

This apart, Kunjumon also holds the privilege of having introduced Telugu Superstar Nagarjuna in Tamil with Ratchakan, a film that did not do too well in the box office. Sushmitha Sen, who had just won the Miss Universe title then, too got introduced to the silver screen through this film.

However, Ratchakan’s bad performance at the box office put Kunjumon out of action in the film industry. Now, after so many years, the producer has announced his comeback with Gentleman2.