Let me not mince words. Elizabeth Banks’s Chalie’s Angels is a dreadful film that is bound to make you want to bury yourself in the Kalahari on a blistering day, simply for having made that decision to watch it in the first place.

Yes, it is that bad. This film has some really shallow (read horrible) content which is showcased in the most pathetic manner possible.

The original Charlie’s Angels was fun and interesting. Elizabeth Banks’s version is not. It is an unbelievably sad attempt at making an action film. Forget action, even the comedy sucks. The protagonists of the film try hard to be funny but sadly none of the jokes that they crack work. On the contrary, they leave you annoyed and fuming.

Getting to the story (not that there is much of it), Angels Sabina Wilson (Kristen Stewart) and Jane Kano (Ella Balinska) are two agents who particularly don’t get along well with each other. However, they are forced to work together when a whistleblower, Elena (Naomi Scott), alerts their Bosley of the possibility of her invention for providing clean sustainable energy being turned into a deadly weapon by her boss.

To ensure that the invention does not fall into the wrong hands and to provide protection to Elena, who is supposed to be a “brilliant” scientist, the Angels swing into “action”.

Elena, who is new to the ways of the Angels, instantly falls in love with the ’empowered’ lives that the Angels lead and soon longs to become one of them. She is invariably inducted into the ‘elite’ girls team that is out to showcase “women power” to the world.

The film, like most other films of franchises that have been taken over by feminists, is unbearable for the most part.

It is full of sexist remarks and episodes. 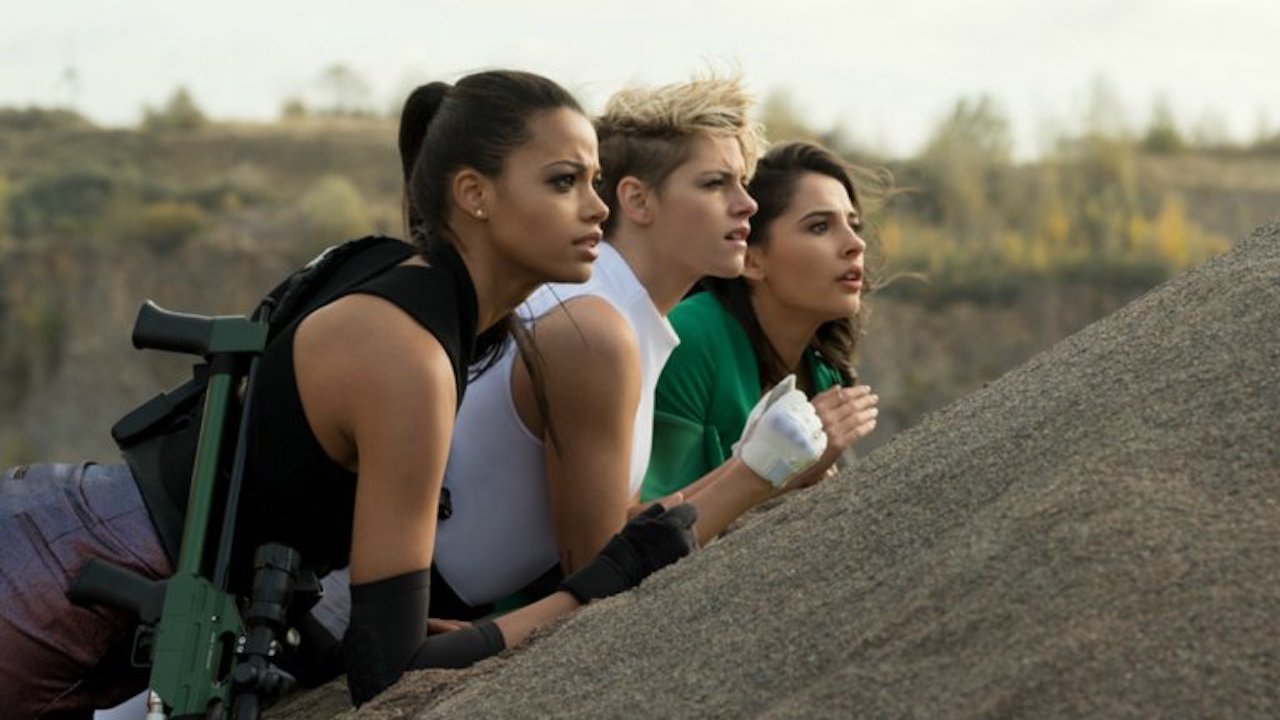 Sample this: The angels break into a facility to gain possession of the device that might fall in to the wrong hands. One of the angels bumps into a male scientist at the vicinity, who questions her presence and asks her not to ‘touch’ things in his lab.

Guess what! The angel immediately uses her feminine charm to show the man who’s boss! She takes a bite of his meal, gives him a seductive look and tosses over the leftover food to him. Lo and behold! the man instantly turns from being a stickler for cleanliness into a lascivious, lecheous beast who eats the remaining part of what is thrown to him. It’s like almost reducing men to animals. Elizabeth Banks excels in this aspect!

Had the roles been reversed, quite a number of women, would have taken exception to the “objectification of women”.

Banks makes a desperate attempt to make the Charlie’s Angels franchise all about women. The angels are all women. Not just these three but scores of angels across the world are all women, we are told. Their Bosleys are also mostly women.

As for the males, they are either lecherous creatures, sidekicks who can’t get their act together and sychophants or tyrants with ulterior motives who have decided to backstab their own for personal gain.

I’d like to go on but you must have got the point by now. To sum it all up, this film is likely to face the same fate as that of Terminator: Dark Fate. It is a shitty film that deserves to be flushed down the toilet and it will.