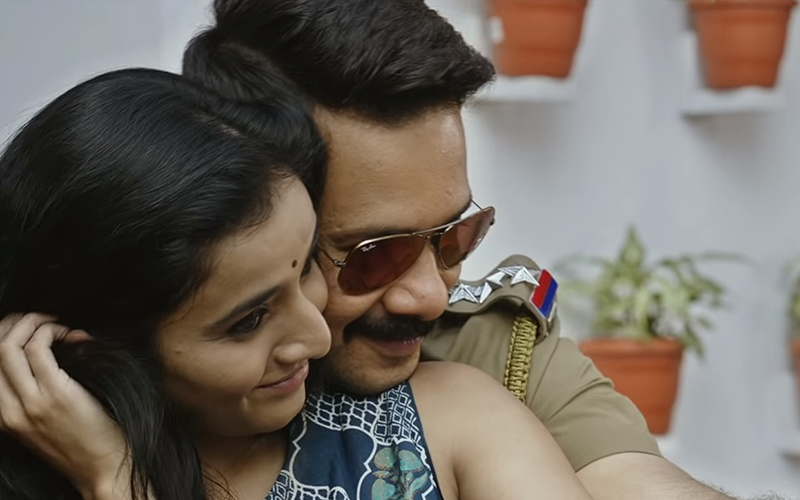 Director Sri Senthil’s Kalidas is a gripping investigative thriller that keeps you hooked from start to finish.

The young director, who is making his debut with this film, comes up with an engaging, fresh plot and an interesting manner of investigation.

The film begins with a married young woman falling to her death from the roof of her apartment building. Young police officer Kalidas (Bharath), whose intelligence on the one hand and humane and compassionate approach to problems on the other have earned him a good reputation, is called in to investigate the death.

Preliminary investigation gives no room to the officer to consider the death a murder and Kalidas is inclined to think that this is a suicide. However, just a day later, before he can file his report, there is another death. Another young married woman (Ammu) has jumped from her apartment roof to her death!

The deaths of two women in the same fashion is enough to rattle the higher ups and the Commissioner looks to hasten the investigation and get to the bottom of things. He chooses to send in Deputy Commissioner George(Suresh Menon), an expert in cracking crime cases, to oversee the investigation.

George and Kalidas begin to work together. Everytime, a piece of evidence crops up, both have diagonally opposite views on it. And the interesting part is both substantiate their views and opinions with valid arguments.

Initially, Kalidas is annoyed that the Commissioner has sent a senior officer to oversee his investigation. But then, he does not let his disappointment over a move that questions his competence and skill to affect the investigation. He sincerely follows orders and works with total involvement along with his superior officer with the intention to crack the case.

By the time, the police team gets a new lead, a third death occurs. This time too, a woman has fallen to her death. But this time, the lady is a middle-aged woman. Soon, as the cops investigate the deaths, they are convinced that these are not suicides but murders…

Director Sri Senthil’s film comes as a whiff of fresh air in an industry that was churning out mundane, run-of-the-mill crime stories that were far fetched from reality.

Sri Senthil seems to be a person who knows what he is talking about. His approach to the story itself is different. Probably for the first time in Tamil cinema, we have an investigative crime thriller in which two police officers, who are both genuinely interested in solving a case, thinking in exactly opposite directions. For instance, when the first two deaths occur, Kalidas thinks that they are both suicides. George on the other hand is convinced that they are murders. 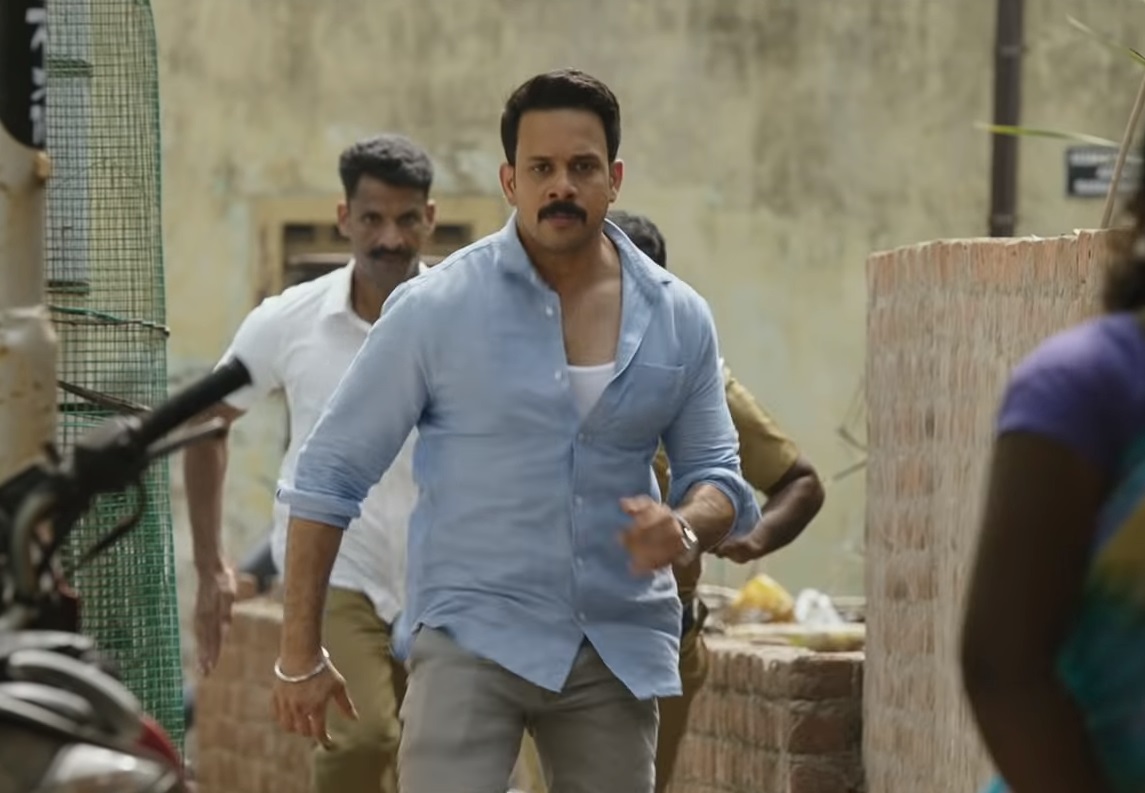 The manner in which the cops follow leads in interesting and engaging.

Next, the film does not have unnecessary violence. Sri Senthil wins brownie points right at the start of the film when he introduces Kalidas’s character. Kalidas, who looks fit and sturdy, does not threaten or deliver chest-thumping dialogues when handling a situation involving a man wielding a weapon.

He gently talks to him in a considerate tone and reminds him of his responsibilities as a father to his daughter. The manner in which he handles the situation and defuses it makes you realise that this story is going to be different right at the start.

Director Sri Senthil seems to have a good understanding of not just filmmaking but also subjects like Psychology and gender relations and he does not hesitate to call a spade a spade in his film.

For instance, as the cops discuss the possible areas that women could visit in a locality, a suspect in a cell reels out a list of places they would visit. Just as he completes his list, a pimp, who has been brought in for investigation and who hears this suspect reeling out places, calls him a male chauvinist!

Four good performances are what set this film apart. The first of these comes from actor Bharath, who plays Kalidas. The young gifted actor, who has not had a big hit to his name for a long time, makes a very strong comeback with this fascinating investigative thriller that is bound to bring about a change in his fortunes.

Bharath’s toned body and measured acting makes you forget that you are watching a movie. Within minutes of the film starting, you begin to see him only as police officer Kalidas. Bharath’s performance in this film makes you wonder why this man hasn’t been seen more often in Tamil cinema.

Ann Sheetal, who is making her debut in Tamil cinema with Kalidas, impresses. With her large beautiful eyes and a range of expressions at her command, Ann Sheetal has no problems handling the difficult character of Kalidas’s wife Vidya. 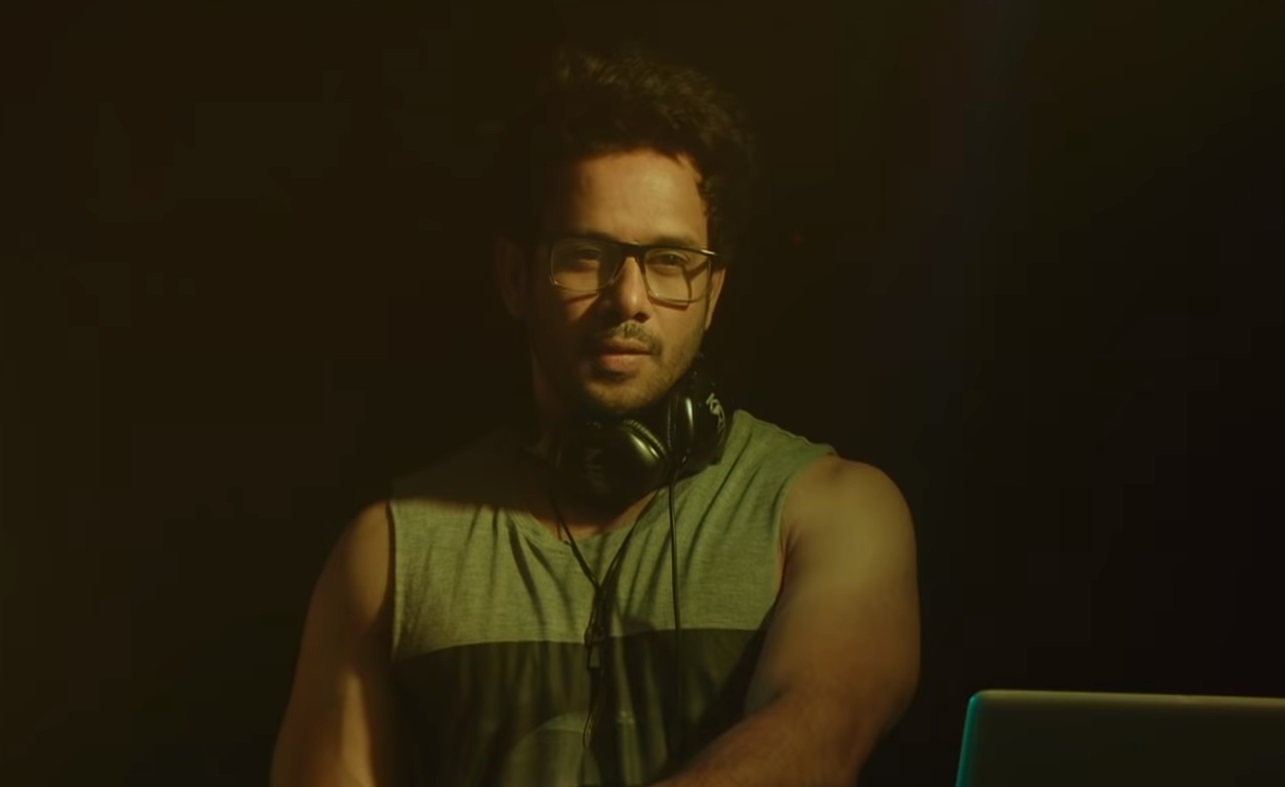 Cinematographer and actor Suresh Menon, who hasn’t been seen in too many films in recent times, plays Kalidas’s senior officer George. As the soft-spoken but hardened cop, Suresh excels.

Aadhav Kannadasan as Pappu too does a neat job of his role. Disclosing any more detail could be giving away the plot and therefore, I am refraining from doing so.

In fact, there are a couple of aerial shots in the film that deserve special mention. The first is a scene in which the camera keeps going higher and higher up even as the body of one of the victims lies on the ground. The next is again an aerial shot of the city in the night. Both scenes catch your attention despite the gripping tension that the story generates.

This apart the film’s editor too needs to be commended for the fantastic work that he has done. Bhuvan Srinivasan’s editing keeps the film tight and gripping.

On the whole, Kalidas impresses!