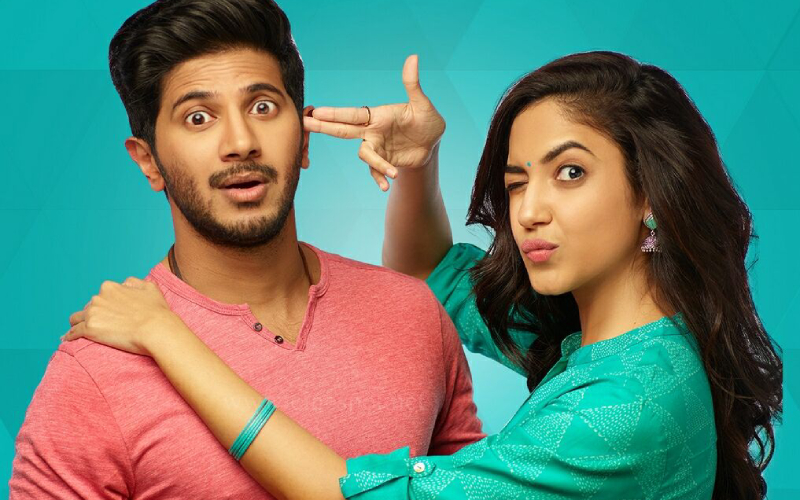 The film has a truckload of pluses in its favour but before we get to all of that, the story first.

Siddarth (Dulquer Salman) and Kallis (Rakshan) con people using technology. The two close friends lead a luxurious life, thanks to their ill-gotten wealth. Siddharth, in particular, is the smarter of the two. He has this uncanny ability to outthink not just his victims but also his pursuers, that is the cops. In fact, he is so good that the cops, after having no way to track his whereabouts, resign themselves to the option of waiting for him to commit another crime to track him down. 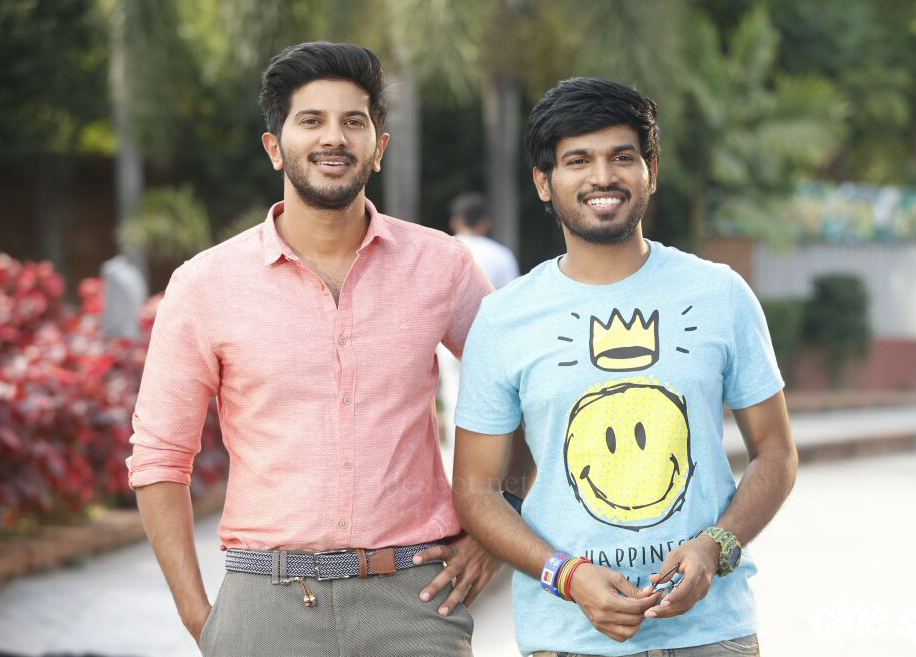 From cheating firms using online platforms to using technology to open cars and steal any costly items that their owners may have left in them, Siddharth is a master thief. Although he could make much much more, Siddharth is wise enough to know that if he is greedy, he could get caught and that his cover could be blown for good. So, he follows irregular patterns when it comes to cheating. When he senses danger, he completely changes the modus operandi, switching his operations to real world from the virtual world. All this makes him and his friend virutally impossible to catch.

It is under these circumstances that one day, he falls for a simple, honest hardworking girl Meera (Ritu Varma), who claims to be a beautician. Just like how Siddarth has a close friend, Meera too has a close friend called Shreya (Niranjani Ahathian), a chef.

They become friends and all four of them start hanging out together. The inevitable happens and soon Siddharth proposes to Meera and she accepts his proposal. Kallis and Shreya too become a pair. 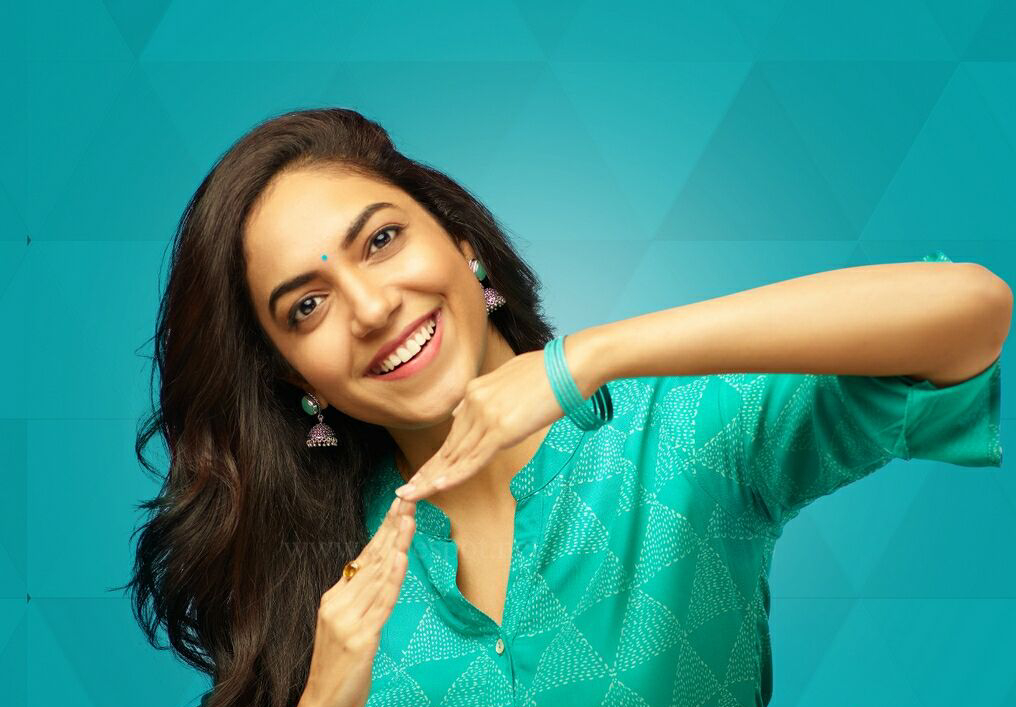 Just when things are going their way, the two boys narrowly escape getting caught by the police while trying to sell one of the stolen goods. Realising that they have made a lot by selling stolen goods and that they shouldn’t try to push their luck, Siddharth and Kallis decide to call it a day. They decide to turn over a new leaf, marry their sweethearts and open a boutique for Meera and a hotel for Shreya.

They decide to dispose off the remaining stolen goods and move to a new city to start a new life and a family. They pick Goa. All four of them, with the money that they have made, head to Goa and start settling down there.

Just when things are falling in place, cops, led by Gautham Menon, swoop down on the resort that the four are staying in. The boys are taken by surprise — not because the police have managed to track them down but because the police are there for the girls, who the cops disclose are bigger frauds and extortionists!

The cops tell the boys that they are the latest in a long list of men to have been conned by the girls! It is then that the boys understand that the women, using their feminine charm and the willingness to fall in love, have taken them for a ride! What happens next is what the film is all about.

First and foremost, the film has an exciting plot. One that hasn’t been explored in Tamil cinema to this extent until now. And that by itself makes this exciting fare. Then, comes the narration. The manner in which Desingh Periyasamy narrates the story makes the film interesting. Just when you think that this story is going to take the regular route that several films before it have taken, he pleasantly surprises you, time and again, making you wonder what’s going to happen next. 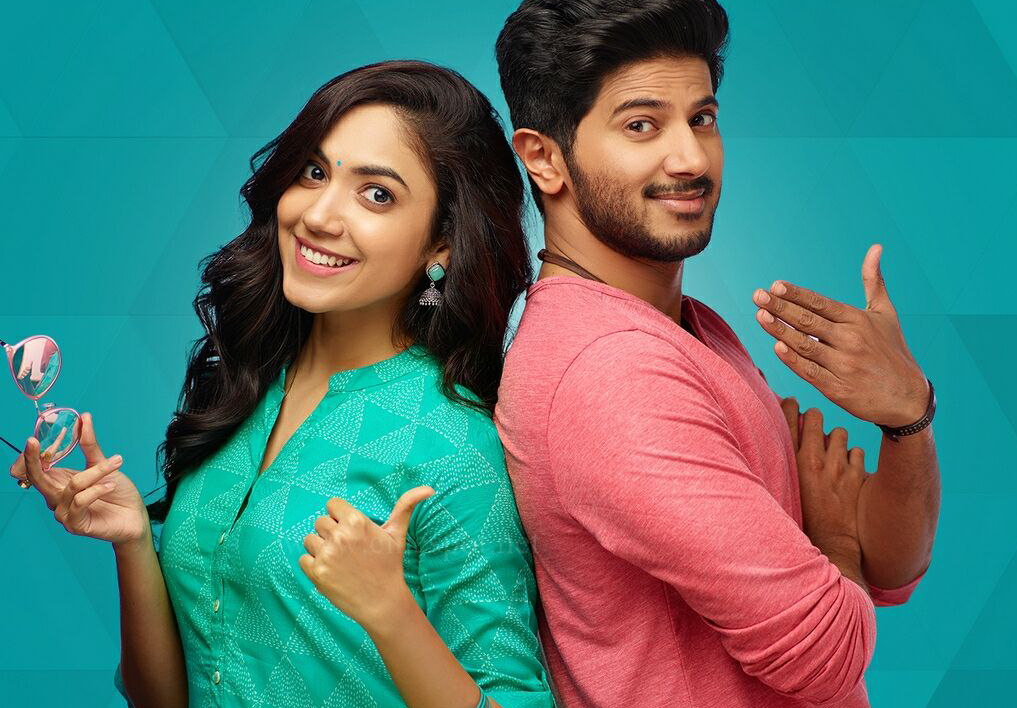 For a film to work today, it must not only have an entertaining story but also must have information of value. Desingh Periyasamy seems to have realised this. His film provides us quite an insight into how conmen operate on the Internet. It makes us aware of how we can be conned while ordering electronic products online. The film draws our attention to the fact that devices are now available in the market that can help thieves break open cars and therefore, nothing of value must be left inside the car.

Kannum Kannum Kollaiyadithaal also highlights how women, in the name of love, take men for a ride. The film beautifully showcases how men lower their defences when they fall in love with women and how women use this weakness to exploit the men.

Dulquer Salman comes up with a neat, commendable performance yet again. The young star looks dashing and delivers an impressive performance that is bound to win the hearts of audiences.

Ritu Varma is elegance personified in this film. Especially, as the silent, soft-spoken, hard working Meera,Ritu Varma steals not just the heart of the hero but also of everybody else in the auditorium. Ritu’s performance is powerful. Her eyes, in particular, leave you mesmerised. Be it love, sincerity, deception, anger, frustration, revenge or repentence, all that Ritu Varma has to do is look and her eyes express the emotion.

Rakshan as Dulquer’s friend makes an impression as a comedian. In particular, those sequences in which he asks his friend to call and play a film song everytime he wants to make a point to his girlfriend leave the auditorium in splits.

Niranjani Ahathian as Ritu’s friend and as Rakshan’s girlfriend delivers a measured performance. As Shreya, she throws a disdainful look at Rakshan now and then and maintains a stoic silence, giving nothing away either about her or her friend.

Director Gautham Vasudev Menon comes up with a brilliant performance in Kannum Kannum Kollaiyadithaal. The ace director makes a big impression as a cop trying to track the fraudsters in the film! The ace director is just charming right from start to finish and manages to steal the thunder in every scene that he appears. In particular, the scene in the climax where he has tea with Ritu Varma is outstanding!

Cinematographer K M Bhaskaran’s work in Kannum Kannum Kollaiyadithaal is a feast to the eyes. Be it the lighting, the angles, the frames, Bhasakaran gets it all right.

The film might have its share of lapses but then, by and large it works. My verdict is that this is a film you can enjoy!