Director Nelson Venkatesan, who shot to limelight with his debut film, Oru Naal Koothu, comes up  with this romantic comedy that is genuinely heartwarming and reasonably funny.

The story is simple. Anjanam Azhagiya Pillai (S J Suryah) is a middle aged man working with the Tamil Nadu Electricity Board. This soft-hearted, well-meaning individual is a devotee of Vallallar, who propounded the idealogy that one should show nothing but love to all living beings. A devout follower of Vallallar, Pillai is someone who is incapable of killing even an insect. 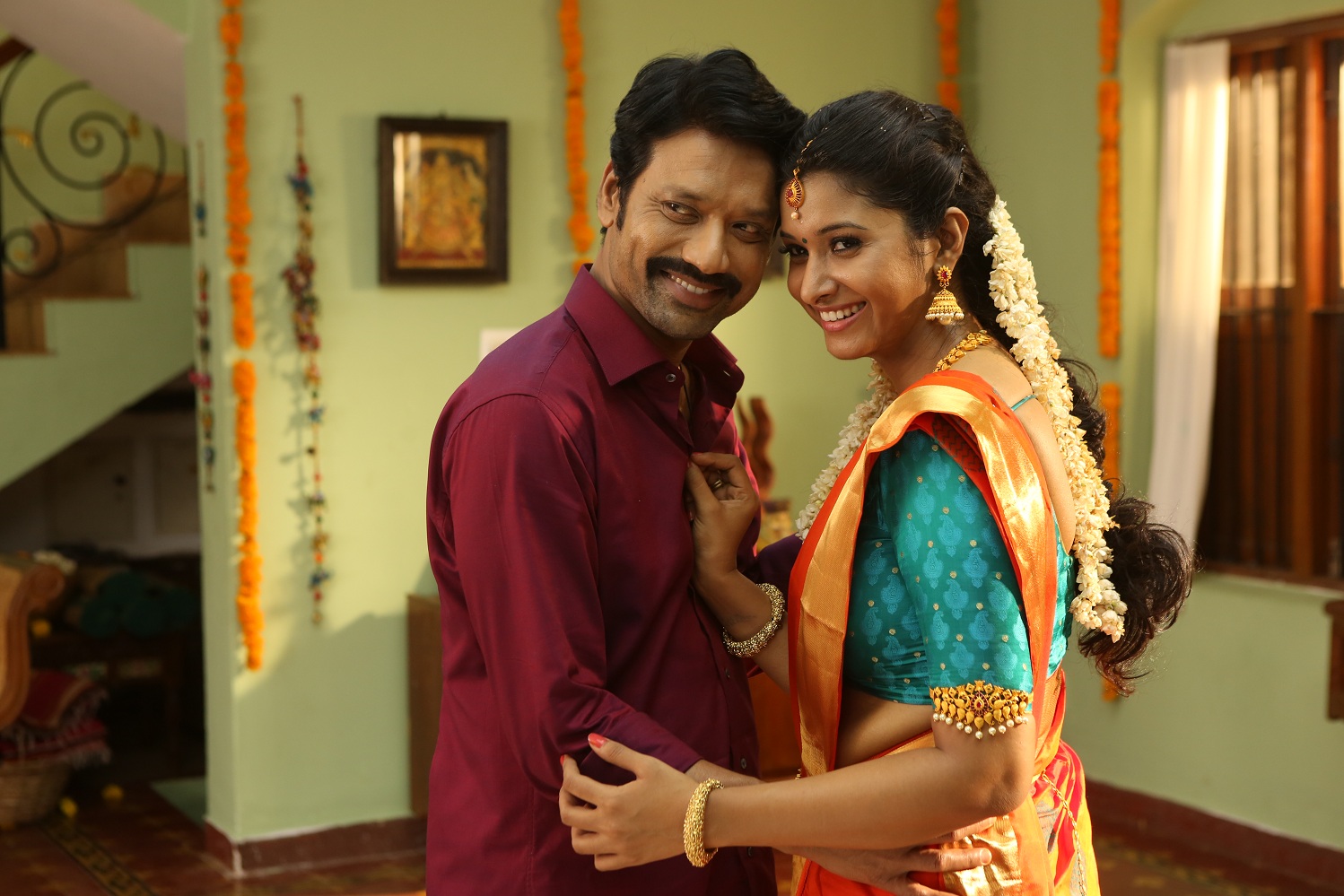 One other important detail about Pillai’s life that one must know about is that although he is well into his middle age, Pillai is yet to marry.  This is because prospective brides neither have the time nor the inclination to get to know him well and therefore fail to see his kind soul and caring nature.

Pillai, however, isn’t troubled by this fact. He is someone who believes in taking things as they come. His immediate problem is good accommodation and therefore he goes on an eternal house hunt. Finally, he okays a house, which he considers lucky as a prospective bride, who had initially turned him down, expresses an interest in him while he is out looking at the building.

Pillai moves in and life seems to be beautiful. At least for a while. Soon, Pillai finds out that he isn’t the only one residing in his newly bought luxury flat.

A rat keeps frequenting Pillai’s house making life a nightmare for him. How he handles this problem is what the film is all about.

Director Nelson has scored on multiple fronts as far as this film is concerned. First, he gets full marks for the message that his film seeks to impart. It’s simple, significant and straight from the heart. The point that Monster makes is that kindness is what matters the most. And that every life, no matter how small or insignificant, is important. More interestingly, the film subtly points out that this fact is valid even in this day and age.

The empathy and kindness that Pillai’s character displays all through the movie endears him not just to the character of his would be bride, Mekala (Priya Bhavani Shankar),but also to audiences. His decision to spare the rat repeatedly despite it having caused a havoc, revives one’s faith in humanity. 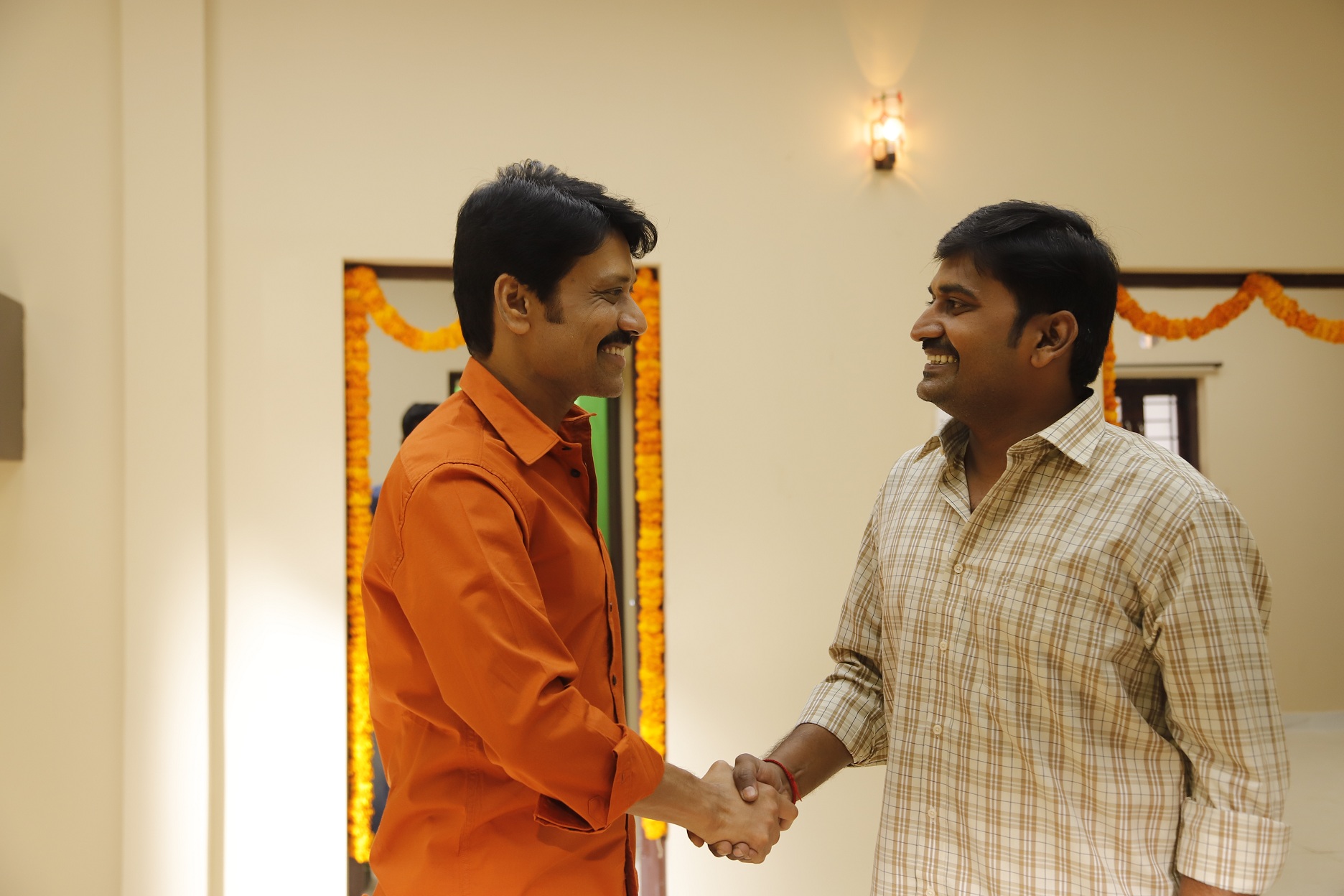 Nelson also has nailed it with regard to casting. His four prime characters, Anjanam Azhagiya Pillai (played by S J Suryah),  Mekala (played by Priya Bhavani Shankar), Ravi (played by Karunakaran) and Sarath (played by Anilkumar) are all perfect. They fit into these roles like as if these were made just for them.

In particular, Priya Bhavani Shankar looks ravishing on screen. With large expressive eyes that communicate a lot more than her dialogues, Priya as Mekala steals the show. Sequences involving her and S J Suryah, another master actor, are romantic and really sweet. S J Suryah and Priya Bhavani Shankar complement each other so well all through film that you can’t help but notice what a perfect couple they make. Karunakaran as always is good at his job of making people laugh.

But Nelson must be congratulated most not for extracting performances from artistes we know have potential. His biggest compliment must be for his ability to extract a performance from a rat, which he trained to act.  The fact that he has not opted for Computer Graphics and has used a real live rat for shooting the entire film is what makes this effort spectacular.

On the technical side,  Nelson’s biggest support comes from his music director Justin Prabhakaran. The young musician seems to have done a wonderful job, be it the background score of the film or the songs of the film. Full marks to him for having accentuated the emotion of the script through his lilting tunes.

Gokul Benoy, who was also the cinematographer of Oru Naal Koothu, shows his class in this film. More than knowing what to show, Gokul seems to know what not to show. And it is this sense of distinction that he possesses that sets him apart from other cinematographers.

For instance, there is a sequence in which S J Suryah is shown brushing his teeth even as the rat gnaws at something . Every time, he stops brushing , he hears a gnawing sound for a couple of seconds. The sound both scares him and also surprises him. Gokul shows Suryah brushing using a long shot but as the camera starts to zoom in on him to capture the surprise on his face, Gokul tightens the frame to just Suryah’s eyes, leaving out other parts of his face that might not be very appealing to look at in that shot. It’s a small detail but the fact that a lot of thought has gone into it tells you about the kind of effort that has gone into this project.

To cut a long story short, this Monster is  certainly endearing and deserves to be watched. Go watch it with your family and be entertained!