Director Pavel Navageethan comes up with a really interesting investigation thriller that keeps you on the edge of your seat right from start to finish.

The film hardly has any recognised artiste in its cast and crew and yet has been made in such fine fashion that one cannot but marvel at the professionalism of the unit.

The film revolves around Agni, a brilliant cop with a penchant for forensics. The sharp officer, who was the go to man for the department every time a difficult case cropped up, has now stopped being a cop and has turned an instructor in the Forensics department, where he trains future officers.

The reason why Agni has chosen to move out of the crime department into forensics is because of two reasons. One, he has suffered a personal tragedy that has left him deeply scarred. Two, he now suffers from Nyctophobia, a morbid fear of darkness.

Both these have taken a heavy toll on the forensics expert, who refuses to take up any case for investigation.

It is under these circumstances that one night a young working woman gets killed. She is stabbed in her neck by the assailant while returning home from work.

Soon, the police begin their investigation and a woman inspector Luna Mohammed leads their investigation. They carefully look for clues that can lead them to the assailant but to no avail. Luna looks to assign the case to Agni, knowing fully well that he has a gift when it comes to reading the crime scene and that he is very good at forensics.

An initially hesitant Agni eventually agrees to take up the case. As he begins his investigation, he realises that this is no ordinary killing…

That this director, Pavel Navageethan, has been able to make such a fine film without even working as an assistant director under another established director speaks volumes of his potential.

V1 Murder Case has class stamped all over it and that is because the film works in all departments, right from casting.

Ram Arun Castro, who plays the lead character of Agni, is perfect for the role. Be it his body language, his expressions or his dialogue delivery, Ram scores. He is so apt for the role that you begin to think that this man is indeed a cop and that he has been researching crime all his life.

Vishnupriya Pillai, who plays Luna Mohammed, too does a neat job. She plays Agni’s colleague to perfection and is convincing in the interrogation sequences. 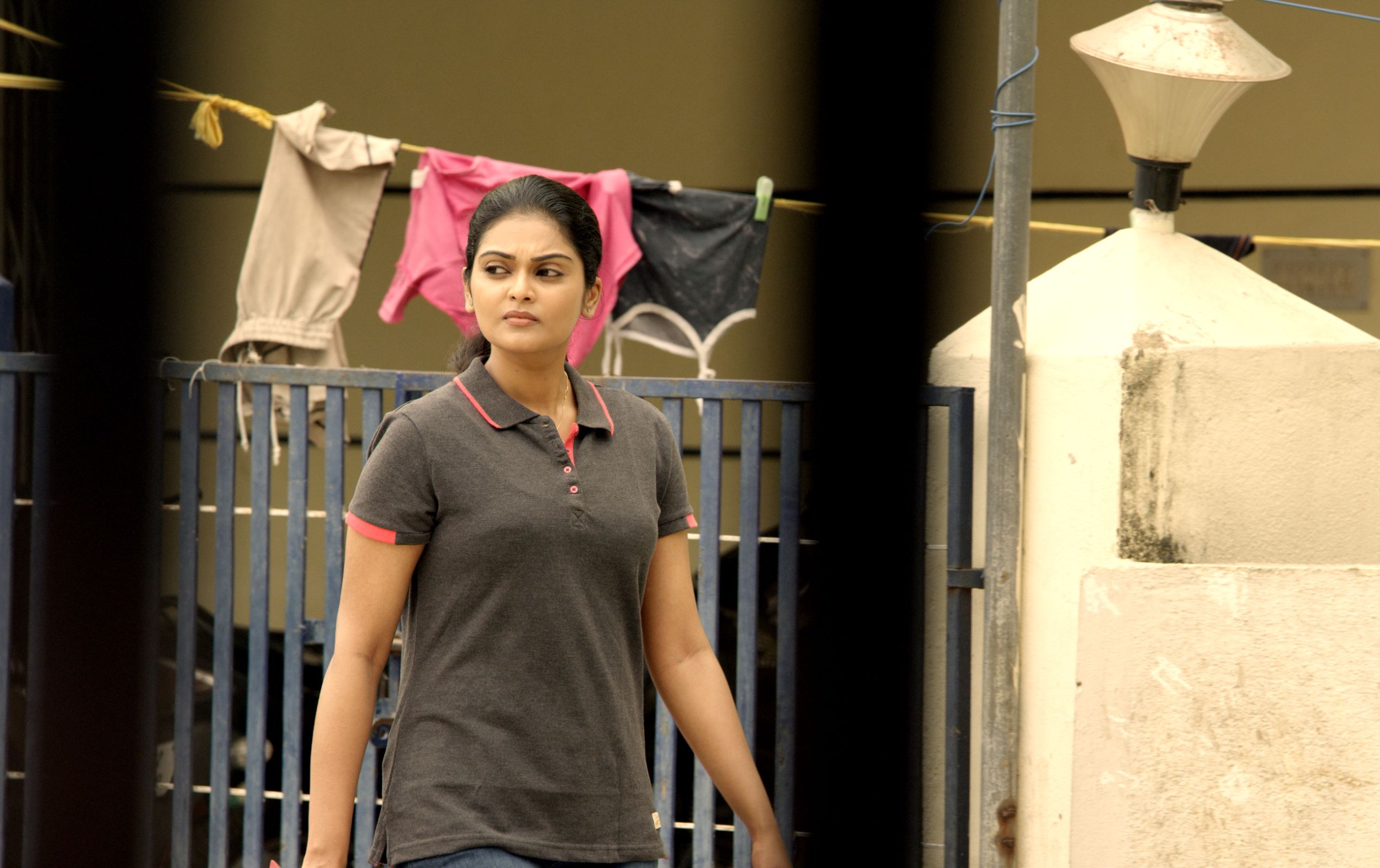 Every single actor who plays a character in the list of suspects, starting with the victim’s husband, a roadside romeo who has been madly in love with her, her colleague, and a psychopath, all fit the bill to the T. They all deliver commendable performances. In particular, the roadside romeo is outstanding. The manner he attempts to flirt with every woman he encounters is downright hilarious!

No character seems out of place and the way the story is narrated convinces you that you are indeed watching a crime investigation being carried out by two sincere officers who are intent on getting to the bottom of the gruesome act.

The film definitely works as a crime thriller and is one of the most impressive films made this year. Have no doubts, this one is sure to thrill and entertain you!