Skip to content
You are here
Home > Home > Why is Vijay Sethupathi’s epic reply in defence of Vijay breaking the Internet? 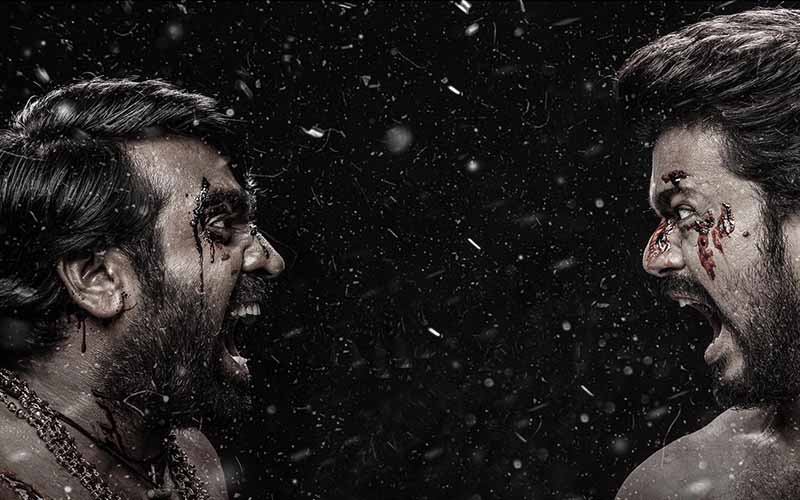 Vijay Sethupathi’s epic reply to a venomous and vicious smear campaign launched by a right wing supporter against actor Vijay is breaking the Internet!

Yes, when one of the supporters of the right wing chose to level false, malicious and baseless allegations on Twitter against actor Vijay, Vijay Sethupathi, in his typical, unassuming way, sent in a one-line retort to dismiss the allegations and put the man who had levelled them to shame.

So, what were the allegations that this supporter put forth that drew a response from Vijay Sethupathi?

The supporter, in a tweet, claimed to know ‘key truths behind IT raids on Vijay’.

He alleged, “Jeppiar’s daughter Regina spearheads the Christian conversion movement in Tamil Nadu. With the help of radical Christian priests and by inclusion of key Tamil actors, she wanted to accomplish this – Vijay Sethupathy, Aarya, Ramesh Khanna, Aarthi and a few other top personalities have already been converted in a grand function held at Vadapalani recently. These people have been given a mandate to convert as many actors, cine technicians and other film industry employees so that they spread the message popularising Christianity. The funding for this ought to have come from NGOs but with so many barriers brought in by Amit Shah and Modi, the educational institutions were being used as vehicles for money trafficking.”

Tweeting this and then choosing to comment above it, Vijay Sethupathi, in his inimitable style, dismissed this rabble rousing by saying in Tamil, ‘Poi, vera vela irrundha Paarungada’ which when translated reads, “Go do something better, if you have one.’

Meanwhile, Archana Kalpathi, the creative producer of Bigil, today appeared at the Income Tax office to answer queries posed by Income Tax officials. It may be recalled that only a few days ago, the Income Tax department had conducted raids at the premises of AGS productions, the firm that had produced Vijay’s Bigil. The department also conducted raids at properties owned by financier Anbu Chezhian and actor Vijay himself.