A war of words has erupted between veteran director Bharathirajaa and director Santhosh P Jayakumar over the sizziling content of the latter’s upcoming film, Irandam Kuthu.

On October 7, Santhosh P Jayakumar released a sizziling hot trailer of his upcoming film Irandam Kuthu. It didn’t take long for director Bharathiraja to take strong exception to the trailer’s content, which was quite suggestive in nature and also had some explicit material. He issued a very strong statement, condemning the film and the filmmaker.

Urging the Censor Board to deal such films with a stern hand, Bharathirajaa, taking the moral high ground, had said,”I am someone who enjoys and appreciates anything made with a sense of artistry. But my eyes tingled and I couldn’t even bear to look at the advertisement of the film called Irandam Kuthu.”

Stating that he was not from the moral policing brigade, Bharathirajaa however said that he was someone who believed that the dignity and discipline of his home should be maintained.

These comments touched a raw nerve and director Santhosh P Jayakumar has hit back. 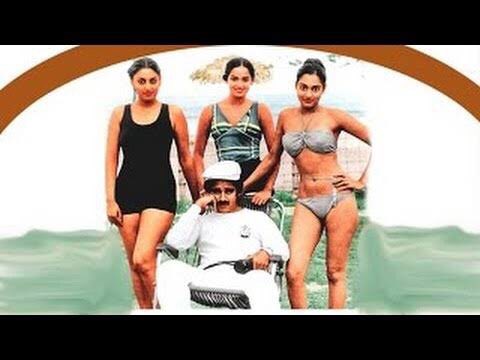 Posting a still which had three heroines in bikinis and swimsuits from Bharathirajaa’s film Tik Tik Tik, Santhosh P Kumar asked, “With all due respect to him, Tik Tik Tik movie in 1981 la idha paathu koosadha kannu, ippo koosirucho…? (Did those eyes which didn’t tingle to look at this poster now suddenly tingle?) “

The fight between the two directors is not going to end anytime soon.