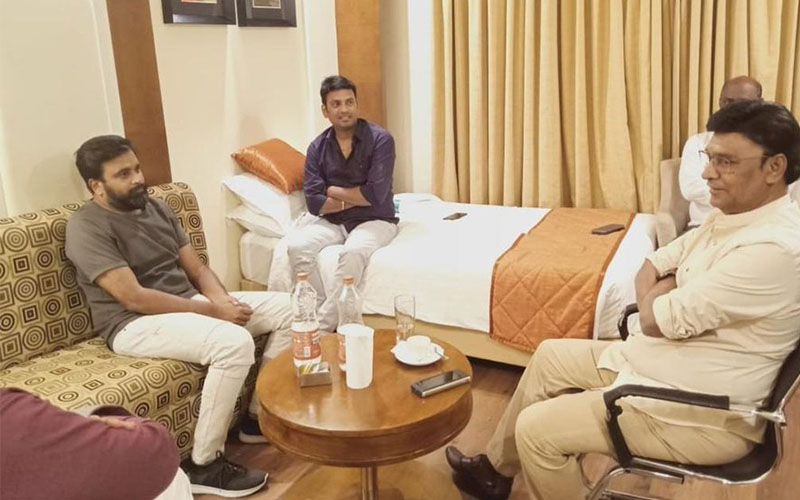 One of Tamil cinema’s landmark films, Munthanai Mudichu, which featured actor K Baghyaraj and Oorvasi in the lead, is to be remade now.

Interestingly, actor K Baghyaraj will be penning the screenplay this film too. But what is significant is that while Baghyaraj played the lead in the original, actor and director Sasikumar will be playing the lead in this remake. The female lead hasn’t been decided as of now.

Sources in the know say that the veteran director has made appropriate changes in the script to suit the tastes of the audience now. However, it has been made clear that Baghyaraj will not be directing the film.

The film is to be produced by Sathish of JSB film Studios. This is the same firm that produced the hit film, Asuraguru.

Munthanai Mudichu, which released in 1983, is considered a landmark film in Tamil cinema. The fact that it is getting remade now has triggered a considerable amount of interest in film industry circles as people are eager to see how the script is going to be changed to suit the tastes of the audience now.

Work on the film will commence once the lockdown is lifted.