Skip to content
You are here
Home > Home > Kamal to contest TN assembly elections; Maintains suspense on whether he will join hands with Rajini! 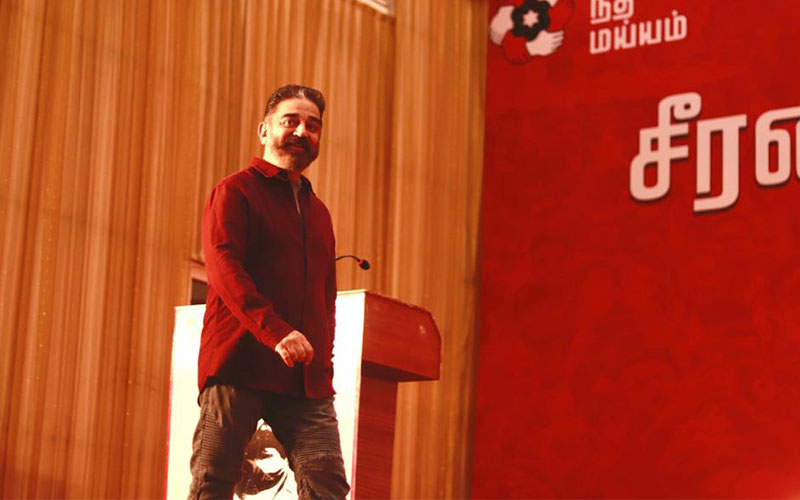 Actor Kamal Haasan on Monday announced that he would be contesting the upcoming assembly elections in Tamil Nadu scheduled to be held in April next year.

Addressing mediapersons in Avaniyapuram, Madurai, after addressing a gathering of businessmen and entrepreneurs, Kamal Haasan said he would surely contest the upcoming Assembly Elections but that he was not going to announce the constituency in which he was going to contest at this point in time.

When asked if his party would strike an alliance with actor Rajinikanth’s soon to be launched political party, Kamal Haasan said a decision on the issue would be made at the appropriate time.

When the same question was reiterated, Kamal Hasan replied, “Please wait until December 31 when Rajini announces his political party.”

The actor also said that farmers protesting in Delhi against the recently passed farm laws had the complete support of his party.

“MNM’s cadres have gone to Delhi and expressed solidarity with the farmers protesting there before returning here. They have our complete support,” the actor-turned-politician said.

The actor, during his speech in Madurai, said that his party would make efforts to realise former Tamil Nadu Chief Minister M G Ramachandran’s dream of making Madurai the second capital city of Tamil Nadu if it ever came to power.