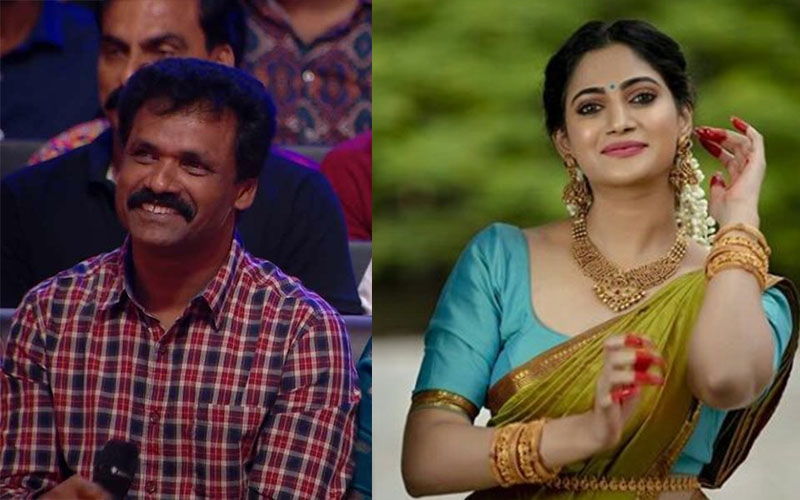 Sources claimed that he passed away after suffering a cardiac arrest.

Losliya, who was one of the most popular contestants of the third season of the Tamil television Reality show Bigg Boss, is known to be extremely fond of her dad.

In fact, the youngster, who has now turned an actress, had in one episode of the show said she would like to add her remaining years to her dad’s life.

Mariyanesan and his wife had in fact visited their daughter Losliya on the sets of Bigg Boss.

Mariyanesan hailed from Kilinochchi in Sri Lanka, where Losliya was born.

Prior to entering the Bigg Boss show, Losliya was in the IT industry. She then became a news reporter and then a news anchor. She is now an actress, who is acting in a Tamil film featuring cricketer Harbhajan Singh in the lead.

Losliya’s dad Mariyanesan led a humble life as a driver in Canada.

Condolence messages have been pouring in for the actress, who is known to be extremely fond of her dad.

Director and actor Cheran, who was one of Losliya’s co-contestants in Bigg Boss 3, said, “Losliya, we know the amount of love and dreams you had for your dad. This news has left me itself shattered. I don’t know how you will bear this, daughter. I do not know how to console you and your family which is suffering in inexplicable pain. My deepest condolences!”