The next film of Superstar Rajinikanth, which is being directed by Siruthai Siva and which is being produced by Sun Pictures, got off to an auspicious start with a pooja at the Sun Studios today.

The event, which was attended by all the members of the cast and crew, saw Rajinikanth share some light moments with his yesteryear heroines, Kushbu and Meena. 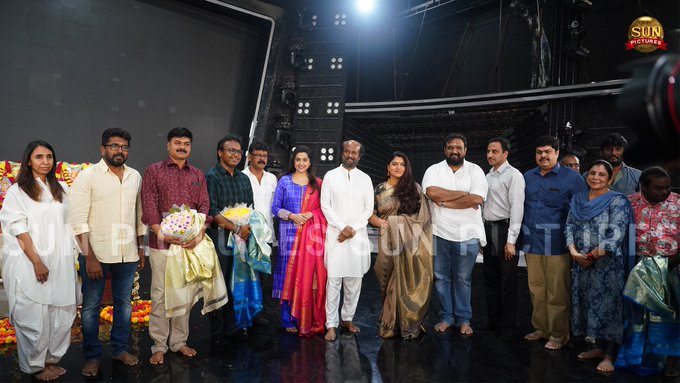 The film, which will feature Keerthy Suresh, Prakash Raj and Soori among others, will have music by D Imman.

This is the first time that Imman is scoring for a Rajini film. The music director took to social media to express his happiness at having been given the opportunity to score for a superstar film.

He tweeted, “#Thalaivar168Pooja Held at Sun Studios today! Enchanted to be part of this energetic team! Geared up to score n give my best for our dear @rajinikanth sir! Thanks @sunpictures n @directorsiva sir n entire team! Praise God!”