Director Sasi is known for making films that highlight the significance of human relationships. His Pichaikkaran focussed on the love of a son for his mother. In Sivappu Manjal Pachai, Sasi talks about the love of a sister for her brother.

Actually, the film can be broken into three components based on the relationships it showcases. First is the bond between an adorable elder sister and a brash but loving younger brother. The next is the love a dutiful husband has for his simple but loving wife and the third is about the bond that he shares with his brother-in-law, who considers him a sworn enemy. Interestingly, the film accords equal importance to all three relatioships. But when one comes out of the theatre, one only feels like describing this as a film that showcases the love of a sister for her brother simply because of the way the sister character has been played. 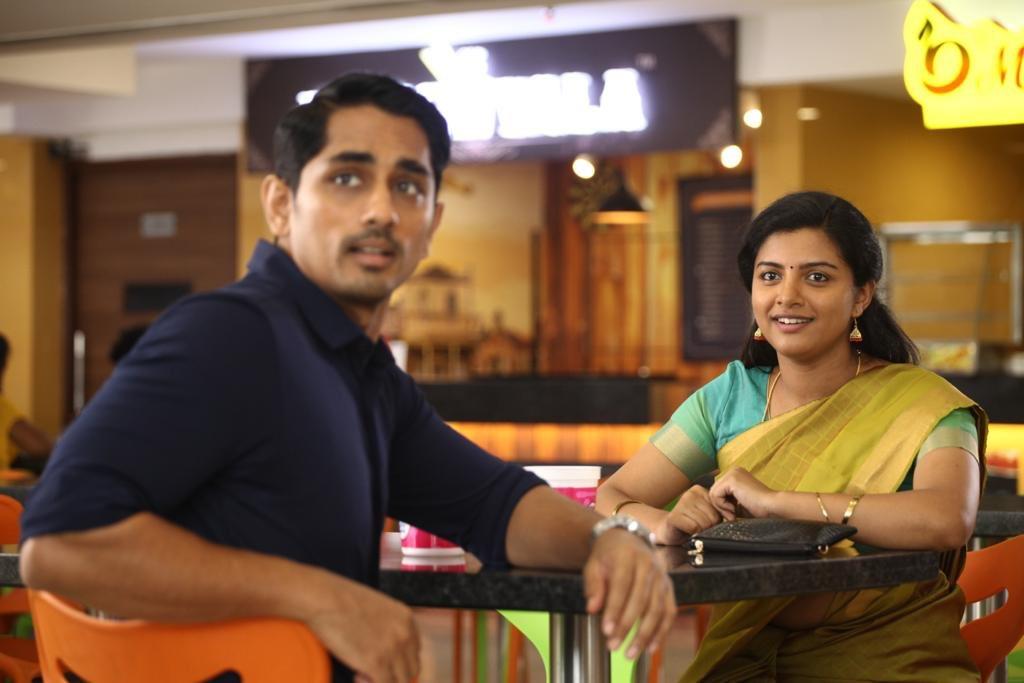 Yes, Lijomol Jose, who is basically a Malayalam actress, does such a sterling job of portraying the character of Raji (short for Rajalakshmi), that she steals the limelight despite exceptional performances coming in from the other three important characters of the film, namely Rajasekar (Siddharth), Madhan (G V Prakash) and his girl friend (played by Kasmira Pardeshi).

Lijomol Jose’s performance is what you would call a head turning one, for it simply makes you sit up and take note of nothing else but her on screen, every time she appears on it.

Before I go on to give you my analysis of the film, let me give you the synopsis of the story. 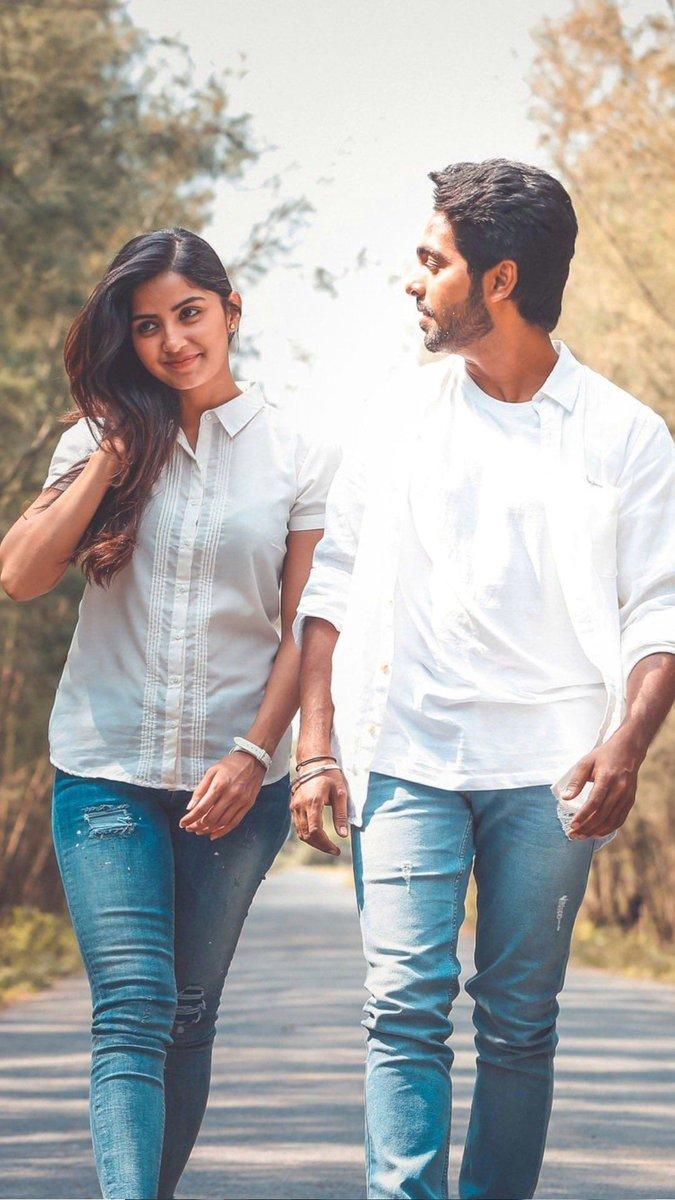 The film begins at a time when Raji and Madhan are mere children. Elder sister Raji and her fiercely protective younger brother Madhan are left to fend for themselves after the untimely demise of their parents. With a little bit of help from their paternal aunt, the two grow up to be two wonderful siblings, deeply caring for each other.

The only problem with Madhan is that he is into illegal street bike racing. Raji is unaware of this weakness of Madhan, who she trusts with all her heart.

During one such race in which the stakes are huge, Madhan is caught by an honest, competent traffic cop called Rajasekar (Siddharth). Madhan tries to escape his clutches but is eventually nabbed after a hot chase.

Annoyed at the behaviour of Madhan and his race rival, Rajasekar decides to teach Madhan a lesson. He makes him wear the night dress of a woman while arresting him and taking him to the police station, where he is made to spend a day.

What’s more, he makes a video of the incident and puts it out on youtube. Humiliated to the core, Madhan begins to consider Rajasekar his sworn enemy. When he gets out of the police station, he finds to his surprise that his aunt has arranged an alliance for his sister. By the time he realises who it is, the girl and the boy have fallen in love with each other. Yes, you guessed it right. Rajasekar is the prospective bridegroom who wins the heart of Raji.

Madhan is furious. He makes it clear that he will not accept Rajasekar as his brother in law. Poor Raji is in a fix. She cannot let her brother down and at the same time, she finds it difficult to say no to the man she wants as her life partner. What happens next is what the film is all about…

What makes Lijomol’s performance outstanding is that it outshines three other excellent performances –Siddharth, G V Prakash and Kasmira Pardeshi, who for a debutant does an outstanding job.

Siddharth looks trim and fit as a police officer. Grim and firm while dealing with criminals, caring and concerned while dealing with dear ones, Siddharth has two completely contrasting set of emotions to portray but then, the man does it with such ease that you would think that it is like taking a walk in the park.

G V Prakash as the loving and fiercely protective younger brother does a neat job as well.

The film’s background score is nothing short of brilliant. And guess what, it has been scored by a newcomer called Siddhu Kumar. It is not just the background score. Even the songs of the film are mellifluous and a treat to both listen and to watch. Mayilaanjiye, in particular, is one number that really stands out. The tune and the visuals make you want to watch it on a repeat mode. This is one gifted musician who holds a lot of promise!

The film’s visuals are by and large rich and beautifully shot. Lighting is just perfect and the angles in some of the scenes are outstanding. Prasanna Kumar, who must be congratulated for his visuals in the film, also happens to be a cousin of director Sasi.

Now, that brings us to Sasi’s work in the film. As the director of the film, Sasi will get a portion of the credit that each department deserves. Be it acting, music, editing, cinematography, Sasi, as the director, will have to be given a portion of their credit. But apart from bringing together all of these people and extracting what he requires from them, Sasi will also have to be congratulated for a couple of other accomplishments. Accomplishments for which the entire credit must go to him and him alone.

The first of these is the manner in which he drives home the idea of how people, without their knowledge, seem to harbour thoughts that can be misogynistic.

For instance, there is a scene when Rajasekar’s mom has a chat with him about making Madhan wear a woman’s night dress. She asks him, “Why is it that you look down on women’s clothing when we do not have any problems washing even your underwear?” To this, Rajasekar defends himself saying, “Not me. It is Madhan who feels offended at having to wear a woman’s night dress.” It is here that Sasi scores. The mother then replies, “You made him wear a woman’s night dress although there were men’s pants around. You made him do it because you, deep in your heart, thought that that was the best way to insult him. You thought lowly of that dress and that was why you made him wear it.” That dialogue is like a wake up call for self-examination.

However, in the same breath, Sasi also seems to have faltered in a couple of other places. Like many other directors, he seems to believe that in an era of women empowerment, his film too will have to squarely blame men for anything and everything. This is NOT acceptable.

A case in point is the scene where two characters talk about how, in the name of love, men “imprison and enslave” women. This cannot be accepted as the same can be said of women who look to “imprison and enslave” men in the name of love. Blaming just one gender and generalising it to one gender seems to have been done to please feminists. Something, which one does not expect from a director of the stature of Sasi.

That apart, the film gets a little cinematic and unrealistic towards the end, delivering quite a blow to its credibility. One feels a tighter climax could have made the film a lot more engaging.

Nevertheless, the film is by and large an engaging, cute family-oriented action thriller that is definitely worth a watch!