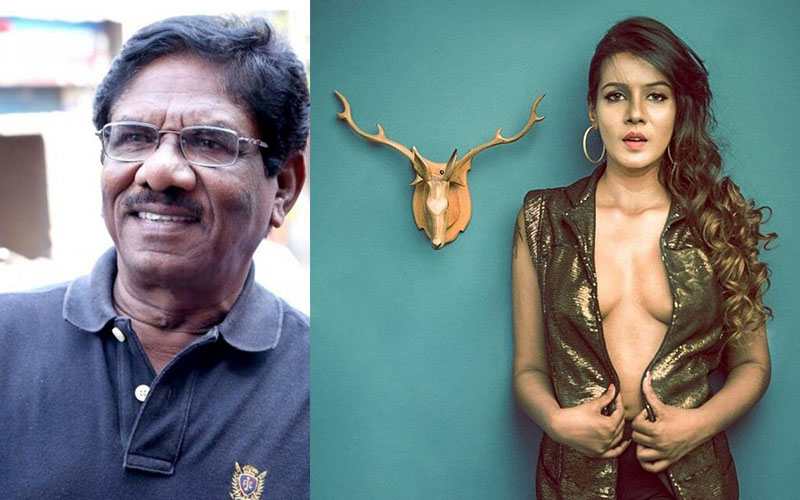 Veteran director Bharathiraja has lashed out at a well known feminist Meera Mithun, who has been busy making acrimonious statements and levelling serious allegations against top stars and their family members, through her video posts.

In a strongly worded statement, the director said, “Drunk on power that popularity brings, people are degrading one another. They speak ill about the personal lives of others and social media happily presents this to the outside world. All this makes one wonder if these mark the beginning of a new and dangerous culture in Tamil cinema that is similar to hurling a stone at a glass house or lying flat on the ground and spitting in the air.

“One is wrought by worry if whether the time period when all of us respected one another and worked together has passed,” Bharathiraja said and heaped praises on actors Vijay and Suriya, who, he claimed, were living their lives in such a disciplined fashion giving no room to tarnish their names.

“Their dignified married lives, which they have beautifully led over the past so many years, stand before us like mirrors.

“Just like hurling slush on a beautiful painting, a woman named Meera Mithun has let loose her words, without bridling them. Her words have shattered all limits.

As a senior member of the film fraternity, I am obliged to condemn her transgressions,” Bharathiraja said.

Calling Meera Mithun, a “little girl”, Bharathiraja said she must henceforth stop talking in an immature way to gain fame and popularity.

“Those in the film fraternity will not tolerate defamatory statements being made against dignified actors’ families. I strongly condemn statements made until now,” the director said.

He gave her a piece of advice, saying that she must work hard and strive to earn a good name by setting right her thoughts. “There are so many ways to live. Don’t abuse or blame others to build a fortress. If you build it that way, it will only be a sand castle.”