It is an undeniable fact that the Bigg Boss House is, in reality, a miniscule model of our society today. And therefore what we do witness happening in the house, is actually a reflection of what is and has been happening in the society outside it.

Let’s take a look at the developments that have happened in the Bigg Boss (Tamil) house this week and their significance for us as a society.

The week started with the reintroduction of former Housemate Vanitha Vijayakumar into the house as a guest.

Immediately on arrival, Vanitha Vijayakumar poisoned Sherin’s mind saying that she must not trust those who praise her and that one is safe as long as one is being criticised. Sherin gladly accepts the ‘advice’. 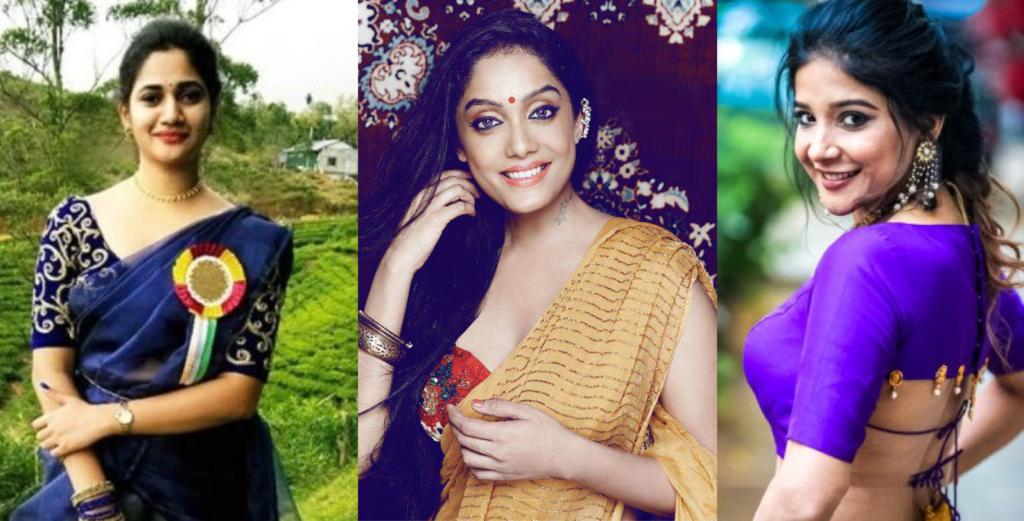 She then keeps appreciating Madhumitha. Vanitha finds fault with Kasturi’s decision in the fashion show task and says Madhu must have been chosen the winner. Madhumitha is delighted with this statement and immediately becomes Vanitha Vijayakumar’s stooge.

Vanitha Vijayakumar then faults Kasturi for choosing Sandy as the winner in the painting task. The painting task had three competitors and Sandy was chosen the winner. But then, Vanitha Vijayakumar is more interested in making the only woman contestant the winner. She tells Kasturi that she was wrong again and that the ‘Members’ (meaning the public) view was that Blue was the colour that was seen the most on the wall. This was to indirectly imply that the only woman contestant, Losliya, must have been declared the winner. Her idea is that whatever be the competition and irrespective of their performance, only a woman must win.

Vanitha Vijayan then turns her attention on Tharshan, who she knows has a good chance of winning the title. She cannot tolerate the fact that a man might win a competition. So, she dampens his spirit by saying, ‘This title is being given to you as alms. You wouldn’t want that, right? You have at least that much self respect.’ Madhu is seen backing Vanitha Vijayakumar. 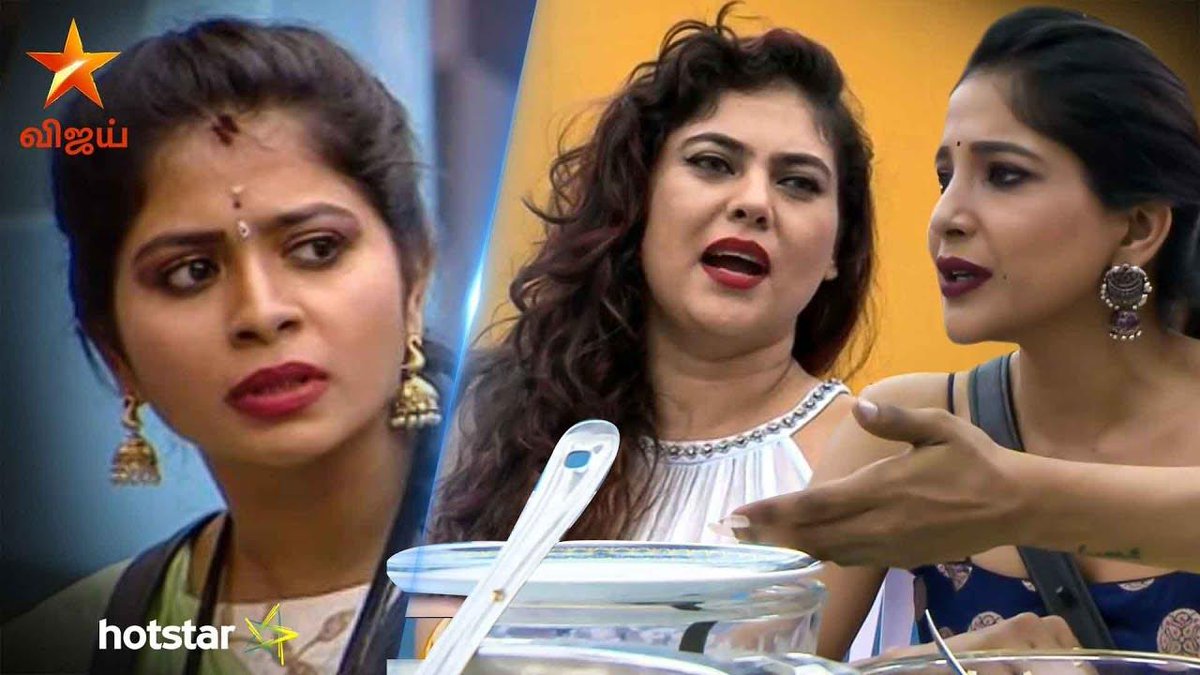 Vanitha then trains her guns on Mugen Rao by pretending to give advice to Abirami. She tells Abirami that after having acted in Nerkonda Paarvai, the remake of Pink, she could have gained so much popularity if she had played the game right. She gives a brief lecture on women empowerment and then comes to her real agenda – shifting the blame from a woman to a man.

While everybody knows that Abirami was the one who repeatedly kept professing her love for Mugen, despite the latter making it clear that he was only treating her as his friend, Vanitha Vijayakumar is intent on blaming him more for the developments.

Referring to what Kamal Haasan said last weekend, Vanitha tells Abirami that Mugen had emerged a hero while she had ended up a zero.

The women rally together and gherao Mugen Rao. They interrogate him fiercely in a bid to force him to accept that he was more at fault. Vanitha tells Mugen that she holds him 200 per cent responsible for the sorry state that Abirami finds herself in.

The boys stick together, rallying for Mugen. The only odd man out is Cheran, who decides to exploit this situation of women versus men to his advantage. He chooses to take the side of the women knowing fully well that no matter what, society will back only women when it comes to an issue involving both genders.

Vanitha then decides to educate the women more about their powers. She makes statements like ‘Women’s tears have value’. She also asks the women of the house who she thinks has more value, women or men. ‘Whose value is more? Men chase women. Is the one pursuing of more value or is our value, the ones who are being pursued, more?,’ she asks. Her stooge Madhumitha promptly answers,”Our (women’s) value is more.”

Vanitha then declares that the men have been using women as scapegoats and blames the entire male gender. The other women housemates, except Losliya, seem to be eager to agree to what she says. Madhumita in particular wholeheartedly believes Vanitha Vijayakumar’s poisonous idea.