Skip to content
You are here
Home > Latest News > Mission Mangalyaan glorifies women at the expense of men!

Mission Mangalyaan has taken Bollywood to a new low!

The just released film, featuring Vidya Balan, Nithya Menon, Sonakshi Sinha, Taapsee Pannu, Kirti Kulhari and Sharman Joshi and of course, the one and only Akshay Kumar, just reeks of sexism from start to finish. 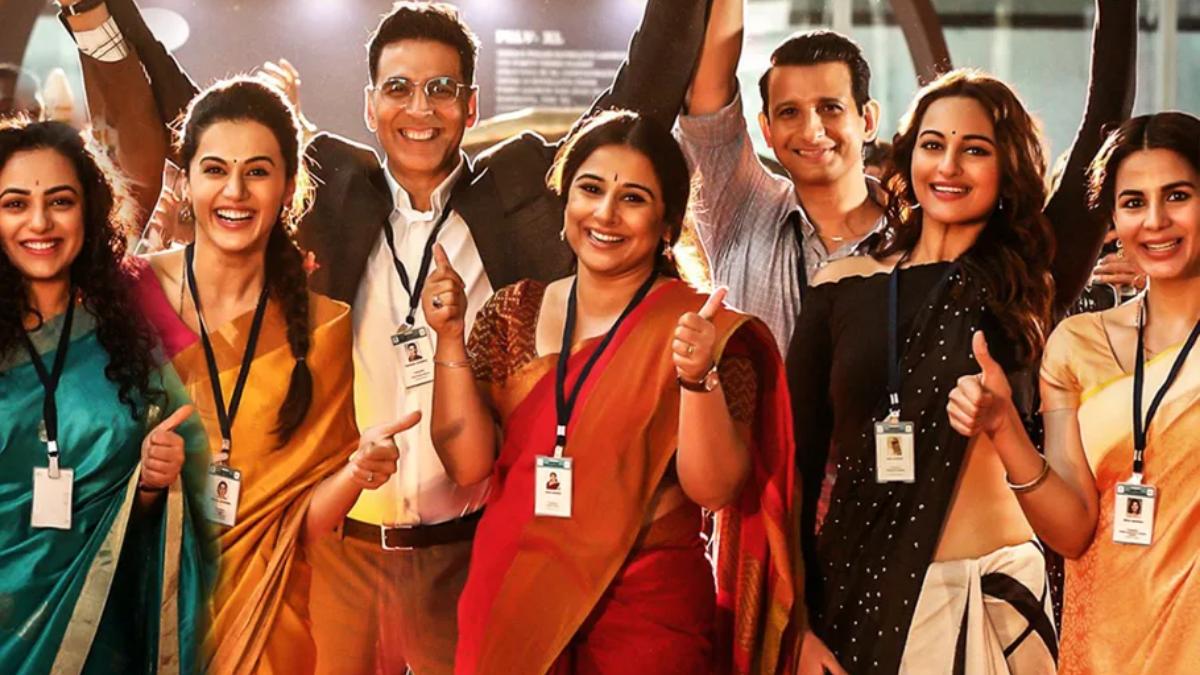 The term sexism for long has been used by feminists to such good effect that many have even begun to believe that what qualifies as sexism are prejudiced ideas, behaviour, thoughts and statements made only against women. Quite a few aren’t even aware that it is a common term to denote prejudice, discrimination and stereotyping of people of any gender.

Mission Mangalyaan is full of it. Let me list out some scenes in the film that reek of sexism against men.

There are several insults that this film heaps on men but the biggest of the lot is crediting women for the work and the success of a brilliant and hardworking team, which, by and large, comprised men. The film seeks to give the impression that it was by and large the work of the women that made Mangalyaan succeed.

Of course,the filmmakers will take shelter in their claim that this is just a fictional piece of work and that all or most of its characters are imaginary. But then, consider the fact that they have used the name Mangalyaan and some actual facts associated with the Mangalyaan mission and you arrive at a situation that leaves the ordinary man on the street with the impression that it was ONLY because of the women that the Mangalyaan Mission was a success.

To know about the real men who made this mission successful, click here :

By seeking to give such an impression, this film attempts to steal from the thousands of selfless male scientists who worked on the Mangalyaan mission, their fair share of glory. By doing this, this film scoffs at the precious contributions made by scores of talented, dedicated, hardworking and intelligent men of ISRO, all of whom have toiled tirelessly and sincerely for decades to take ISRO and India to where it is today in the world of science and technology.

As if this wasn’t enough, here are some other scenes where sexism reared its ugly head in the film. 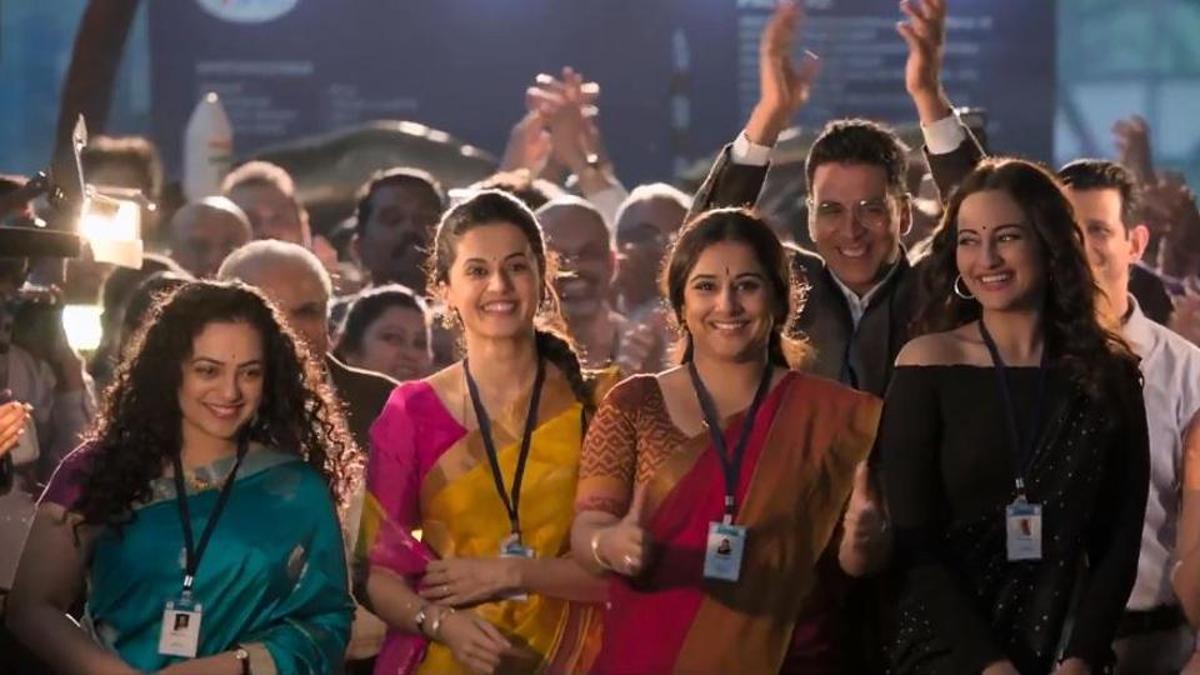 Scene 1:
Kritika Aggarwal (Taapsee Pannu) is supposed to be learning to drive a car. Her car instructor happens to be a male. He asks her to shift gears while keeping her eyes on the road and she grabs his crotch assuming it to be the gear box! This is meant to be a comedy sequence!!! Why was this scene which is absolutely irrelevant to the plot there? If you think this was funny, then, imagine a sequence wherein a male driver learning to drive does that to a female instructor. Think it’s funny now?

Meet the real people behind the Mangalyaan mission

Scene 2:
The team is led by Rakesh Dhawan (Akshay Kumar). His next in command is Tara Shinde (Vidya Balan), the project director. Then, there is Ekta Gandhi (Sonakshi Sinha), Kritika Aggarwal(Taapsee Pannu), Varsha Pillai(Nithya Menon) and Neha Siddiqui (Kirti Kulhari). The only two men in the team are the aged Ananth Iyer (H.G. Dattatreya) and the young and deeply religious Parmeshwar Naidu (Sharman Joshi). While all the women are shown as enterprising professionals, Parmeshwar Naidu is shown as a person whose most important objective is to get married!

He even tells Rakesh Dhawan on the very first day of his joining the Mangalyaan team that he has no intention of continuing there as he has other important priorities — (ie) getting married. However, he has a change of heart the instant he sees Ekta Gandhi walking into the office and decides to continue in the division!! We are given the impression that the only reason the lone young male scientist in the team chose to work on the Mangalyaan mission was because of a woman!

ALSO READ –  Meet the men behind the Mangalyaan mission

Scene 3:
The head of the mission Rakesh Dhawan touches the feet of his project manager Tara Shinde, apparently awestruck by the intelligence and wisdom of women!! Will Bollywood ever dare to make a film in which it shows a much older female boss falling at the feet of her much younger subordinate in awe of  men’s wisdom?

Scene 4:
Immediately after the Mangalyaan mission becomes a success, Ananth Iyer is shown telling his female colleagues, this mission was a success only because it was named MOM (Mars Orbiter Mission). Had it been named DAD, it would have been a dud! How sickening is that?

Apart from this, there are several other instances in the film where men are shown as being inefficient, insensitive and incompetent.

Ironically, many believe that this film could have been well been inspired by a picture that went viral in 2014. The picture was that of a group of Indian women, who were initially believed to be scientists at ISRO, celebrating the entry of Mangalyaan into the Martian orbit. ISRO later clarified that the women in the picture were not scientists but actually administrative staff at ISRO.

This is not to say that there were no women scientists in the mission. There were women and they did make significant contributions to the project but their contributions were by no means and by no stretch of imagination greater than that of the contributions made by the men on this particular project which left the world awestruck. To present it that way is absolutely atrocious and totally unacceptable.

Click here, to know about the real men who made this mission successful