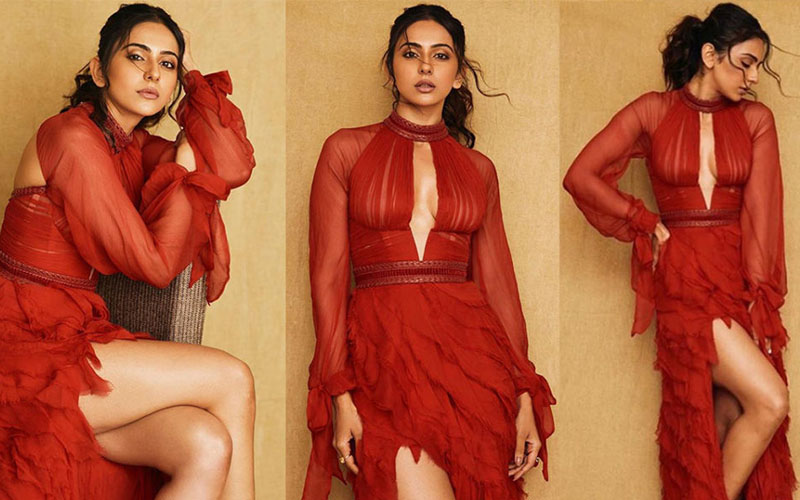 The Delhi High Court today said that it hoped that media houses would show restraint and abide by the Programme Code and other guidelines, both statutory and self-regulatory, while reporting on actress Rakul Preet Singh in connection with the Rhea Chakraborty drug case.

It may be recalled that actress Rhea Chakraborty, who has been arrested by the Narcotics Control Bureau for procuring drugs, had reportedly disclosed a list of Bollywood celebrities who had used narcotic substances. In that list, she had allegedly named actresses Sara Ali Khan and Rakul Preet Singh and designer Simone Khambatta.

Media publications began speculating that the actress would be called in for questioning by the NCB in this regard.

It is under these circumstances that Rakul Preet Singh, who is popular in both the Tamil and the Telugu film industries, filed a petition in the Delhi High Court, pleading for an order to restrain media from putting out any report connecting her with the Rhea Chakraborty drug case.

Advocate Aman Hingorani, appearing for Rakul, claimed that the actress, who was shooting in Hyderabad, suddenly discovered on September 11 that Rhea Chakraborty, the girlfriend of late actor Sushant Singh Rajput, had named her as a person doing drugs before the NCB.

Alleging that media houses had been filing defamatory and deliberately false reports, Hingorani claimed that Rhea had retracted her statement to the NCB and that media houses were not highlighting this development.

Pointing out that as a result of these ‘false’ reports, Rakul was being removed from endorsement contracts, Hingorani prayed for an order that would restrain media from publishing any news report about Rakul connecting her with the Rhea Chakraborty drug case.

The court observed that there could not be an order to gag the media but at the same time pointed out that there had to be some kind of restraint as a person’s reputation was at stake.

Ordering notices to the Ministry of Information and Broadcasting, the Prasar Bharti and the Press Council of India, the Delhi High Court, as an interim measure, has directed that they should expeditiously decide the issues raised in Rakul’s petition.

The case has been posted for further hearing on October 15.