Skip to content
You are here
Home > Home > Review: Maara 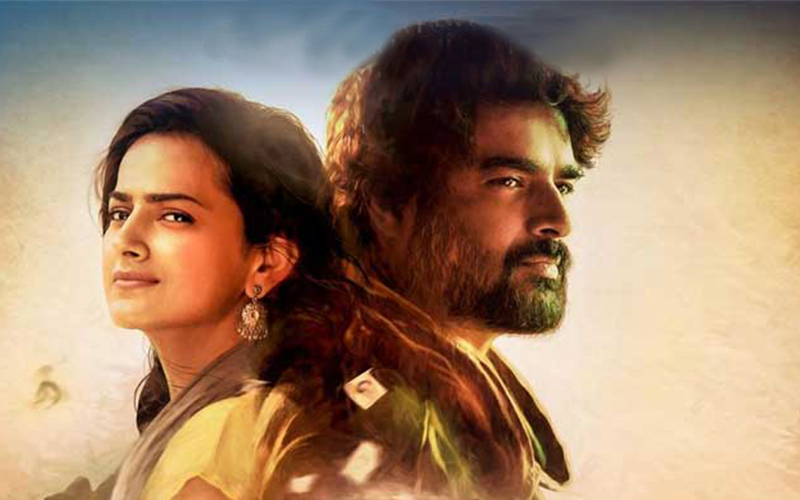 Director Dhilip Kumar’s Maara, heavily inspired by the immensely popular Malayalam film ‘Charlie’, is a lacklustre film that lacks both charm and intensity.

‘Charlie’ had several factors working for it. Be it the way the story began, characterisation, the interactions between various characters and finally, the climax, when the hero introduced himself and announced his name as Charlie for the very first time– all of these added charm to the film.

Unfortunately, the makers of ‘Maara’ seem to have failed to appreciate this fact and have attempted to change many of those factors that made Charlie a highly popular and loved film. As a result, Maara comes across as a boring film for the most part. There are very few portions where the film actually manages to measure up to the standard of the original.

‘Maara’ starts of with young Paru demanding a new story from her grandma while on a bus journey. As grandma has no new stories to tell the child, a volunteer at a medical camp seated next to the grandma offers to tell the child a story about a brave soldier and a fish that has his life locked in it.

Years pass by and the young girl Paru (Shraddha Srinath) grows up to be an expert in restoring artefacts and structures. She also happens to be a rebel when it comes to marriage.

Assigned to restore an old government building, Paru arrives in a new town where she sees the fish and the soldier story painted on select walls of some of the structures in the vicinity. The painting catches her attention as it has been done in such a way that it would appear meaningless to all those passing by but would make sense only to the people witnessing it from one distinct point — the painter’s room that is located on the first floor of a dilapidated building. She soon finds the room only to realise that it belongs to Maara (Madhavan) a happy-go-lucky wanderer, with a free spirit.

Soon, she takes a fascination for the paintings of Maara and very soon for him as well. How she tracks him, meets him and expresses her love is what the story is all about.

Maara fails from the word ‘go’. The opening sequence in which the medical camp volunteer narrates a boring story to the child is so sleep-inducing that you begin to wonder where this is going. To make matters worse, the story makes no sense.

Some of the scenes in the film are also not quite so convincing and leave a lot to be desired. In fact, on second thought, this problem primarily arises because of improper casting.

Stand up comedian Alexander, who reprises the hilarious and immensely popular character of a thief, is found wanting and doesn’t look convincing one bit.

Actress Abhirami, who played the female lead in Virumandi, plays a prostitute in the film. Again, a not so convincing performance from the actress.

The film’s climax also is very different from the original but this is reasonably good.

On the brighter side, the film’s lead actors Madhavan and Shraddha Srinath do justice to their roles. They are also ably supported by a host of gifted actors like Mouli, Kishore, Guru Somasundaram and Sshivada.

Ghibran’s music for ‘Maara’ is as mellifluous and catchy as the music in ‘Charlie’ and cameramen Dinesh Krishnan and Karthik Muthukumar do an awesome job when it comes to cinematography.

Ajayan Challisery, the art director of Maara, deserves a standing ovation for the phenomenal work that he has done in this film. It really stands out and lifts the film a notch.

On the whole, Maara is just a shadow of what of Charlie was!