The film has a spectacular beginning and promises an interesting plot, only to disappoint some moments later. However, the film recovers after a point and then provides entertainment in parts. In short, what could have been a fine film ends up being a long drawn affair because of unnecessary heroics added to bolster the image of the hero.

Without wasting any more time, here’s the synopsis. 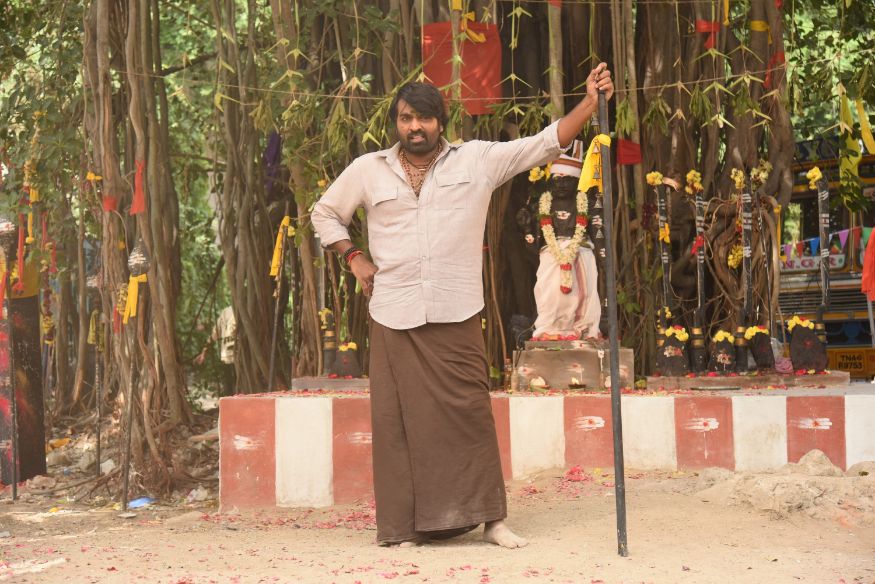 Master’s story revolves around Bhavani (Vijay Sethupathi), a soft-spoken hardened criminal whose soul’s hardness is matched only by the hardness, power and brute force of his right fist.

Bhavani, as a kid, sees his parents being brutally murdered by those from the upper caste. Not satisfied with the harm they have inflicted on him, the upper caste men pin the blame for the deaths on him and send him to a juvenile home for it. They don’t stop there and derive sadistic pleasure by paying corrupt juvenile home officials to torment him inside the home as well.

Repeated beatings and inhuman treatment at the home harden Bhavani’s body, mind and spirit. He soon figures out this corrupt system and its loopholes and then, decides to exploit the system to his advantage.

When the time to leave the home comes, Bhavani strikes a deal with the upper caste men intent on killing him. He asks them to give him a week’s time to live, saying he will provide them lucrative sums of money at the end of that week.

When he keeps his word, they choose to extend the deal for his life indefinitely.

“If you find me non-productive even one week, you can kill me that very week,” he says and buys time.

Years pass and Bhavani continues to rise in the world of crime. At one point, he decides it is time he puts an end to this practice of paying his enemies money to let him live. He gets rid of some of them.

The fact that kids cannot be punished with harsh sentences even for serious crimes works in his favour and using this loophole, he creates a dangerous system that makes young kids as scapegoats for crimes committed either by him or his accomplices.

The system he sets up starts delivering results and soon, Bhavani becomes a feared gangster.

It is in these circumstances that the judges hearing cases at the Juvenile courts sense that there is something seriously amiss at the juvenile home. They question jail officials as to why no teacher has been appointed to the juvenile home for years and insist that adequate efforts be made across the state to immediately find an appropriate person for the job. 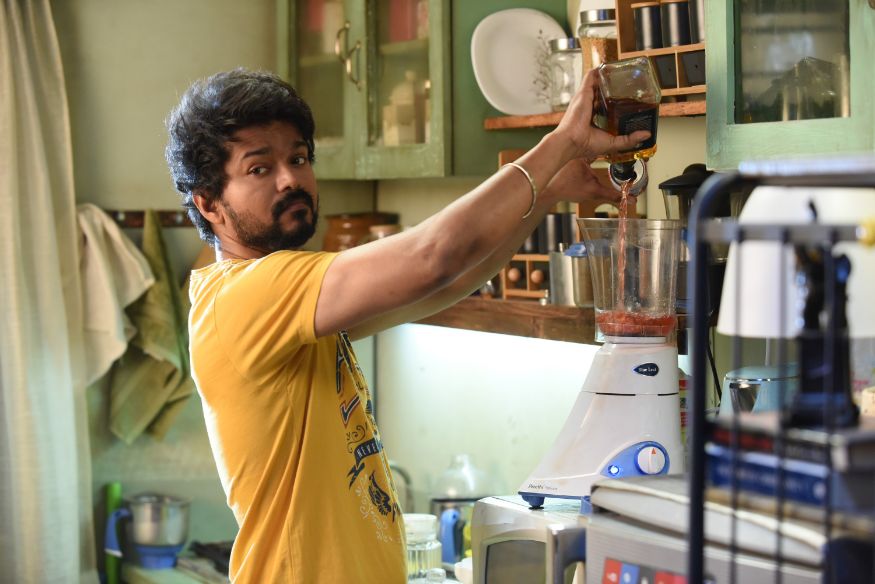 JD (Vijay), a college professor with a drinking problem,takes up the job and how he destroys Bhavani’s system and restores the rule of law is what Master is all about.

First things first, the film has a series of excellent performances. The first among these comes from Mahendran, who plays the young Vijay Sethupathi. His body language, look and dialogue delivery — all perfectly bring out the intensity of the situation.It’s a small role but one that is done with so much heart that it stands out and wins your attention hands down.

Vijay Sethupathi, as the older Bhavani, delivers yet another kickass performance in Master. As the calm, soft-spoken criminal with an iron fist, Vijay Sethupathi is all class and charm. He is a delight to watch through the film and a big strength of Master.

Two others whose performances are neat and impressive are Shanthanu Bhagyaraj, who plays a college student in the film, and Arjun Das, who plays a young criminal in the juvenile home.

Anirudh’s music is another big plus for the film and often enhances the intensity of proceedings.

Now, on to the flip side.

We all know how good Lokesh Kanakaraj is as a director. We saw that in Maanagaram and then in Kaithi. What remained to be seen through Master was how well Lokesh Kanagaraj would be able to call the shots when he had a top star like Vijay as the hero.

Sadly, Lokesh seems to have failed this test. He seems to have pandered to others’ wishes and that seems to have had a telling effect on the way the film has finally shaped up. No doubt, Master is an entertainer and it does manage to entertain. But honestly speaking, one gets the impression that it could have been a lot better if Lokesh Kanakaraj had been himself, without subjecting himself to the pressure of working on a big star’s film.

At least, scenes lasting almost 45 minutes of the film can safely be cut, without running the risk of damaging the main plot.

Nevertheless, the film has come out the way it has. It isn’t a great one but it isn’t a dull, drab one as well. In other words, Master can be watched once!