Skip to content
You are here
Home > Home > What is Jyotika’s Ponmagal Vandhal all about? 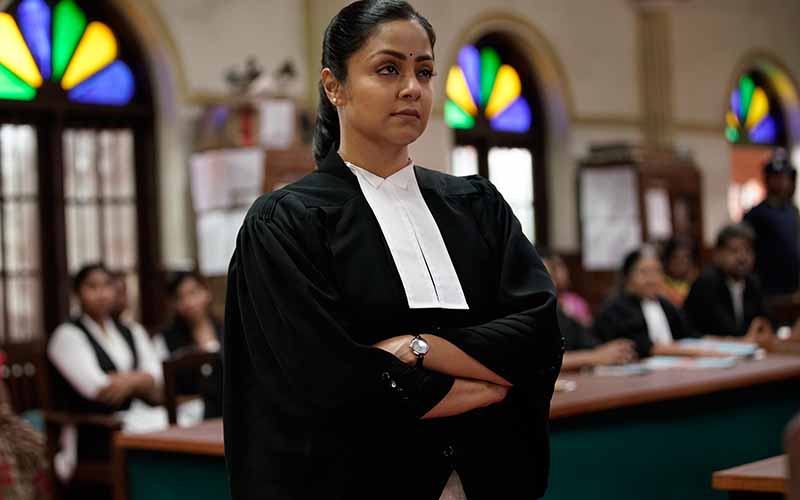 Actress Jyotika’s Tamil film Ponmagal Vandhal, which will be the first major Tamil feature film to be released on an OTT platform before being released in theatres, has been garnering quite some interest.

While most people know that the film is a courtroom drama in which Jyotika is a lawyer, not many know what the story is all about.

CineObserver.in gives you the details…

This riveting tale revolves around the story of a resident in Ooty named ‘Petition’ Pethuraj. Pethuraj reopens a case from 2004 that involves a serial killer called ‘Psycho Jyoti’. Psycho Jyoti has been convicted for kidnapping and murdering children.

Pethuraj’s daughter Venba (played by Jyotika) is a passionate lawyer. She examines carefully all the evidence that is available and unveils the truth.

The case is a devious maze where nothing is what it seems on the surface. Does Venba succeed in proving Jyoti’s innocence? Ponmagal Vandhal gives you the details…

Being the first Tamil film to premiere worldwide directly on Amazon Prime Video,

Ponmagal Vandhal will be available exclusively for Prime members to stream from May 29 in more than 200 countries and territories.

Talking about the film’s release on Prime, 2D Entertainment CEO and co-producer of the film, Rajsekar Karpoorasundarapandian, said, “We are thrilled to partner with Amazon Prime Video for the release of Ponmagal Vandhal where viewers and fans of high quality Tamil Cinema can enjoy this riveting courtroom drama, in India and around the world. The gripping legal drama, while being local in its narrative, is an engrossing story that will keep the audience on the edge of their seats. Ponmagal Vandhal is an eagerly anticipated film. The first look of the film received a phenomenal response and we have received several requests urging us to reveal more details. We are looking forward to taking the film to a worldwide audience and allowing viewers to experience Tamil cinema in its finest.”

Jyotika and Suriya have produced Ponmagal Vandhal under their banner 2D Entertainment. The film has been directed by a youngster, JJ Fredrick.