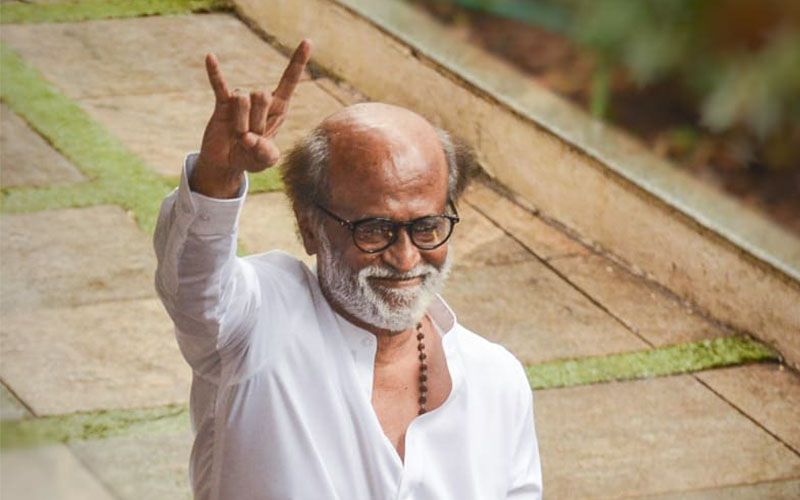 Actor and politician Rajinikanth, who is all set to launch his political party in January, 2021, has been admitted to the Apollo Hospital in Hyderabad.

Although the actor has tested negative for Covid 19, he has been admitted because of his wildly fluctuating blood pressure.

It may be recalled that only a day ago, the production house of his upcoming film, Annaththe, had announced that it was postponing the remaining part of the shoot as four of those on the sets of the film had tested positive for Covid 19.

The Apollo hospitals, Hyderabad too issued a statement, saying, “Rajinikanth has been admitted to the hospital today in the morning. He was shooting for a movie in Hyderabad since the last 10 days. A couple of people on the sets tested positive for Covid 19. Mr Rajinikanth was tested on December 22 for Covid 19 and he was negative. Since then, he isolated himself and was monitored closely.

While initial rumours suggested that Rajinikanth would be discharged by end of day, sources suggest that that may not be the case and that the actor will be kept at the hospital for the night.

Meanwhile, former Andhra Pradesh Chief Minister Chandrababu Naidu tweeted saying, “Deeply concerned about superstar @rajinikanth after hearing the news of him being admitted to a hospital today. Wishing him a speedy recovery and good health!”