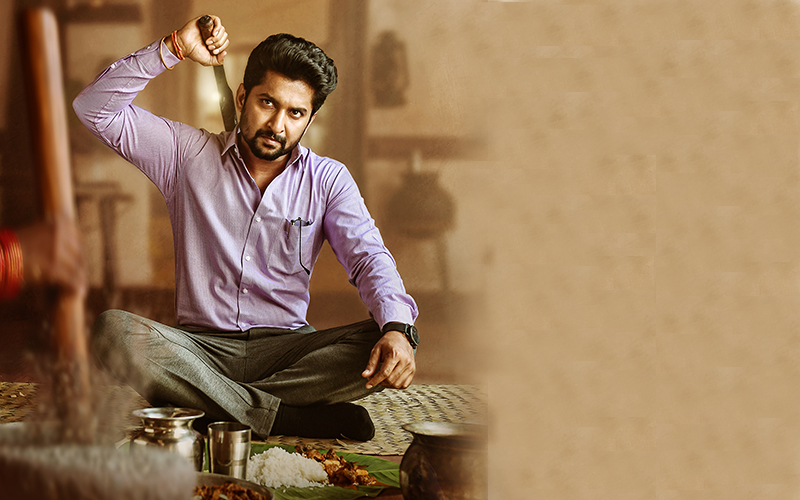 The first look of Telugu actor Nani’s upcoming film Tuck Jagadish released today on the occasion of Christmas, much to the delight of his fans, who are absolutely thrilled.

The picture is interesting for although Nani is dressed in formals, he seems to be pulling out a sickle from his shirt. What’s more, he seems to be in the process of having a meal while doing so.

The makers, while releasing the first look of the film, also announced that the film would hit screens in April 2021.

This is the second time that actor Nani is working with director Shiva Nirvana. The first was the blockbuster Ninnu Kori.

Ritu Varma and Aishwarya Rajesh play the female lead roles in the movie.

Tuck Jagadish, the 26th film of Nani, is being jointly produced by Sahu Garapati and Harish Peddi under the banner of Shine Screens.

Music sensation S Thaman is scoring the music while Prasad Murella is in-charge of the film’s cinematography.