Skip to content
You are here
Home > Home > Review: Asuran 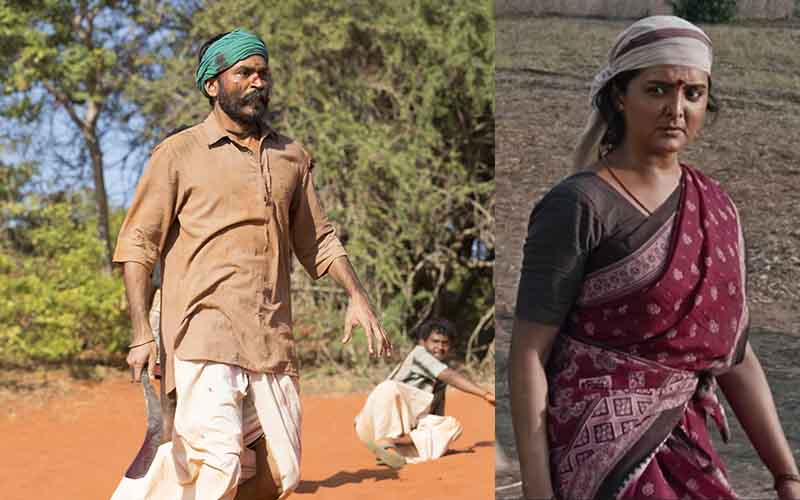 Vetri Maran is a genius when it comes to narration. And Asuran is his masterpiece. The credit for such a powerful, moving film must go not just to Vetri Maran but also to writer Poomani on whose novel Vekkai this film is based on.

Asuran is not a film that can be explained in words. It is something that you need to experience.

The film takes you through a variety of emotions and presents to you a range of issues,thoughts and customs that were rife in the southern part of Tamil Nadu from the 1960s to some time in the nineties.

One minute, it has you nervously wringing your hands in fear, hoping for the safety of those fleeing for their lives and at other moments, it has you seething with anger when those wronged crave for revenge. The story is told in such detail and with such precision that you don’t see the protagonist of the story Sivasamy five minutes into the film. All you see from that point on is yourself in Sivasamy’s shoes. The story leaves you so moved that you do not feel anger. You actually feel rage!

Asuran shows how brutal and egotistical humans can be and what can happen when egos get bruised.

On the one hand, it shows how the rich and the powerful are never happy with what they have and look to usurp even the small pieces of land the poor and the powerless have. It shines the light on how the bureaucracy and the administration, the police in particular, are happy to take the side of the haves against the have-nots. It shows how caste is used as a weapon to rally forces and how family fights are turned into caste wars.

That’s not all. Asuran tells you that experiences are what change a man and compel him to alter his priorities. Asuran makes you understand that it isn’t cowardice when a man holds back even when he is provoked. Asuran teaches you that while land and money can be grabbed from the poor, what cannot be grabbed from them is a good education.

Asuran has so much to offer that it is impossible to list all of it here.But what I can attempt to do is, give a brief definition of what it is.

Very simply put, Asuran is a gripping, blood-curdling, fear-inducing, rage-evoking thrilling masterpiece that is told with a lot of conviction and wisdom.

It has a series of outstanding performances. Dhanush as Sivasamy is just phenomenal. Dhanush’s performance can be split into two parts. One part is when he appears as the elderly Sivasamy who is the father of three children, one of whom has attained the age of marriage. As this Sivasamy, Dhanush displays the traits of patience, tolerance courage and fear. The other part is when he appears as the young Sivasamy, who is confident, brash, hot tempered and fearless. In both roles, Dhanush delivers a commendable performance.

Manju Warrier, who is making her Tamil debut through Asuran, comes up with a sterling performance. As Sivasamy’s wife, Pachaiyammal, Manju is strong, bold and fearless on the one hand and caring and nurturing on the other. After a point, the intensity of her agony makes her crave for revenge. In particular, the scene in which Dhanush and Manju break down when faced with an overwhelming loss is heart rending.

The film gets a 10 on 10 in three technical departments — Music, Cinematography and Editing.

Cinematographer Velraj’s lighting is awesome. In particular, there is a scene in the film in which Sivasamy and his son chidambaram make their way to the top of a hill in the midst of the forests. As they reach the top exhausted, they choose to rest. The location, the lighting, the angle from which the scene is shot — all of them are simply exceptional.

If Velraj’s visuals are one strength, GV Prakash’s brilliant background score is another one. The music enhances the mood of the film and takes it to another league.

Then comes the work of the editing department.Ramar, who is relatively new, is the editor of the film. He has done some outstanding work in the film as there is not a moment of boredom.

To cut a long story short, Asuran might be brutal, bloodied and belligerant but he is also brilliant any which way you choose to look at him! Go, check him out!

One thought on “Review: Asuran”