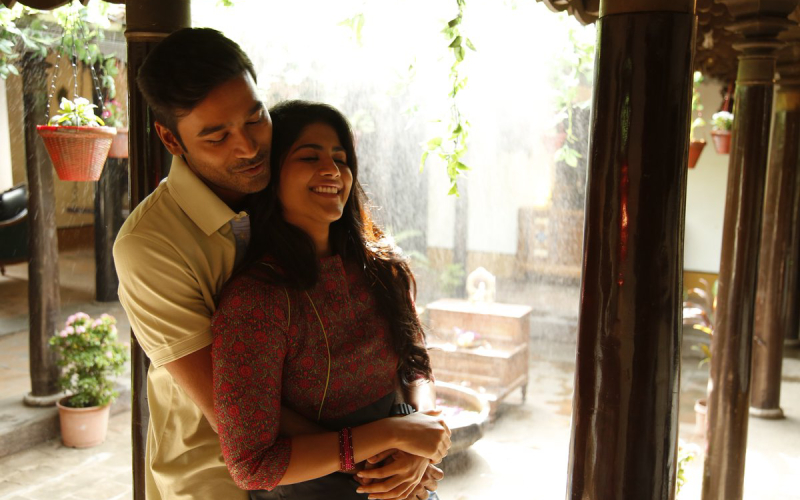 Ennai Nokki Paayum Thotta, which finally hit screens today after almost a three year wait, is a typical Gautham Menon film with quite a few scenes and situations in the film reminding one of plots and scenes featured in his earlier films.

Synopsis:
Raghu, who hails from a well to do family in Pollachi, is in Chennai for his studies. Staying at his college hostel, he pursues his degree. It is at this juncture that one day, a film unit arrives to shoot a film on the college premises. The period film has a new girl called Lekha (Megha Akash) playing the female lead. The first person she meets in college is Raghu and immediately sparks fly.

After some really entertaining romantic episodes, Raghu decides that Lekha is the girl he wants to spend the rest of his life with. He takes her to his home in Pollachi to introduce her to his family members which comprises of his father, mother and sister. They like her and she stays with his family for a month. All is well until her caretaker called Kuberan, a vicious, money-minded pervert who adopted her and financed her education, comes knocking on the family’s door.

He demands that Lekha work as an actress for five years and then after making him a few crores go her way. Raghu protests, but Lekha chooses to go with Kuberan. Lekha leaves fearing that her refusal to accompany Kuberan could put Raghu and his family in harm’s way.

Four years pass by and then, one day, just when Raghu’s younger sister gets engaged, he gets a call. The call is from Lekha, who has by now become a star. She calls him and tells him that this call is not about them but about Thiru, Raghu’s elder brother who left the family after the death of his sweet heart. Lekha says that she is concerned for Thiru’s safety and asks him to come to Bombay. What could have happened to Thiru? How did Lekha know about Thiru? Raghu heads to Bombay to find out…

Gautham Menon is a master when it comes to dealing with the romantic portions. And his work in this film too is no different. The romantic portions in the film are really classy and entertaining. It is a breezy love story and the chemistry between Dhanush and Megha Akash really works big time. Do we even need to say it? These portions are a big strength for the film.

If there is one factor that sets this film apart from all his other films, it is definitely the relationship that the lead character has with his elder brother. The bond between Raghu (Dhanush) and his elder brother Thiru (Sasikumar) is special and forms a considerable part of Ennai Nokki Paayum Thotta. This is a relationship that hasn’t been discussed, at least at this length, in any of Gautham’s prior films. Sasikumar has some interesting action sequences in this film and to his credit, one must say that he has aced it. 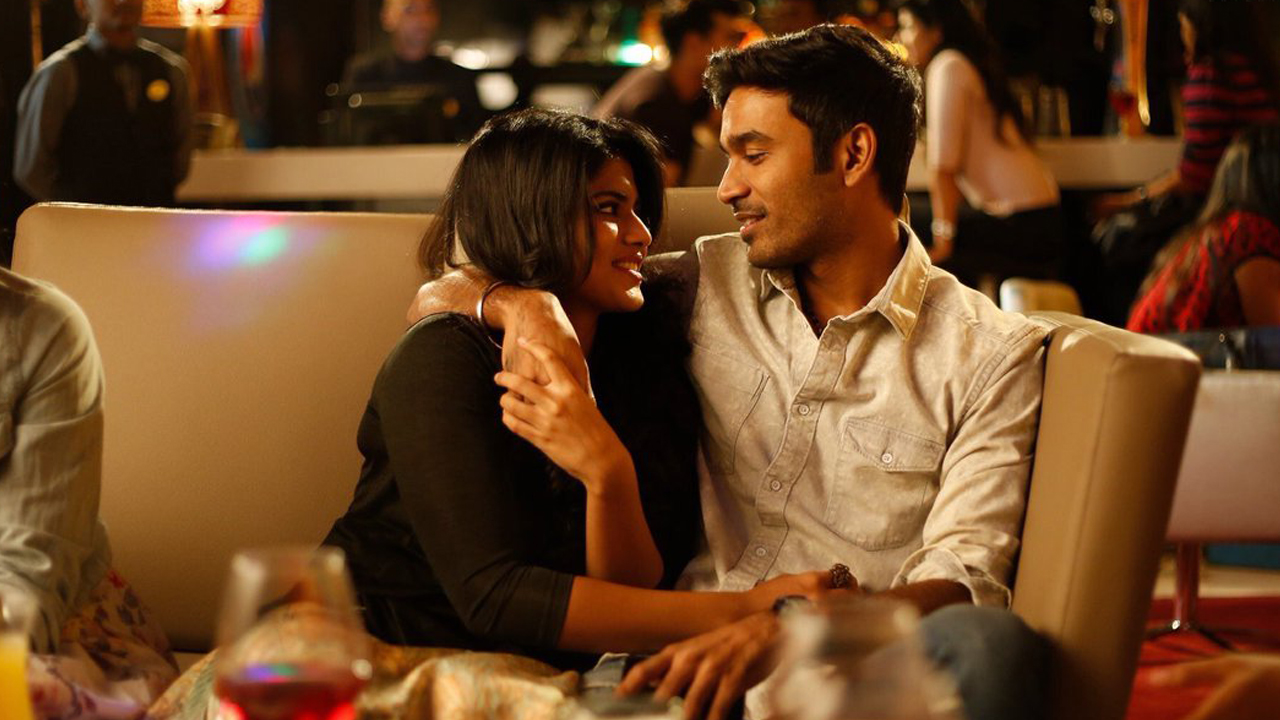 On the technical side, the film has two big pluses. One is Darbuka Siva’s scintillating music, which was primarily responsible for raising expectations to a level that could not be described as anything else but huge. The background score too is perfect.

Credit for the film’s cinematography has to go to three cinematographers — Jomon T John, Manoj Paramahamsa and S R Kathir. All three have done fantastic work in the film.

With regard to performances, there are three artistes who deserve a mention. First is Dhanush, who has no problems whatsoever playing Raghu. The master actor delivers yet another commendable performance. His chemistry with Megha Akash in particular is cute and endearing.

Megha Akash comes next. Considering that this film must have been her debut film ideally, Megha comes up with a performance that can be termed as refreshing and promising. The camera simply seems to love her photogenic face and her eyes help her communicate all that the dialogues don’t.

The film has a fine performance coming in from actress Sunaina too, who plays Dhanush’s friend in Mumbai.

What doesn’t work:
The film has some sequences that bear a striking resemblence to scenes one has watched in Gautham Menon’s earlier films. For instance, remember the scene in Kaakha Kaakha, where Suriya lies on the banks of a river with a bullet wound to his shoulder? Remember, how his soul tells you the story by way of recollecting all that has happened in his life? Well, in this film, Dhanush lies with a bullet wound to his chest and he narrates a considerable part of the story in that fashion.

The characters might have changed but their treatment and their behaviour hasn’t. This, to an extent, puts you off.

Next, the film has scenes that are too exaggerated, something that you generally don’t see in a Gautham Menon film. For instance, one shot is fired at Dhanush and he is saved by the buckle of his belt. Then, on another occasion, another shot is fired at him and this time, he is saved by a key his brother gave to him for safekeeping. All of this affect the credibility factor of the film.

The film is on predictable lines. One has no problems guessing what is going to happen next. But the bigger problem is that the film is a really long exercise. It is almost three hours long and one feels that it would be great if the film was a tad shorter.

But nevertheless, this film can be watched just for the romantic sequences between Dhanush and Megha Akash.