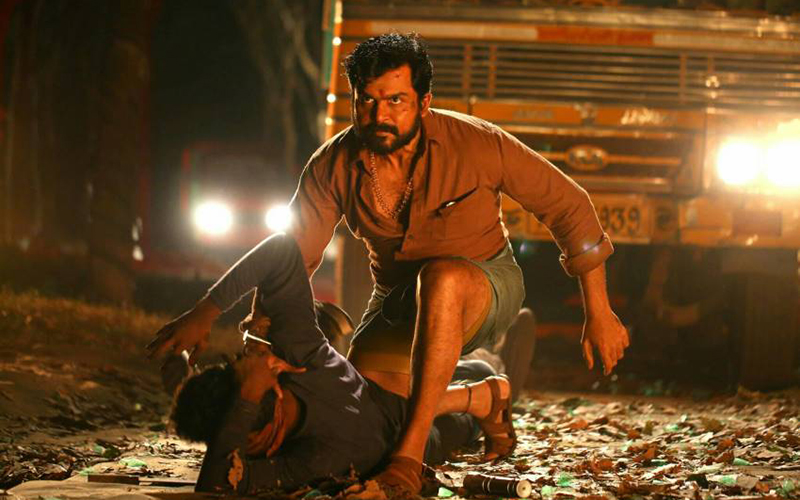 They say that the second film is the most important film in a director’s career. That is because those in the trade wait to see if the director really has what it takes to deliver winners at the box office or if whether his first film did well only because of a stroke of luck.

So, it goes without saying that those in the trade were eagerly awaiting the release of Kaithi, which happens to be director Lokesh Kanagaraj’s second film.

The man had delivered a brilliant masterpiece called Maanagaram as his first film and people were eager to know if this guy could really come up with yet another film that had the same class and standard as Maanagaram.

Well,make no mistake about it. Kaithi is as impressive as Maanagaram, if not more and Lokesh Kanagaraj is here to stay.

A brilliantly scripted film, Kaithi keeps you on the edge of your seat right from the word go. By the time it ends, it leaves you both thrilled and moved as well.

In fact, the film is so good that you actually crave for more. The good news is that the director has confessed to me that he does intend to make a sequel to this thriller!

The film starts off with an honest, upright police officer called Bejoy (Narain) and his team of young officers, who are fresh out of the Academy, confiscating 900 kgs of cocaine. It is the biggest seizure of drugs in the country and the value of the consignment runs into several hundered crores. 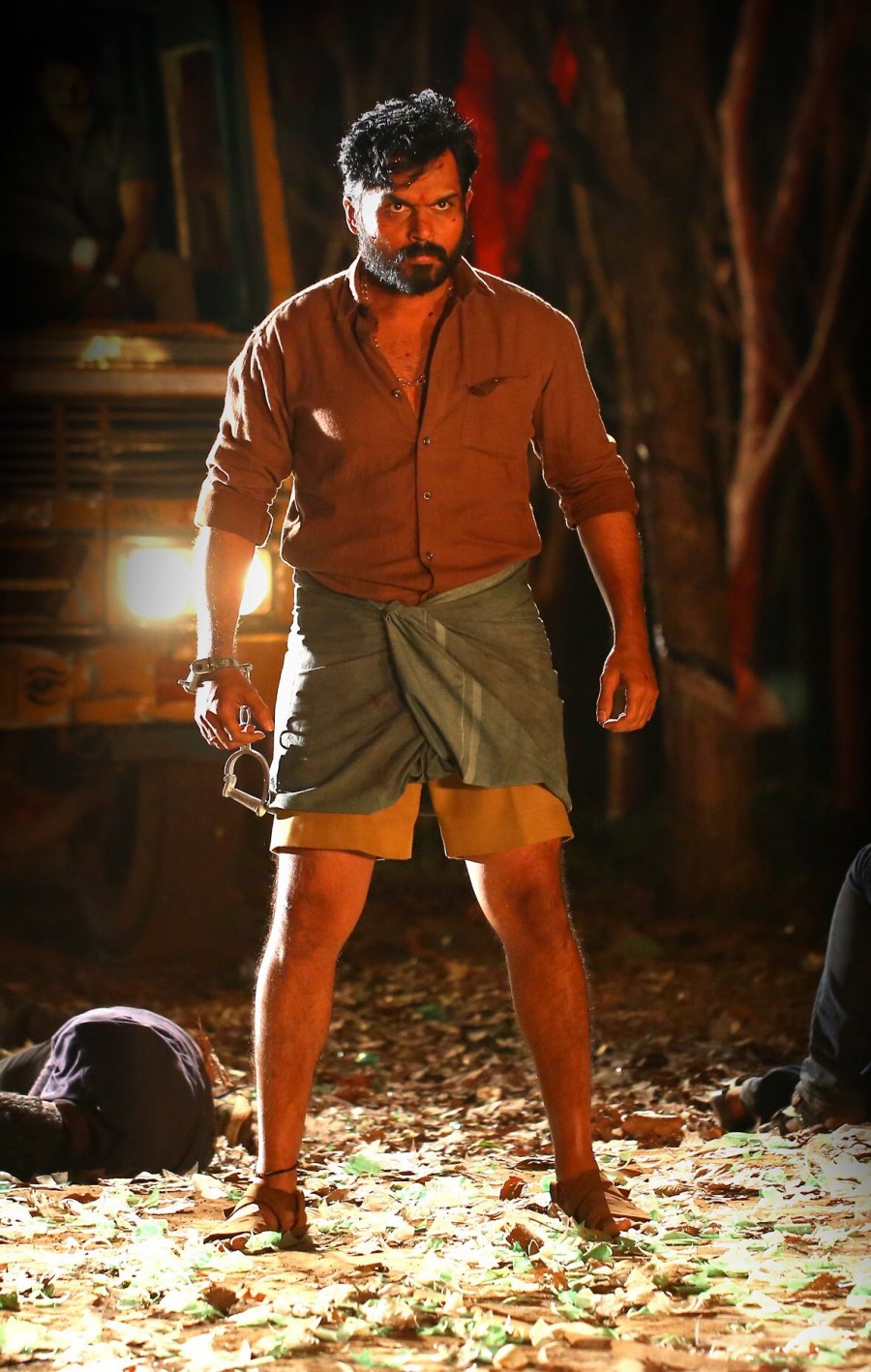 The consignment belongs to one of the most notorious and ruthless gangs in the business headed by Adaikalam, somebody whose identity is not known to the cops.

The seizure is the outcome of careful planning and execution of an undercover operation for almost two years.

Bejoy, who has an injured right hand, knows that the seizure is just the beginning of their troubles. He knows that the gang will stop at nothing and will deploy all means at their disposal including the application of political pressure and the use of extreme force, to reclaim the consignment. Leaving the seized stuff at the Commissioner’s office, he and his team mates make their way to meet their commanding officer, who is on the verge of retirement.

They arrive and begin to discuss the options they have. Even as this discussion is on, all the cops standing guard and including those from his team, start bleeding and fainting. It is evident they have been drugged. If proper treatment is not provided in five hours, they risk losing their lives.

Even as this development is happening at the police party end, the gangsters are meeting under the leadership of Anbudoss (Arjun Das), who is Adaikalam’s right hand man.

Anbudoss is so furious with the police confiscating such a big consignment that he longs for the heads of the five policemen, who were instrumental in making the seizure. He gathers all the notorious gangsters in the city and announces a reward for those who bring him the heads of the five policemen including Bejoy. He dispatches these gangs in search of Bejoy and his team even as he leads another team to the Commissioner’s office to reclaim the seized stuff using force.

With one hand broken and with over 40 policemen’s lives in his hand and with the task of securing the seized consignment on the other, Bejoy has a herculean task on his hands. What’s more, he has nobody to turn to for help.It is at this point that help arrives from an unexpected quarter…

Kaithi stands out for several reasons. First is that it does not have a heroine and that by itself is a big, big plus. Lokesh proves through Kaithi that it is not necessary for a film to have romance and song and dance sequences to make it succeed at the box office.

The film does not indulge in hero worship as well. The film does not glorify Karthi’s character called Dilli. It only gives the character its due just like how it shines the light on a number of other characters like Napoleon (George Mariam).

The film simply shows how necessity is the mother of invention and also highlights the fact that your heroes don’t wear a cape and drop down from heaven.

It drives home the point that your heroes are ordinary people, leading ordinary lives like yours but who rise to the occasion when there is a need, despite their fears and compulsions.

Kaithi underlines the fact that there are still people who will stand their ground even in the face of grave danger, even while others around them flee, and do their duty.

This apart, Kaithi tells about the love a dad has for his daughter, even if he does not express it enough!

There is not a single scene in the film that makes you feel bored, thanks to the brilliant screenplay.

The story moves at a blistering pace and you find yourself drawn into it, just five minutes into the film.

Karthi does an outstanding job as Dilli. The character isn’t an easy one to play. As Dilli, he is calm, composed, irreverential and hardened on the one hand and full of love and hope on the other. He showcases both hatred and love with equal ease. He displays exceptional agility in the fight sequences, making them impressive.

Naren as Bejoy makes a very strong comeback through Kaithi. It is a treat to watch this man act and one only hopes and wishes, Tamil cinema will make use of him more often.

Comedian Dheena as Kamatchi makes a very strong impression in this film. He is in fact one of the charmers of the film. It is hard not to take note of him for he manages to slip in humour even in such a tense film as Kaithi. In fact, the only comical relief comes not from George Mariam but from Dheena.

One of Tamil cinema’s most established comedians George Mariam plays a serious role in this film. As the lone cop who is left to defend the Commissioner’s office, he does a splendid job.

Arjun Das, whose deep set voice has a magnetic impact on listeners, steals the show with an impressive performance as Anbudoss. One wonders where this talented youngster was all this while and how Tamil cinema hasn’t taken note of such talent.

The visuals of cinematographer Sathyan Sooryan are a feast for the eyes. Getting the lighting right while filming shots in the dark is tricky business but Sathyan Sooryan proves that he’s an ace when it comes to shooting such films. His wise choice of angles and frames strengthen the narration.

Music director Sam C S’s background score is just apt for the film. It accentuates the mood that the director is looking to convey at different stages of the film. Be it fear at one point, threat at another, courage in a third instance or love, the music just amplifies the emotion, making it hard to miss.

Philomin Raj’s editing is another big reason why Kaithi is what it is. The editor has ensured that there is not a single scene that is useless or redundunt in nature. He is to be given the credit for the film being racy and thrilling!

In all, this is a film that cannot be missed!