Director Atlee’s Bigil is a reviewer’s delight! Films like these give you the opportunity to play guessing games throughout their run time.

Quite a number of times during the course of the film, without even realising that you are doing it, you tend to exclaim,”Ah! so, this scene is more or less a rehashed version of this scene from a Hindi film” or “This resembles this scene from a Tamil film.” It might not give you the same joy you get out of solving a crossword puzzle, but believe me, it does give you some satisfaction nevertheless.

Moving on, Bigil is Atlee’s film on ‘women empowerment’.

It has everything that the makers believe will ensure a winning formulae for their film in the box office.

Hero worship, women empowerment and sports. Each of these factors have specific groups of admirers. The filmmakers seem to have thought that if they can entice the groups of all three factors, they are sure to have a winner at the box office and that is what they seem to have attempted to do. 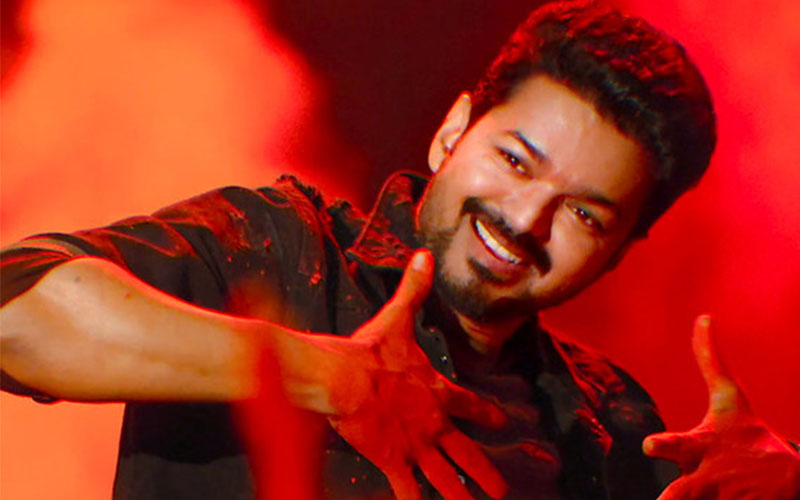 Bigil is about glorifying both of Vijay’s characters and keeping his fans happy. Sadly, it is done at the cost of the film, considerable portions of which appear exaggerated and artificial.

Sample this: Bigil, who happens to be the coach of the Women’s football team from the state, is hauled to a senior cop’s office in New Delhi without being informed of the reason for arrest.

There, when he demands to know the grounds on which he has been summoned for questioning, the cop arrogantly says that he could conjure up one reason or the other for having him brought to the station.

He points to the TV which has visuals of the Delhi Chief Minister’s convoy proceeding to someplace and says he could claim that he suspects a threat to the CM and cite that as a reason. One-and-a-half minutes later, Bigil’s men really ram their car into the CM’s convoy! If you thought the NCR was a well protected zone, you might wanna think again!

If that isn’t enough to impress you, there’s more. These moves of the “coach” wherein he sends his men to ram and stop the CM’s convoy apart from having a police jeep stationed outside the station explode, scares the top cop so much that he lets him go with folded hands!

Never knew that people could get away just like that after destroying police property and more importantly, threatening the safety of a Chief Minister! But what the heck, Bigil can do anything! That’s just a sample for the exaggeration part. As for the artificiality part, all you have to do is watch the football matches in the film and you will get what I have to say. 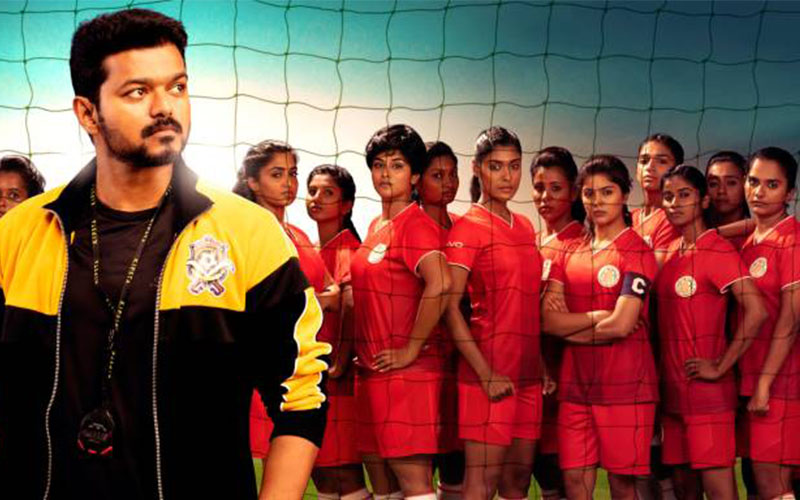 Simply put, both genders are equal. To be more politically correct, no gender can be over or underrated. You violate this rule and you are being sexist. It’s as simple as that. But Bigil doesn’t care about all of that. It happily glorifies women at the expense of men.

Hell, it even has a song “dedicated” to “women empowerment” and in it, comes a line which goes, “Aan Iname unnai Vanangume (The whole male species will bow down to you.)” Now, imagine what would happen if the song was about men and it had a line in it which said that the entire female species would bow down to men?

That apart, the film also has a little bit of what we would call body shaming. There’s an overweight woman in the team and Bigil happily keeps insulting her. Oh, I forgot. Actually, he tries to “motivate” her by calling her “Gundamma”! Some motivation that!

It is not that the film has only problems in it. It also has its pluses. Actor Kathir, that brilliant actor who delivered an unforgettable performance in that masterpiece called Pariyearum Perumal, impresses yet again. Nayanthara comes up with a measured performance and delivers what is expected of her convincingly. Vijay himself is impressive in most portions. But then, these aren’t going to impress a viewer if the story isn’t convincing.

One laudable point that the film makes is about acid attack survivors. It encourages them to rise up and shine and not hold back. That is something worth lauding. Other than that, there isn’t much for one to cheer about Bigil.

To sum up, Bigil might keep his fans happy. Whether he will be able to keep others happy is a big question that only time can tell.