Vinoth, whose first two films Sathuranga Vettai and Theeran Adhigaram Ondru were nothing less than brilliant, has opted for a remake as his third film. Nerkonda Parvai is the Tamil remake of the Hindi film Pink, which had Amitabh Bachchan playing the lead.

The story is pretty much the same. Three middle-class working women who stay together in an apartment attend a music concert one night, where they meet an acquaintance who introduces them to two other male friends of his. 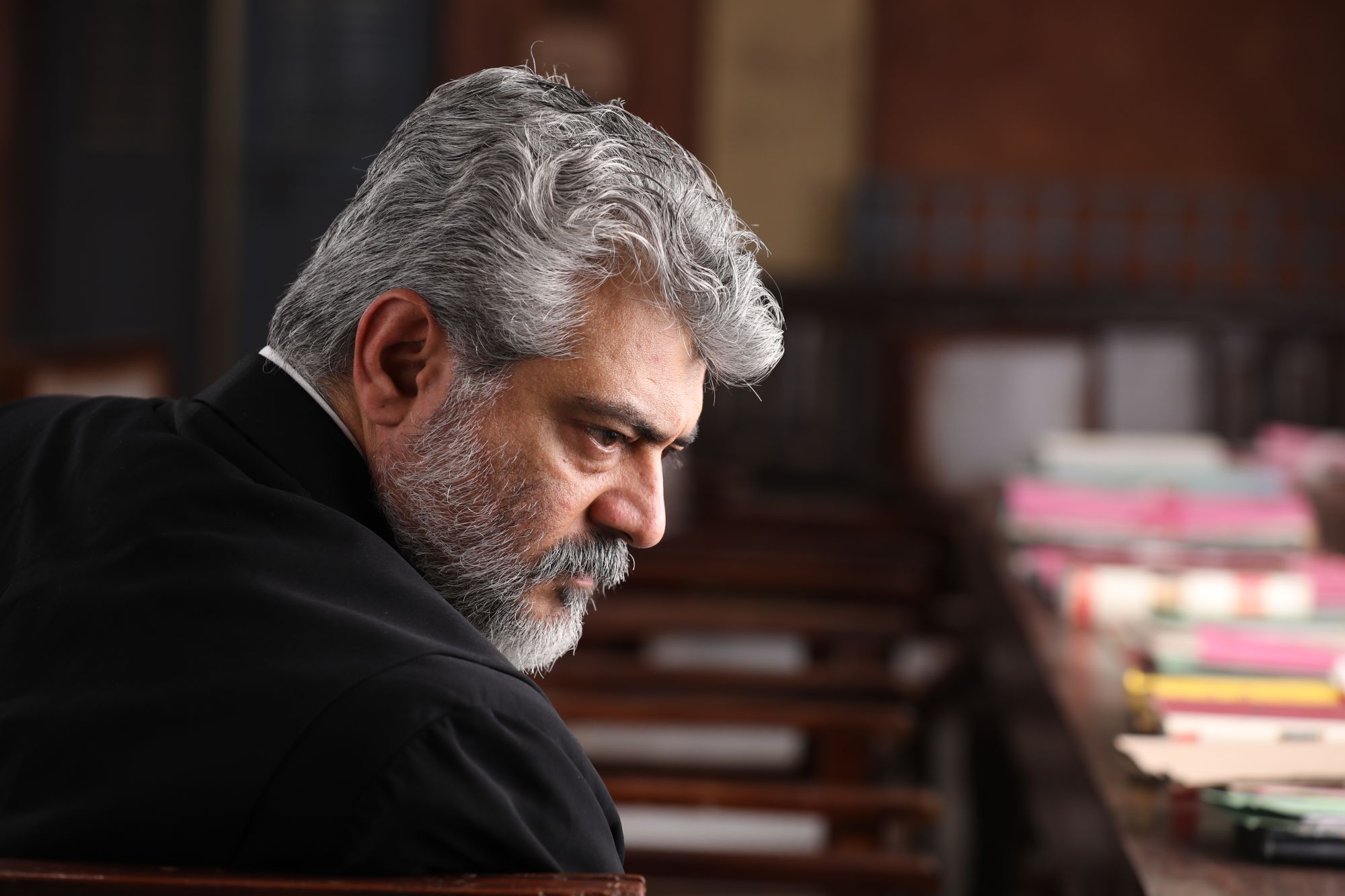 The women and the men get along well and the group even decides to have dinner and drinks together. Soon after drinks, one of the boys tries to get physical with one of the women, who, in self defence, smashes a beer bottle on his face. The sudden turn of developments leave the girls scared and they flee the place. The blow leaves the boy bleeding profusely. He is rushed to the hospital where doctors say that he could have lost an eye in the skirmish, had the cut been a little more deep or had it been closer to the eye.

Hailing from a well to do family with a lot of political muscle, the injured boy seethes with rage and seeks revenge…

When one opts for a remake, one runs the risk of the project being compared with the original. And when such a comparison is made, one can only conclude that Nerkonda Paarvai is only half as impressive as Pink.

This is because of a number of reasons. For instance, Vinoth has tried to glorify Ajith’s character in the remake by including a totally unnecessary fight sequence. Invariably, what this does is it takes away, even if only momentarily, the attention on an otherwise intense sequence of developments. 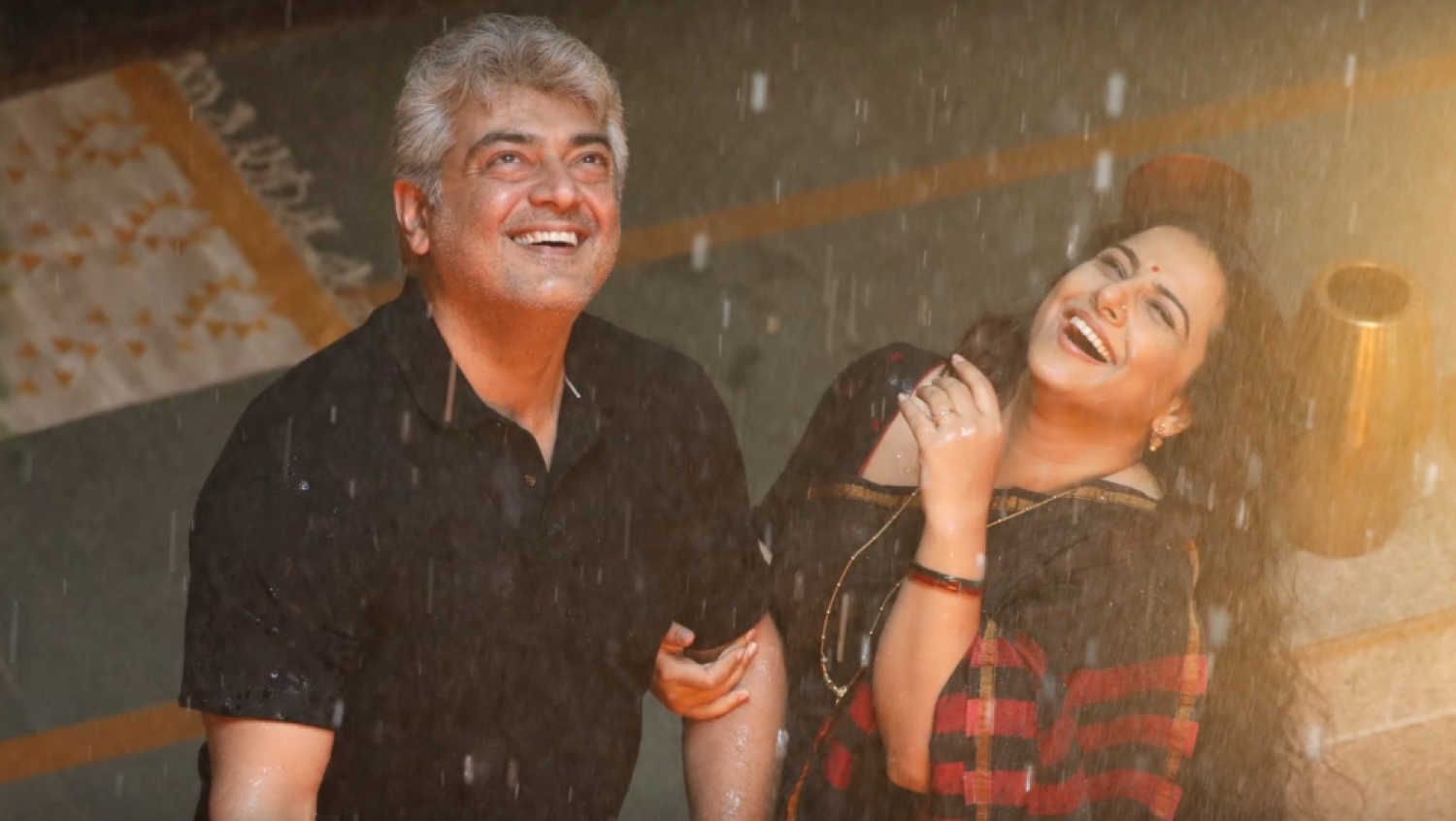 Also, the film’s court room sequences are not as hard hitting as the original. The manner in which the Tamil dialogues have been penned and the way they are delivered don’t seem to have the the desired impact. In fact, a considerable section of the audience missed the sarcasm in some of the initial dialogues that Ajith delivers in the court room sequences. Some of the points that Ajith, the lawyer, makes in a sarcastic manner in the court room scene is taken in a literal sense and cheered. 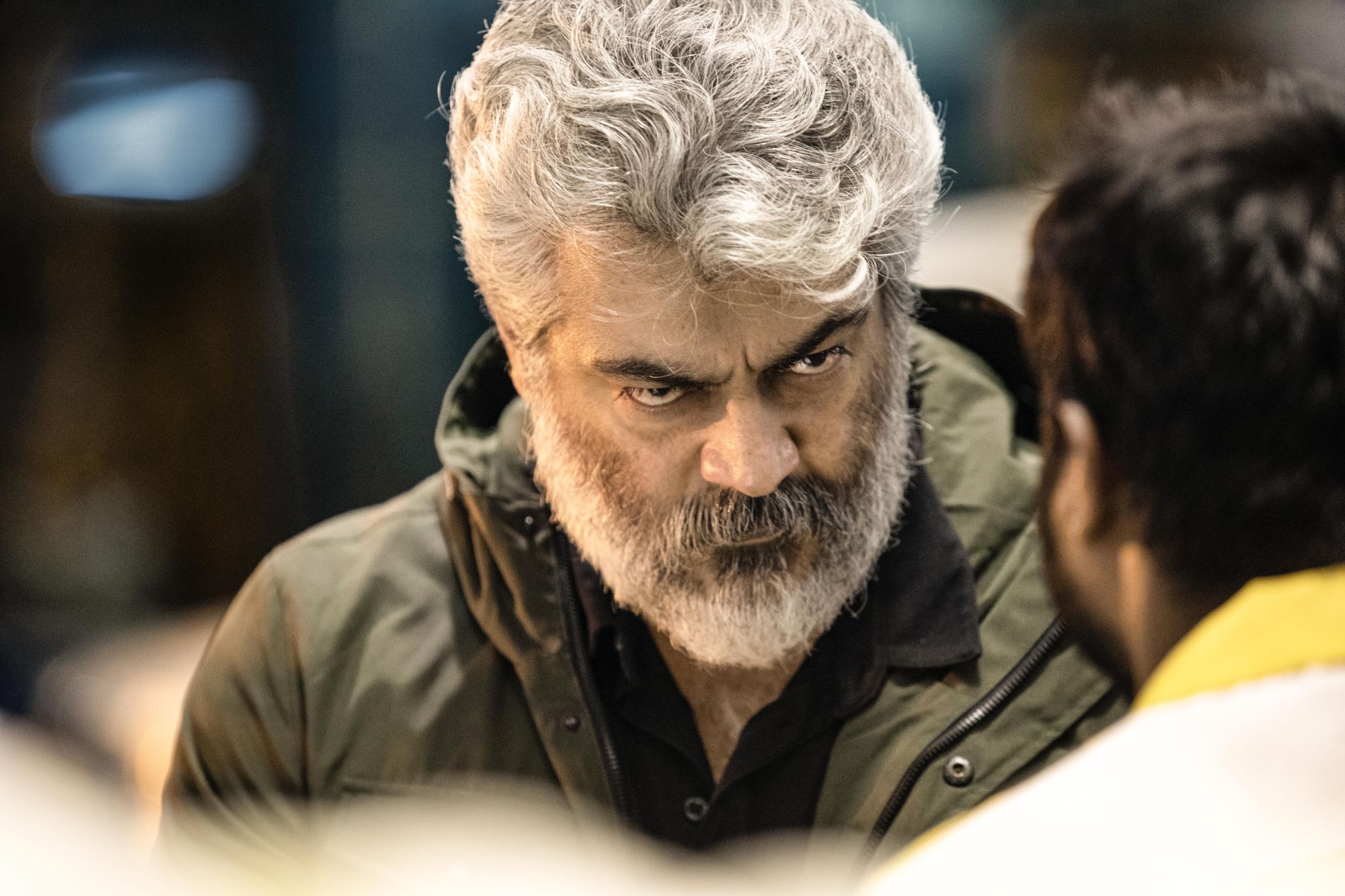 Adding insult to injury is the fact that Rangaraj Pandey’s dialogue delivery is far more powerful and impressive that it makes one feel that he has more valid points to make than what Ajith does.

Then, the line of argument taken by the defence in the case makes one wonder why a brilliant lawyer like Ajith failed to exploit obvious advantages that women have under the law. For instance, the prosecution itself informs the court that Meera (Shradha Srinath) has consumed alcohol. She too admits to having had alcohol. A smart lawyer could have easily exploited the law which says that consent given by a woman under the influence of alcohol cannot be considered consent and that it will be considered rape or attempted rape. There are several such loopholes in the case itself. That this film and the film that it is based on, Pink, have done a disservice to men is another matter. But I shall explain my reasons for such a conclusion in an opinion piece that will be put out later.

With regard to performances, Shraddha Srinath is the only one who comes up with a performance that is better than the performance of the person who played her role in the original-Taapsee Pannu. Other than her, Rangaraj Pandey does a neat, convincing job for the most part. Ajith has delivered a good performance when one compares it to his earlier performances but it is still nowhere near to that of Amitabh Bachchan’s performance in the original. 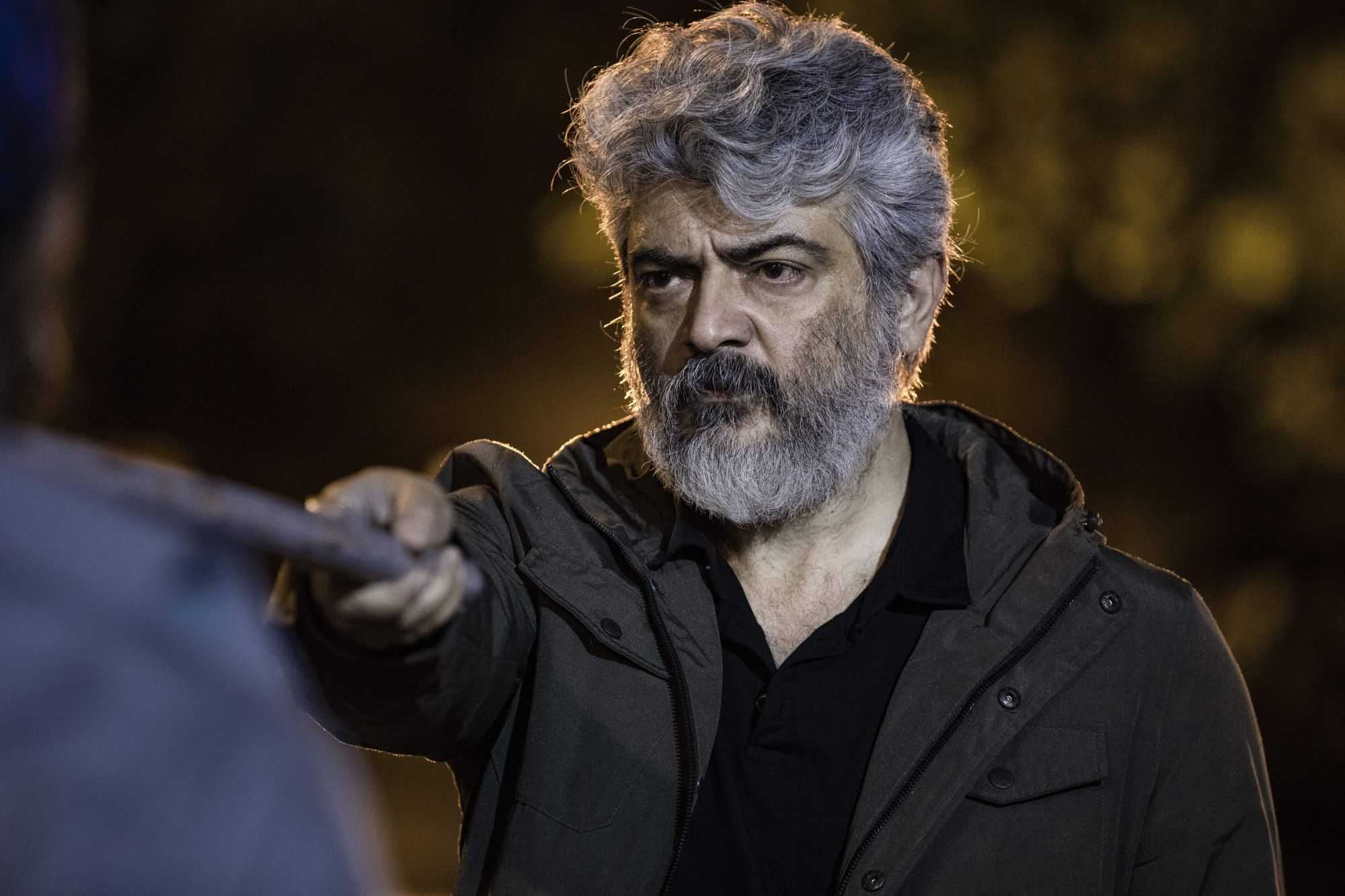 On the whole, Nerkonda Paarvai, with great difficulty, manages to put across the message that a no means no. Not really convincing but it still manages to get the message across.