Skip to content
You are here
Home > Home > Review: Once Upon a Time in Hollywood 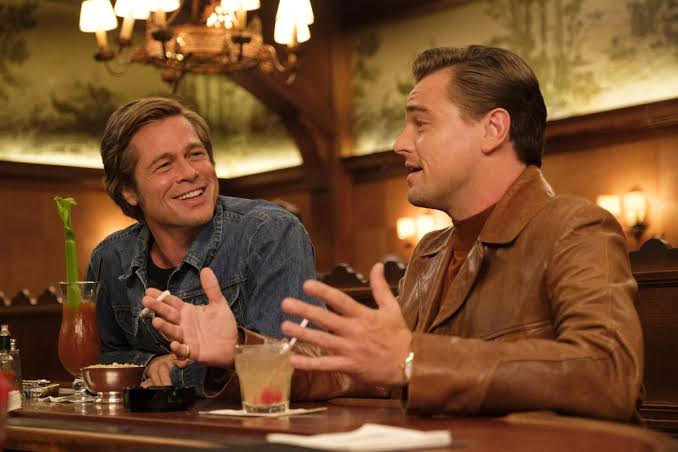 One of the world’s finest filmmaker’s, Quentin Tarantino, departs from his usual style of story telling in his 11th film which features a large ensemble cast. He comes up with a fine comedy drama with just a little bit of action in the middle and the end in Once Upon a Time in Hollywood. Nevertheless, the film is both endearing and very satisfying for not only does it look to showcase a beautiful friendship between two men who are in different social strata but also, in a way, is a tribute to the final moments of Hollywood’s golden age.

Without much ado, let’s get on with the story… 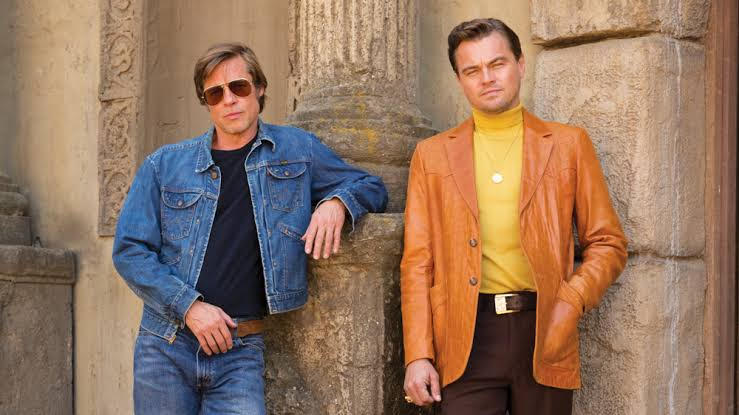 The year is 1969 and the film industry is undergoing a sea change. Gifted actors are making their way up on the one hand and on the other, actors like Rick Dalton (Played by Leonardo Di Caprio), who are past their prime, are struggling to keep their place in an industry that has just gotten more challenging and demanding because of the availability of more promising talent.

Rick Dalton has had his hey days. At one point in time, he was a successful TV star but then his transition to the film industry didn’t work the way he expected it to. So, after spending years in the industry, he now finds himself at a stage where he is fast on the way to being forgotten.

His biggest support system is Cliff Booth (Brad Pitt), his stunt double and close friend, who does everything from driving him around town to fixing broken equipment in his home. Not just equipment, Cliff Booth is also the man who rescues Rick Dalton’s heart and soul, eveytime they sink in fear. Whenever, Dalton feels insecure, Cliff reminds him of who he once was to restore his faith in himself.

In short, Rick Dalton is a reel hero and Cliff Booth is a real hero. Cliff is this nonchalant gentleman with a fighting fit body and a fine head on his shoulders that doesn’t get rattled by challenges, threats or defeats. He doesn’t care a damn about what the world calls him and is always someone who knows how to take on a challenge headlong. Did I say world? Make that women. Women abhor Cliff because they believe he was a wife-beater. Rick however believes that Cliff is an honourable man who knows his limits always. Rick, for his part, looks to get Cliff odd jobs on the sets of his films as a stuntman. The two have a great bond even when they are going through the most difficult of times. Certain developments take place and a woman enters Rick Dalton’s life. He reaches that stage when he knows he has to let go of Cliff Booth. What happens next is what the film is about.

Leonardo Di Caprio as Rick Dalton comes up with yet another fine performance in this film. Bringing out insecurity in an actor isn’t easy and Caprio does that with considerable ease. The scene where he expresses shame and anxiety after forgetting his lines in private is just as good as the one in which he exhibits brilliant acting so much so that his co-actor, an eight year old smart kid whispers in his ear that it is in fact the best acting she has witnessed so far!

Complementing him is Brad Pitt, who just delivers a knock out performance as Cliff Booth. The non-chalance and a sense of arrogance that he has about him and the exceptionally correct decisions he makes, even under trying circumstances, clearly sets apart this character. So good is this performance that Brad Pitt is bound to be remembered for this role for a very very long time to come. 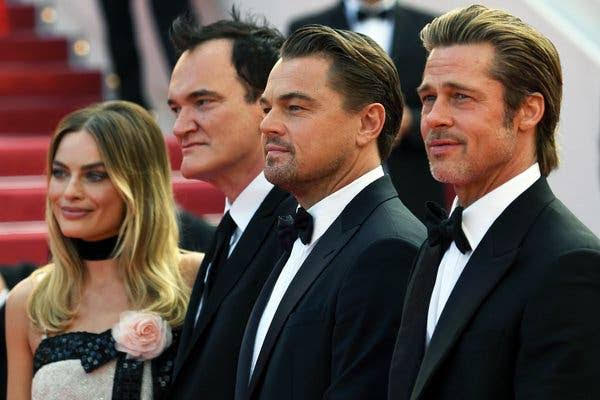 Narrated by Kurt Russell, the film’s lead characters are based on the lives of actor Burt Reynolds and his long-time stunt double, Hal Needham. Made on a budget close to $100 million, the film has a running time of 161 minutes and has been shot in locations in Los Angeles and California.

Fans of Quentin Tarantino might not get to see the same amount of blood getting splattered on screen as they usually would in a Tarantino film. This does not mean that such scenes do not exist in this film. It does. The only difference is they appear for a very brief period and that too for a very good reason.

Tarantino brings out another beautiful side of his with this film. Believe me, this is a film that you cannot miss.