Actor Ajith and his team have won six medals in the Tamil Nadu State Shooting Championship Competition held between March 2 and March 7 at the Chennai Rifle Club.

Around 900 shooters from around 52 clubs from various parts of the state participated in this shooting Championship which had over 60 categories. 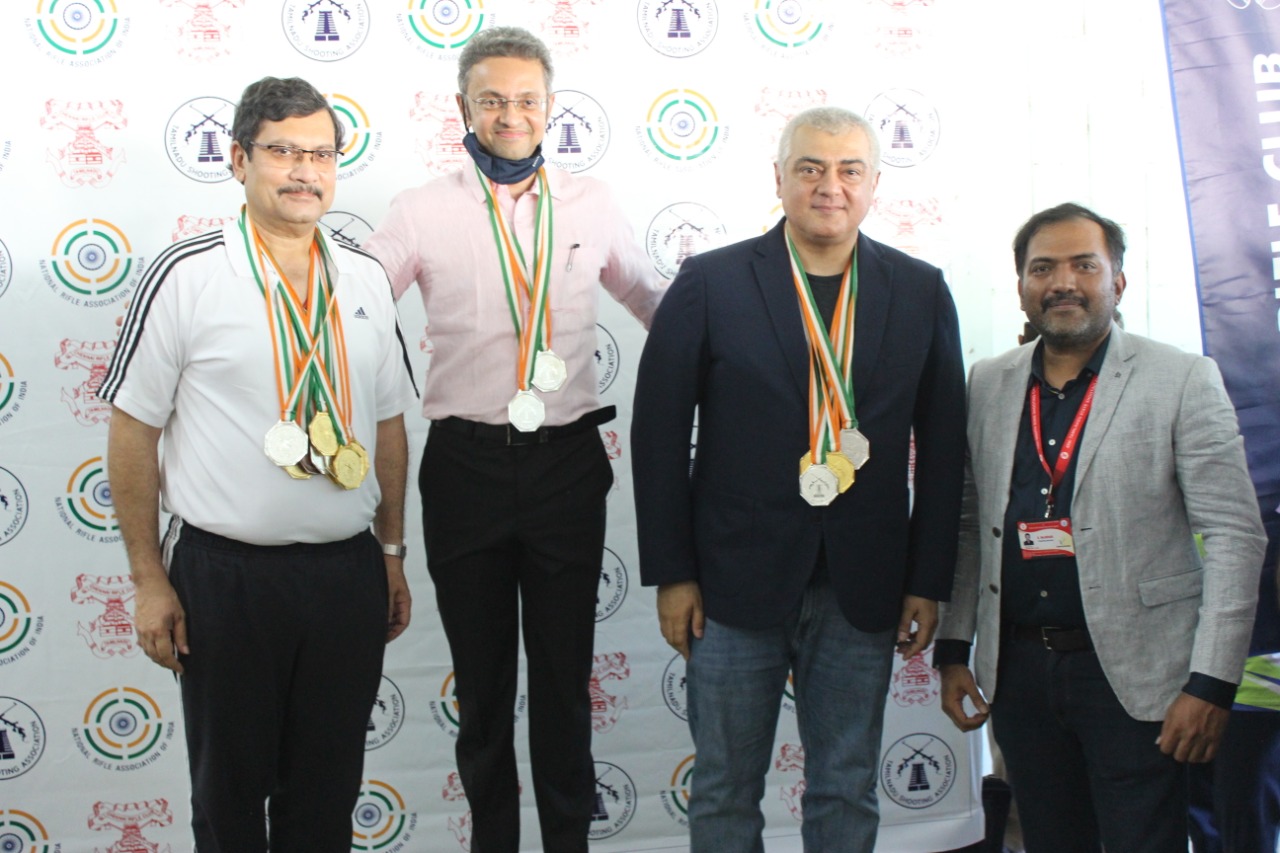 Well known producer Rajasekar Pandian was one of the organisers of the event.