Skip to content
You are here
Home > Latest News > Ashutosh Gowariker’s Panipat trailer is here! Check it out now! 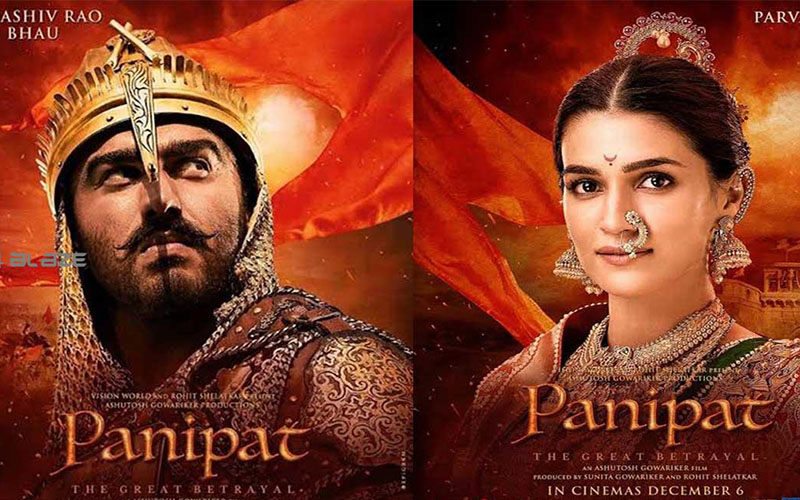 Director Ashutosh Gowariker, who has gifted us several gems in the past, is now all set to treat his audiences to yet another masterpiece.

He is currently gearing up to release his film, Panipat, which features Sanjay Dutt, Kriti Sanon & Arjun Kapoor in the lead.

The team recently unveiled a new poster featuring the trio and the trailer digitally. The trailer showcases the Maratha empire and its epic tale.

Set in 1761, Panipat is about the Maratha Empire. It had reached its zenith at that point and their grip on India reigned supreme with no one to challenge them. Then, an invader set his eyes on the throne of Hindustan.

That is when Sadashiv Rao Bhau (played by Arjun Kapoor), the Commander-in-Chief of the Maratha army, led a northern expedition to repel the invading forces of Ahmad Shah Abdali (Sanjay Dutt), the ruler of Afghanistan.

Produced by Sunita Gowariker under their banner of AGPPL along with Rohit Shelatkar’s company Vision World, the film is directed by Ashutosh Gowariker. The film is slated to release on December 6, 2019.

Talking about the film, Shibasish Sarkar, Group CEO, Reliance Entertainment, says, “We are glad to be associated with Ashutosh and his magnum opus which will show one of the biggest ever battles fought in the world. The trailer of Panipat is already winning hearts all over the country and we hope the audiences give all their love to our film.”

Rohit Shelatkar, Founder of Vision World Films said, “History and movies have always been a passion of mine, and I’m glad to have this opportunity to bring these passions together, in this wonderful project. Belonging to the Marathi Community,I have aspired to bring more stories of Maratha legends to the forefront and this association with the esteemed Ashutosh Gowarikar – director of illustrious movies like Jodha Akbar, Swades and Lagaan, has been a dream come true.”