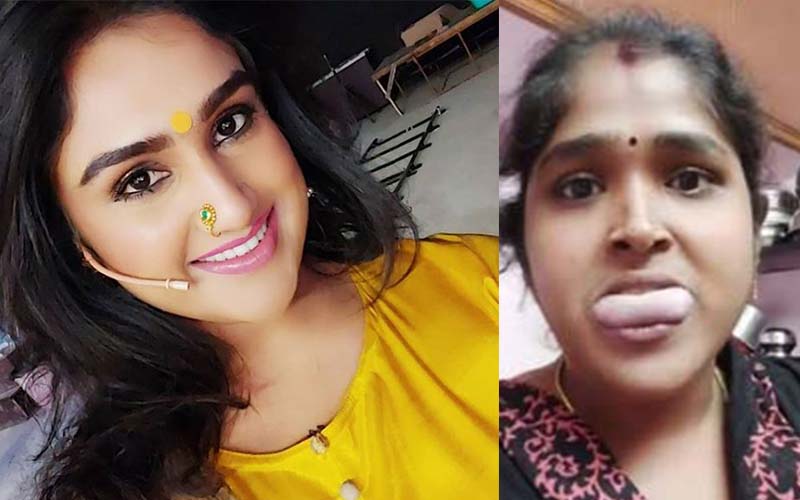 It may be recalled that actress Vanitha had lodged a complaint with the police, alleging that Surya Devi had been indulging in slander and had been issuing death threats to her through her videos online.

The arrest comes in the wake of the huge controversy that has erupted over the actress’s wedding to Peter Paul, a person who worked on her YouTube channel.

Ever since it became known that Peter Paul had wed Vanitha Vijayakumar without divorcing his first wife Elizabeth, she has come in for scathing criticism from various quarters.

Several people have been looking to gain publicity by slandering her on their YouTube channels and on their Facebook pages. This includes Surya Devi, who had herself registered a complaint against Vanitha Vijayakumar last week.

Although the police arrested Surya Devi, she was released later on bail.

Actress Kasthuri, a well known feminist, who has been joining issue and taking the side of Surya Devi, confirmed this on Twitter saying, “Surya Devi is out on bail. My lawyer is on standby. Now that is taking care of the rest of us will be Meeting Press on Zoom at 4 pm. Will send details in a bit. I’ve never judged Ms Vanitha for her personal choices. I have ALWAYS supported her right to choose. But I must condemn her & her partner’s despicable public behavior and criminal offences. Now, I hear She’s gone whining to the cops , with a baseless complaint….(sic)”

Interestingly, Vanitha Vijayakumar has been having heated debates with several other feminists like Kasthuri and Lakshmi Ramakrishnan ever since news of her wedding with Peter Paul broke out.