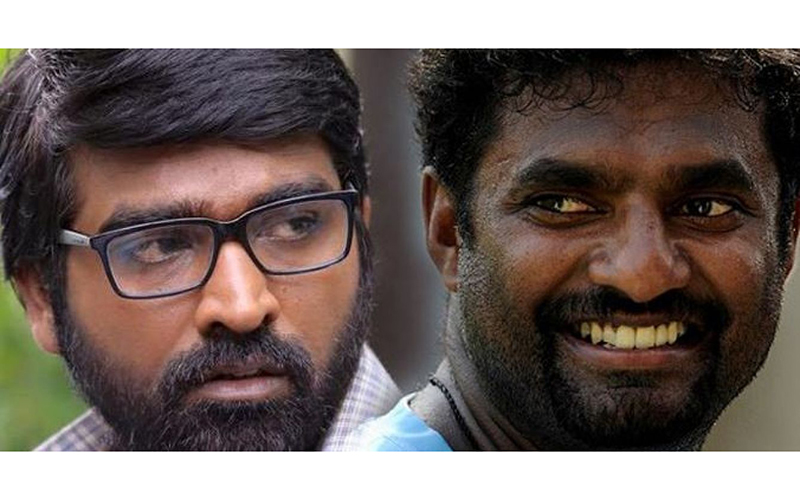 Remember 800, the biopic of ace Sri Lankan cricketer Muttiah Muralidharan that was to be made with actor Vijay Sethupathi playing the phenomenal off-spinner?

Well, it looks like the film will be made after all and that it will be Vijay Sethupathi who will indeed be playing the Tamil cricketer from Sri Lanka.

It all started with Dar Motion Pictures announcing a prestigious project in July last year. The firm said that they would, through their film, be “bringing on screen the life and times of one of the world’s most accomplished sportsmen, Muttiah Muralitharan, to audiences across the world.”

Vijay Sethupathi would be essaying Murali in the film, the production house said and added that it would be written & directed by M.S.Sripathy.

The film was to be made in Tamil and released in several languages across the world.

Muralidharan too had confirmed the project saying, “I am glad to be collaborating with Dar Motion Pictures on my official biopic. We are looking at a late 2020 release date. I an honoured that an accomplished actor such as Makkal Selvan Vijay Sethupathi will be playing me in the film. I have been actively collaborating with the creative team for the past several months and I will continue to support this project through its duration.”

Vijay Sethupathi, for his part, confirmed that he would be playing Murali in the film. Vijay Sethupathi had said,” I am happy to be associated with the Muttiah Muralitharan biopic. He is an iconic sportsman of Tamil origin & someone who’s made his mark across the world. Portraying the role of Murali is going to be a challenge for me & I’m looking forward to it. I’m delighted that Murali himself will be closely involved with the project & guiding me on the cricketing aspects. I am thankful to both Murali & the producers for the faith bestowed on me.”

However, soon after this announcement, trouble erupted with self-proclaimed pro-Tamil organisations demanding that Vijay Sethupathi not act in the film.

After these protests and threats, for almost eight months, there was no news about the project. But now, sources say that Vijay Sethupathi is determined to go ahead with the biopic and will indeed play Murali in the film! It looks like the film will definitely happen and that it will be Sethupathi who will be playing Murali after all!