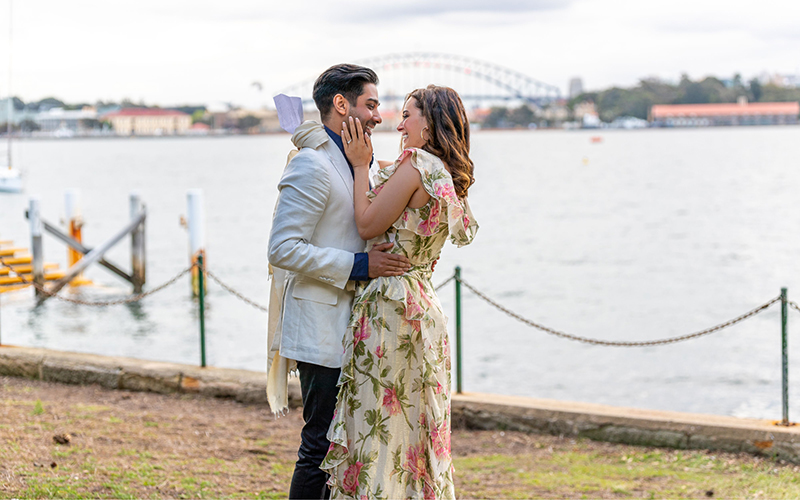 Actress Evelyn Sharma, who has acted in a number of films including the recently released Saaho, has got engaged to Australian Entrepreneur Dr Tushaan Bhindi.
Sources say that after a year of dating, the young couple took the big step last Saturday in an intimate proposal overlooking the famous Harbour Bridge of Sydney, Australia.
The Indo-German Bollywood actress met the dashing entrepreneur on a blind date set up by a common friend last year. 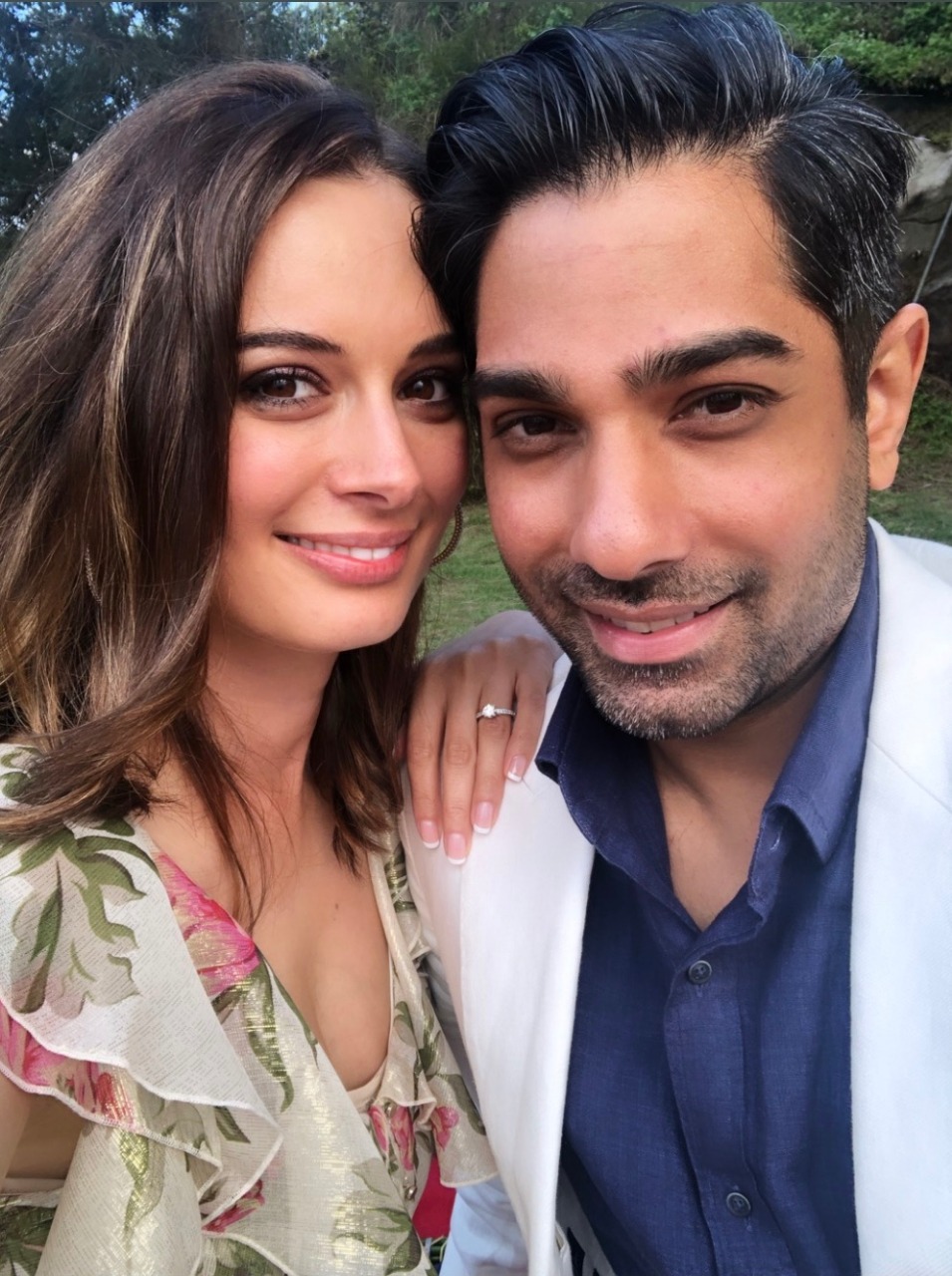 The couple got along instantly with their shared passion for philanthropic causes. It was love at first sight for the pair and their close friends were anticipating the big announcement to happen quick! However, the couple decided to introduce each other to their respective families first to receive their blessings and move ahead with the engagement on the auspicious occasion of Navratri.
Tushaan surprised Evelyn with a set of the couple’s favourite songs and a special note that brought her instantly to tears of joy! She said YES! 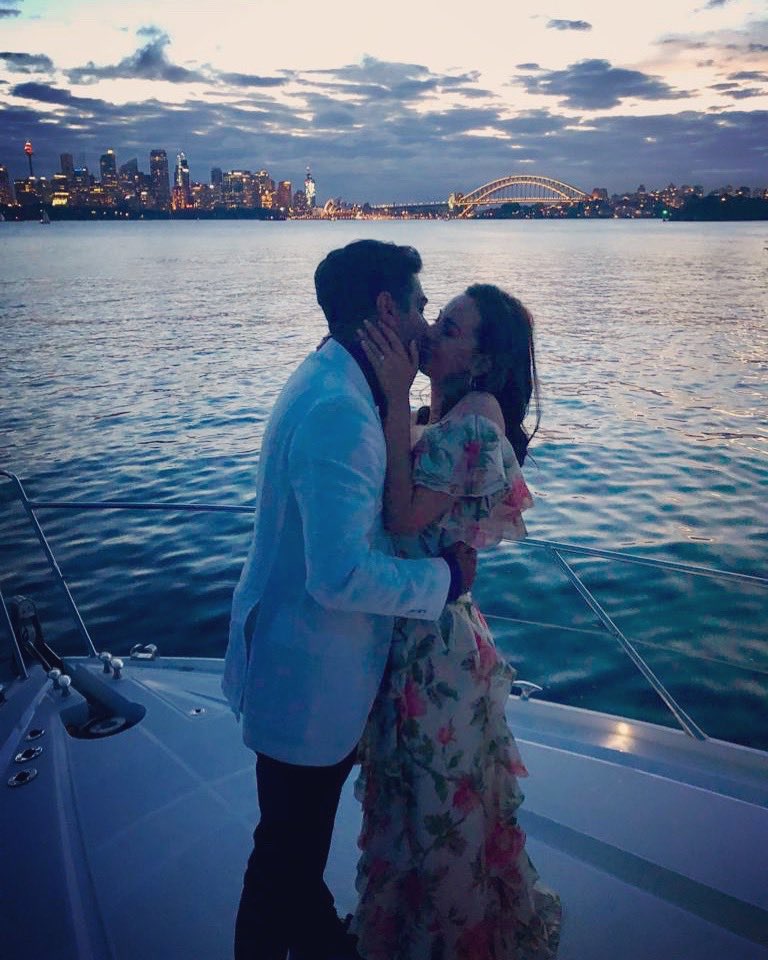 The actress announced her engagement to the world by putting out a picture of her kissing her would be husband and writing Yessss!!! with the symb0l of a ring beside it!