Skip to content
You are here
Home > Latest News > How Rajini kept his promise of gifting a home to his producer Kalaignanam! 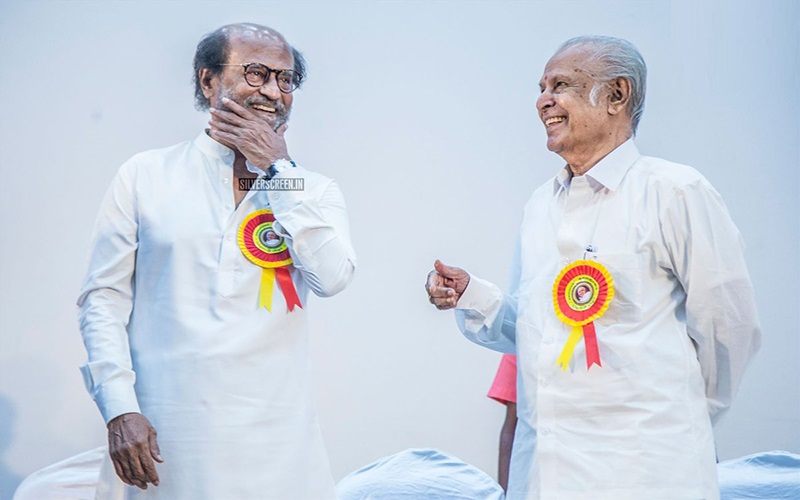 Actor Rajinikanth has kept his promise of gifting a home to producer and storywriter Kalaignanam, who introduced the actor as a hero through his film Bairavi.

Rajini visited the 1320 square feet, three-bedroom apartment in Virugambakkam,which he had gifted to Kalaignanam recently. He was invited to light a lamp there by Kalaignanam, who then introduced the star to his family memebers.

It may be recalled that Rajini had promised to gift Kalaignanam a home at a function organised by director Bharathiraja in August this year. The function was to felicitate the 90-year-old producer for having completed 50 years in the film industry.

At the event, Rajinikanth had said, “I only recently got to know that he lives in a rented house. It is sad. Minister Kadambur Raju has said that he will get a house for Kalaignanam after talking to the CM. I thank him but then, I do not want to give this opportunity to the government. Bharathiraja sir, please look for suitable houses. He should spend the rest of his life in a house that’s been gifted by me.” 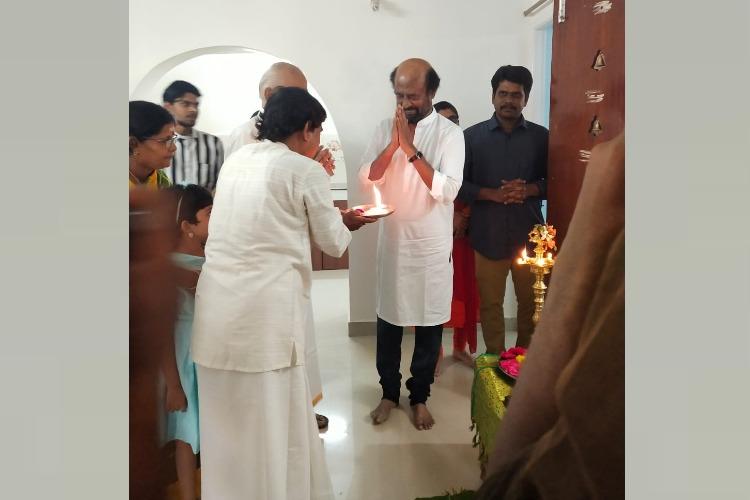 Sources say that the very next day after he made this promise, Rajini sent a cheque through his Raghavendra Kalyana Mandapam towards the expenses of buying an apartment for Kalaignanam!

That process has now been completed and the family has now moved into the ground floor apartment.