Skip to content
You are here
Home > Home > Attempts are being made to saffronise me, but I will not get trapped: Rajinikanth 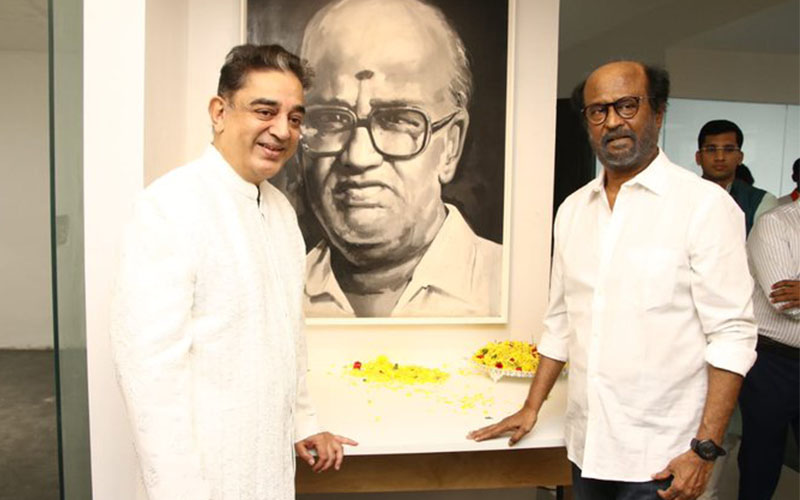 Stunning political pundits who had been predicting that he was likely to join hands with the BJP for the coming Assembly elections,

The actor, was speaking to mediapersons, before heading off to attend a function organised to mark the unveiling of director K Balachander’s statue at the new office premises of actor Kamal Haasan’s Raaj Kamal Films International.

Rajinikanth also made it clear that he would not be contesting the local body polls.

At the event, Rajini, while paying rich tributes to Kamal Haasan said, “The last two days are days Kamal Haasan cannot forget in his life. Yesterday, he went to Paramakudi, where he unvieled the statue of his father. Today, he has inaugurated the office of his first child, Raaj Kamal Films International. Not just that, he has also unveiled the statue of not just his, but my guru, K Balachander.”