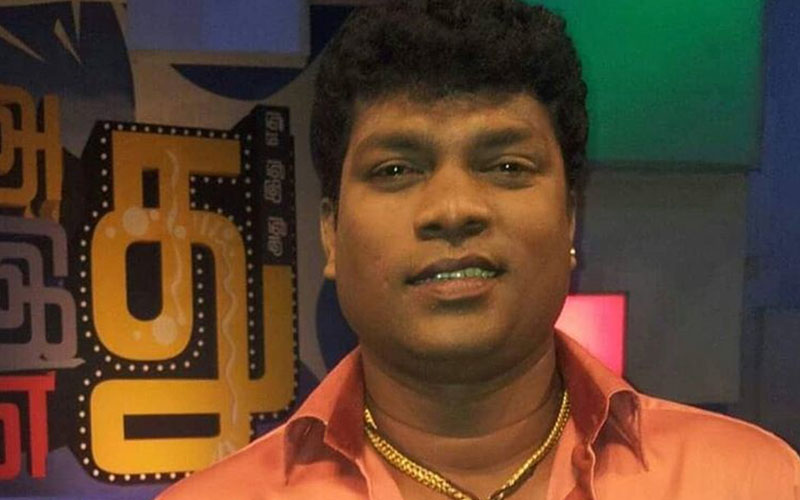 Comedian and actor Balaji took the title Vadivel after his ability to imitate the well known comedian Vadivel earned him admirers and shot him to limelight.

The actor, who has been a part of several television shows including the popular Siricha Pochu segment of the game show Adhu Idhu Edhu, has also acted in a couple of Tamil films.

Sources close to the actor said that Balaji’s troubles began almost 15 days ago when he suffered a stroke after a blood clot appeared in his brain. The stroke also caused a mild heart attack.

“The stroke left him paralysed. He lost the use of his hands and legs. His relatives took him to Billroth hospital, where they admitted him for treatment,”says a source.

“However, as he couldn’t afford the treatment there, his relatives shifted him to Vijaya hospital. Eventually, he was shifted from there to the Omanthurar Government hospital. It was under these circumstances that he passed away this morning,” the source adds.

The young comedian is survived by his wife, a son and a daughter.