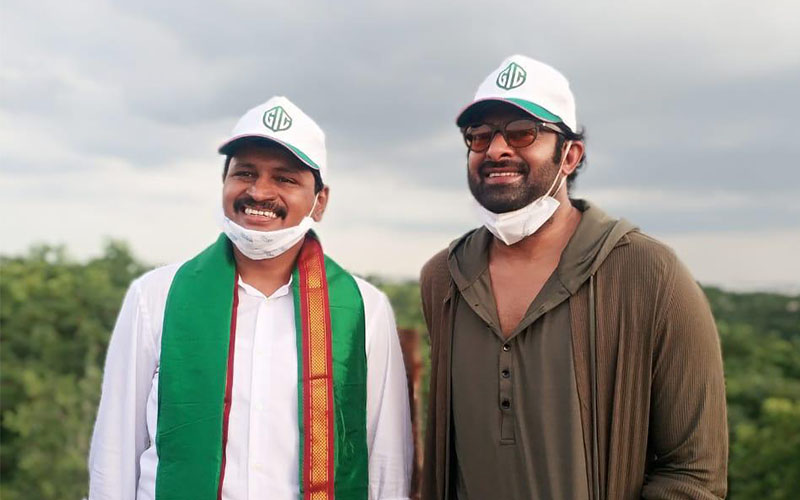 Actor Prabhas, known best for his blockbuster hit Baahubali, has chosen to adopt a reserve forest that lies next to the Hyderabad Outer Ring Road.

Yes, Prabhas has taken under his care, 1,650 acres of the Khazipally Reserve Forest located Near Dundigal, 20 kms from Hyderabad.

The actor, who handed over Rs Two Crore to forest officials for the development of the Reserve Forest, laid the foundation stone for an urban forest park along with Forest Minister Allola Indra Karan Reddy and Rajya Sabha MP Joginapally Santosh Kumar.

They observed the reserve forest from a temporary watch tower and planted a few saplings on the occasion.

Sources say that the forest department will convert a small portion of the forest into an urban forest park while the rest of the forest will be made into a conservation zone. 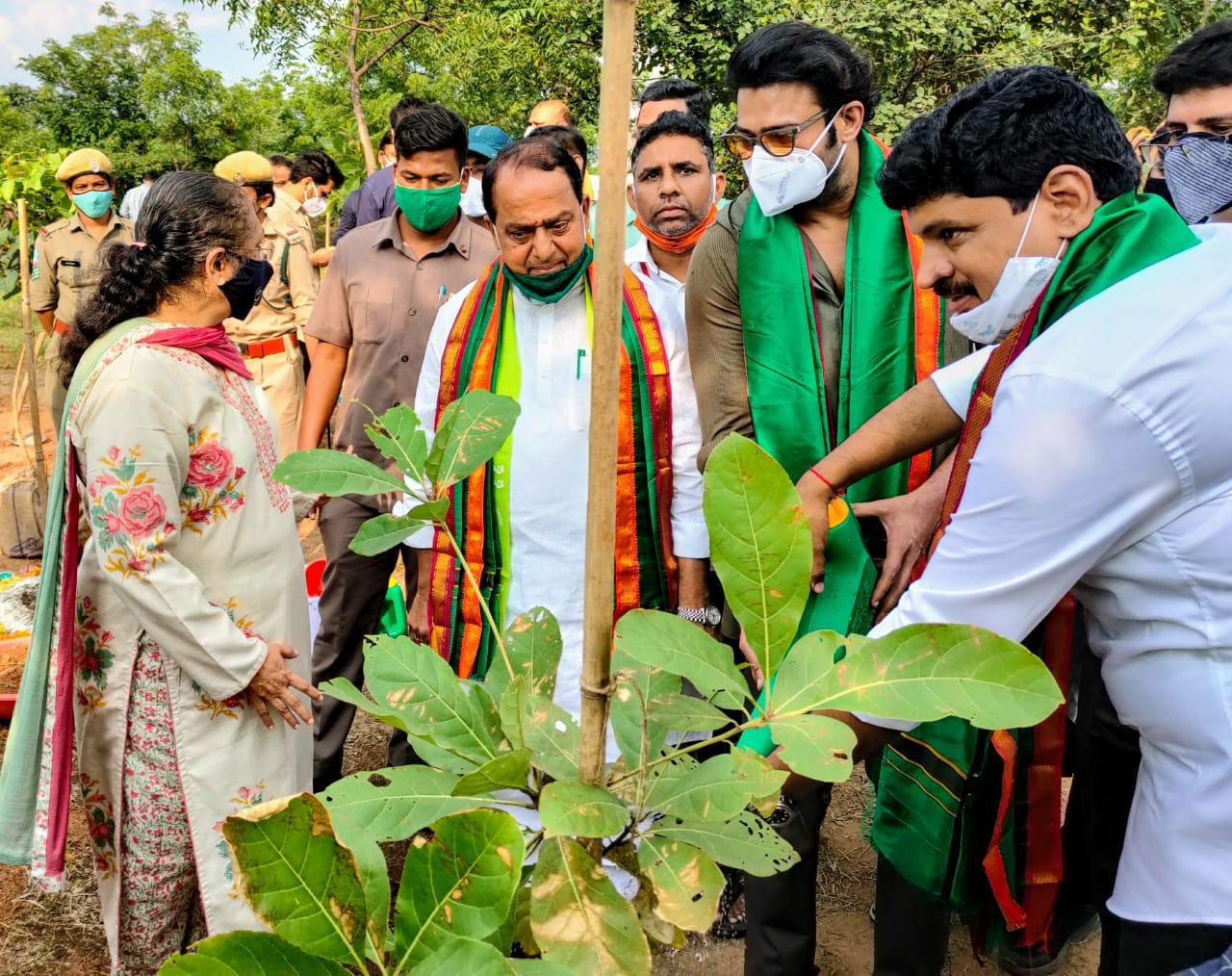 Kahajipalli reserve forest, known for its medicinal plants, is divided into three compartments.

The forest department plans to fence the entire 1,650 acres and immediately start developing an Eco park. In the first phase, the officials will look to construct park gates, see through walls, a walking track, view points and a medicinal plant centre would be constructed in the first phase.

The officials are also making efforts to ensure that there is no encroachment of forest land by usurpers.

Speaking on the occasion, Prabhas said he was inspired by his friend, Joginapally Santhosh Kumar, a Member of Parliament, to adopt the Khajipalli forest area.

The actor made it clear that he would donate more in instalments, depending on the progress of the work.

The actor said that this move to help society through the Green Challenge had given him immense satisfaction.

It may be recalled that Santhosh Kumar had started the fourth round of Green Challenge on June 11 along with Film actor Prabhas.