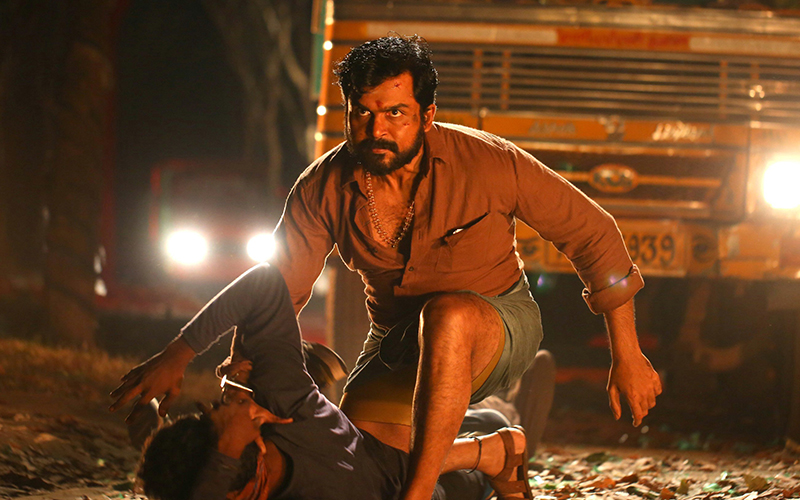 Director Lokesh Kanagaraj, who is now one of the most sought after directors in Tamil cinema after the success of his fantastic film Maanagaram, says his inspiration for his upcoming film Kaithi, featuring Karthi and Naren in the lead, came from the Bruce Willis-starrer Die Hard.

Talking to Cineobserver.in, Lokesh said that, apart from Die Hard, he also got inspired by a newsreport he read. “My assistant directors and I were discussing a news report that had appeared in a newspaper when I got the spark for this story,” says the young director, who is to next direct a film that will feature Vijay in the lead.

Interestingly, Kaithi will not have any female leads. It is the story of an individual who has returned from prison after serving a sentence. The story revolve around all the events that happen in a single night.

The film is an action-packed thriller, with Karthi playing a lorry driver in the film.

Talking at the trailer launch event of the film, Karthi said,”I liked the story of Kaithi as soon as I heard it. I liked my character in this film. I play a prisoner who has come out of jail after 10 years. Director Lokesh did a lot of research for the role. Not many of us know this but for someone who comes out of a prison, even a street dog will appear so interesting. They would be so impressed by it that they would keep staring at it. This is because inside a prison, they would only be able to see the sky and the walls around them. By the time, they step out, everything around them is interesting.”

Ask Lokesh what research he did to study the mind of a person who had stepped out of prison and he tells us that he spent around four to five days with four or five people who had served long sentences. “I got to understand a lot of things by spending time with them,” syas the young director.

Meanwhile, Karthi seems to have realised a long-time dream of his through this film. Yes, the actor has always wanted to drive a lorry and he says he has fulfilled that dream of his by playing a lorry driver in this film. Says Karthi, “We all blame lorry drivers for not stopping the vehicle correctly or for driving in a proper fashion. But it is only when you drive a lorry that you know how difficult it is to drive one! The vehicle I drove was an old one and it would stop only when it wanted to! If I jammed the brakes, it wouldn’t stop instantly but would go and stop some distance away. So, I had to calculate all of that while driving.”