Skip to content
You are here
Home > Home > Review: Penguin 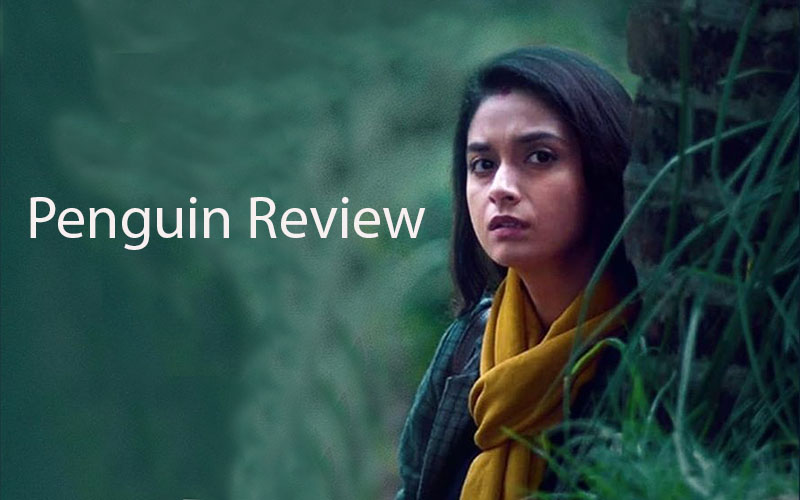 It is not often that I take five breaks to finish watching a movie.

That by itself, is good enough to give you an idea of how painfully slow, this film Penguin, is.

Synopsis: The story is about a mother Rhythm(Keerthy Suresh) whose life turns upside down when her young son gets kidnapped by a psycho. It is after almost six years, when she chooses to marry another man and is in the process of having another child with him, that she finds her long lost son in the middle of a forest.

The pregnant mother is more than relieved that her son, who has escaped from the clutches of his capturer, is back with her.

However, her relief is short lived. It isn’t long before Rhythm realises that her son has been traumatised by the psycho and that the trauma has been so much that he has given up speaking.

This makes Rhythm want to meet the kidnapper and find out why he did this to her son.

And just when she begins to think that the worst is over for her son, she realises that the kidnapper has been visiting her home every night and keeping tabs on her child…

The Verdict: To be honest, this film could have been so much more better, only if the director and the co-director had paid adequate attention to the plot. But then, they seem to have let go of the opportunity.

It is not like the film does not have commendable aspects. It has. And that is in fact what makes it even more frustrating.

The visuals of Karthick Palani are simply breathtakingly beautiful. The scenic pictures make you wish you were there to witness that beauty first hand.

Then, there’s a lovely Labrador which steals your heart in the film. In fact, the lab’s performance is what makes you to sit through.

This apart, you have the young boy’s performance which is commendable. Keerthy Suresh as Rhythm tries as much as she can to save the film with her performance but then, she fails miserably in this attempt.

To cut a long story short, Penguin is just a cumbersome, boring film that doesn’t deserve your time.