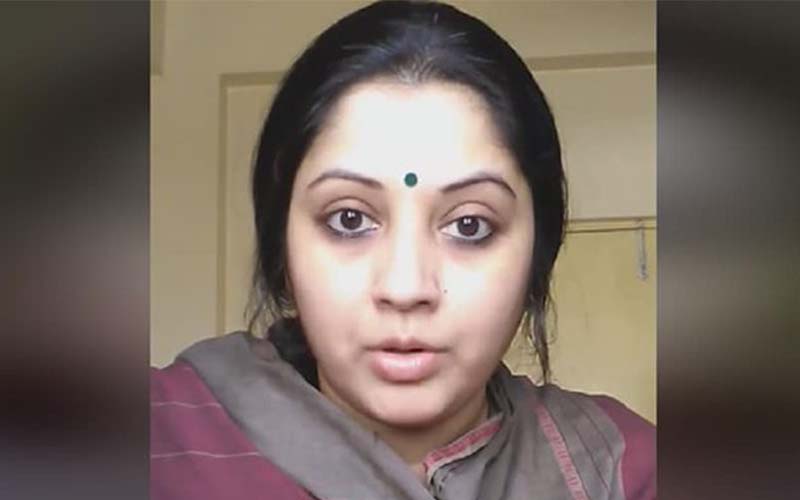 Well known Tamil Actress Vijayalakshmi, who was seen in films like Friends and Boss Engira Baskaran, attempted suicide by consuming three BP tablets after posting a video online in which she alleged that she was taking the extreme step due to the harrassment she was facing from actor and politician Seeman.

The actress, who was rushed to a hospital, is now out of danger.

In her video, Vijayalakshmi, who has been claiming that she has been facing a lot of harrassment and pressure from actor Seeman, with whom she was in a relationship for two years, said, “This is my last video. I have been under a lot of stress because of Seeman and his partymen. I wanted to live for my mother and sister. But now, I feel I have lived enough after Hari Nadar spoke to me day before yesterday and humiliated me in the media. I have already taken a couple of BP tablets. In sometime, I will suffer low blood pressure and in a few hours, I will be dead. I would like to tell my fans who are watching this video that just because I was born in Karnataka, Seeman has tortured me a lot. As a woman, this is the highest I can take. I won’t be able to take any more pressure.

“I am leaving my family to you. I do not want to continue living. They kept abusing me and calling me derogatory names on social media in the hope of insulting and defaming me. What I do after having been insulted is my decision. Hari Nadar or Seeman, telling me that you will cut out my tongue is not proof of manliness. Do you have the courage to say tomorrow that you did say what you said and that she did right by committing suicide? My death will be an eye opener to everybody. Fans, do not leave Seeman at any cost. He should not be given anticipatory bail. Be it Hari Nadar or Seeman, both should be arrested and put behind bars. My death should be a big eye opener to everyone.’

The actress, who has been saved, is now recuperating in a private hospital.