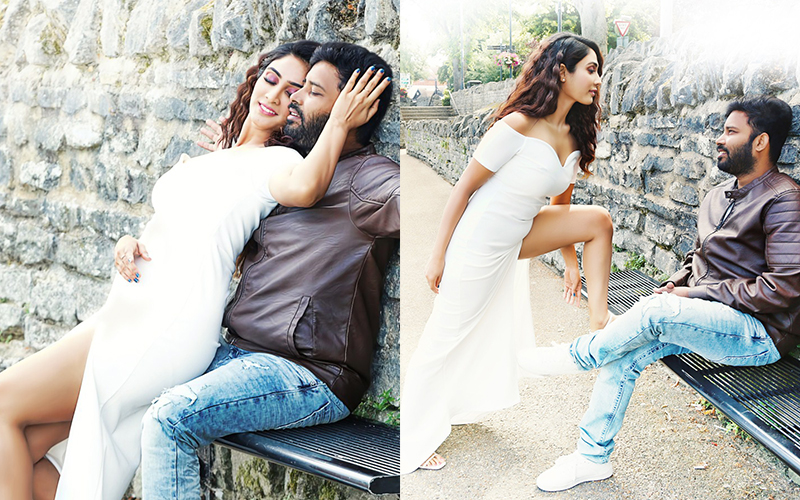 In news that has raised eyebrows in the Tamil film industry, a Tamil film unit has announced that some portions of their film have been inspired by the love story of actress Nayanthara and director Vignesh Shivan.

The film, titled Naanum Single Dhaan, has been jointly produced by Three is a Company along with Jayakumar and Punnagai Poo Geetha.

Actor Dinesh, who came up with a stellar performance in the critically acclaimed Visaranai, plays the lead along with Deepthi Devesh in this film that has been directed by Gopi.

Sources say that in the film, Dinesh plays a tattoo artist. Says a source,”In the Ajith-starrer Billa, Nayanthara would have sported a tattoo. The hero of this film plays the role of a tattoo artist who has put that tattoo. His ambition in life is to wed a girl like Nayanthara. He finds such a girl and falls madly in love with her.”

The source adds,”Although this story is completely fictional, there are some portions which have been inspired by Nayanthara and Vignesh Shivan’s relationship.”

The film, which has music by Hithesh Manjunath, is to hit screens in February this year!