Director Su Arun Kumar, who has proved that he can deliver both critically-acclaimed heart-touching dramas like Pannaiyaarum Padminiyum and commercially
entertaining action blockbusters like Sethupathi, combines the skillsets required for making both to come up with a finely-crafted, highly enjoyable action entertainer called Sindhbaadh.

Thiru (Vijay Sethupathi) is a small time thief whose hearing ability is partially impaired. This is to say he cannot hear unless something is spoken out loud to him. But he makes up for his lack of hearing with his ability to sense and perceive things and his courage, both of which give him a unique advantage over any individuals or situations that he may have to encounter.

Thiru has an assistant, a kid called Super (Suriya Vijay Sethupathi). Both work as a team with Thiru taking good care of Super. Life is going on well when one day Thiru happens to see Venba(Anjali), a loud-mouthed, brave girl, who has come back home on holiday from Malaysia, where she works in the rubber plantations under testing conditions.

He immediately falls in love with her and expresses his feelings for her. Initially, she spurns his advances but then eventually, takes a liking to him after getting to know the kind of good natured person that he is.

Soon, it is time for Venba to leave for Malaysia, where her pay has been held back. Thiru, who accompanies her to the airport, unexpectedly ties a mangalsutra around her neck at the airport when she least expects it. The development comes as a pleasant shock for Venba, who decides that she will go to Malaysia collect her pay and return immediately in a couple of days to be with Thiru, who promises to turn over a new leaf and earn his livelihood. 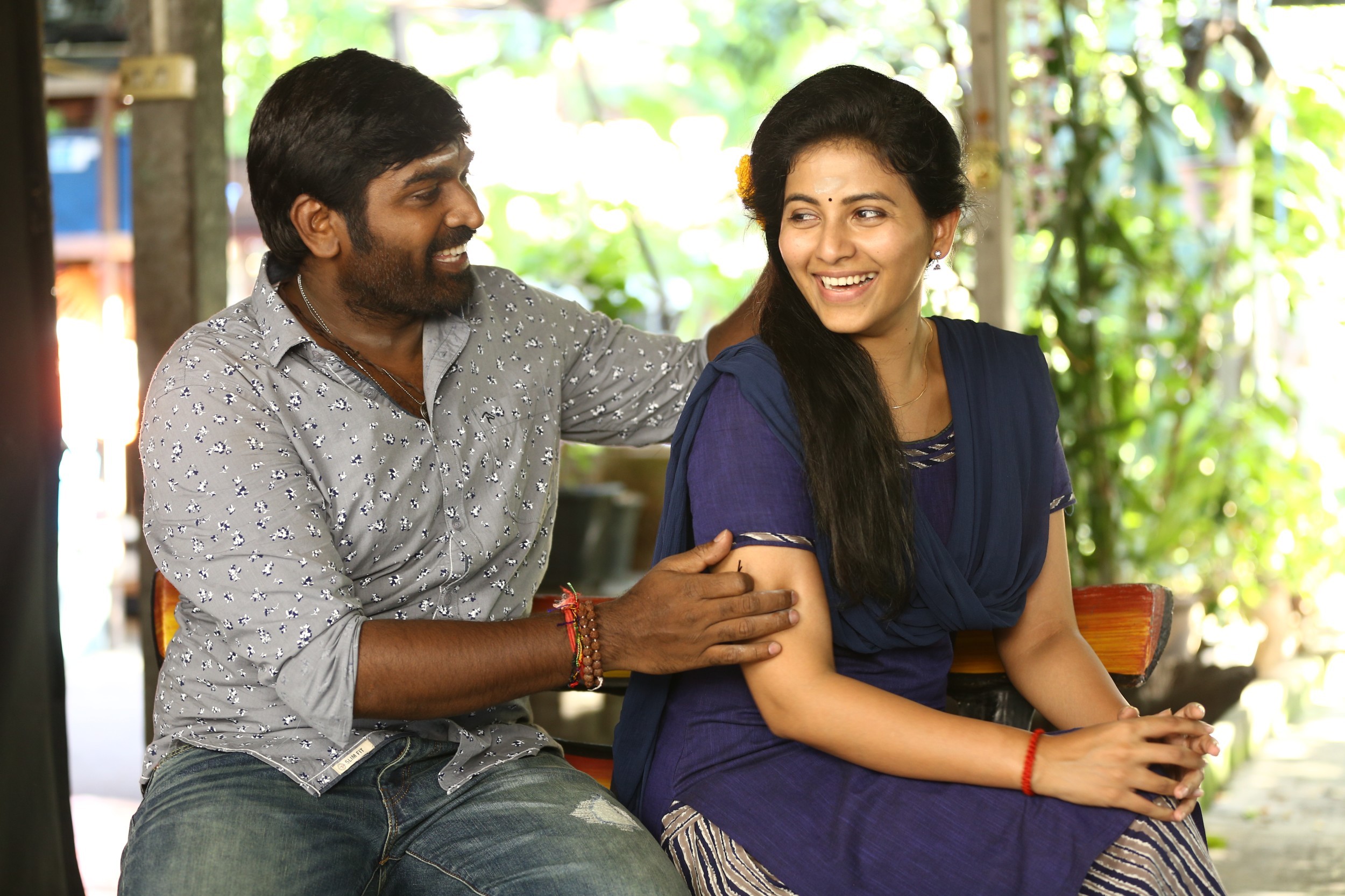 However, once she lands in Malaysia, Venba finds herself in deep trouble. She finds that she has been sold along with several other women and is being shipped off to Thailand-Cambodia border. Her only hope is her husband who has no knowledge of the language or the place she is staying. She is also not sure if he has the funds they are demanding to release her. Despite all of this, she calls him to let him know of her situation. And he responds. How he responds is what the film is all about.

The film has several highlights. First of all, it has a wonderful storyline that has good quantities of romance and comedy and a generous dose of action all of which are cleverly used to highlight a social problem that the society has little or no awareness about.

Next, it speaks about the trust that a wife has in her husband and how he doesn’t disappoint her. At a time when relationships are becoming fragile as a result of trust not being accorded the importance that is due to it, this film, in a gentle, passive way, underlines the need for spouses to trust one another.

The biggest strength of the film is that it has a brilliant set of actors, each of whom stand out and deliver. 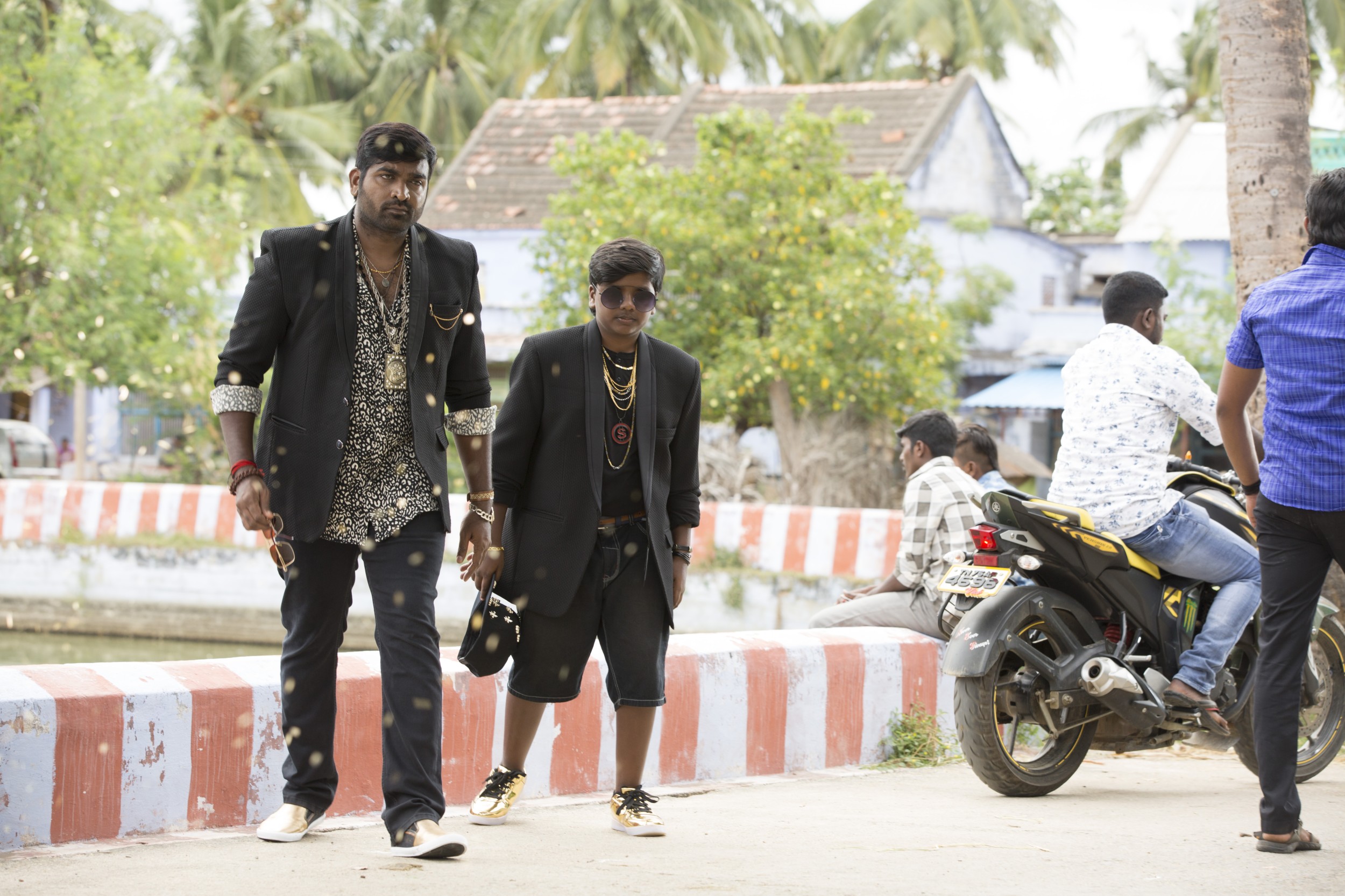 The romance between Venba (Anjali) and Thiru (Sethupathi) is both cute and endearing. Anjali is brilliant with her expressions. Her character in the film is that of a loud-mouthed individual who is incapable of speaking softly but then, her eyes speak a thousand words in every frame so much so that her character in the film could have been given no dialogues to speak at all and she still would have been able to communicate so much more with just her eyes.

Be it anger, frustration, humour, love or trust, Anjali’s eyes say it all. In one scene, she is seen blushing and in another, she inspires confidence. The scene in which she concedes that she too is in love with Thiru is just as priceless as the scene in the theatre in which she comes to Thiru’s defence. He hangs his head in shame when she turns around to him, lifts his chin up and says, ‘When you have done no wrong, hold your head high’. Her facial expressions and dialogue delivery are spot on. Full marks to her in this film.

One of the main highlights of this film without doubt is Suriya Vijay Sethupathi, (Vijay Sethupathi’s son) who plays his assistant called Super in the film. This is the first time that Vijay Sethupathi is acting with his son and both of them seem to have done a super fine job.

Suriya is a natural actor and has a terrific sense of timing when it comes to handling comedy, considered to be the most difficult of all genres. The confident and nonchalant manner in which he times his retorts are immensely funny and enjoyable.

Linga, who plays the villain Ling, seems to have put in considerable effort to play his part to perfection. He has toned his body well for the role and has learnt the Thai language for the part. He looks convincing as an Indian raised in Thailand. 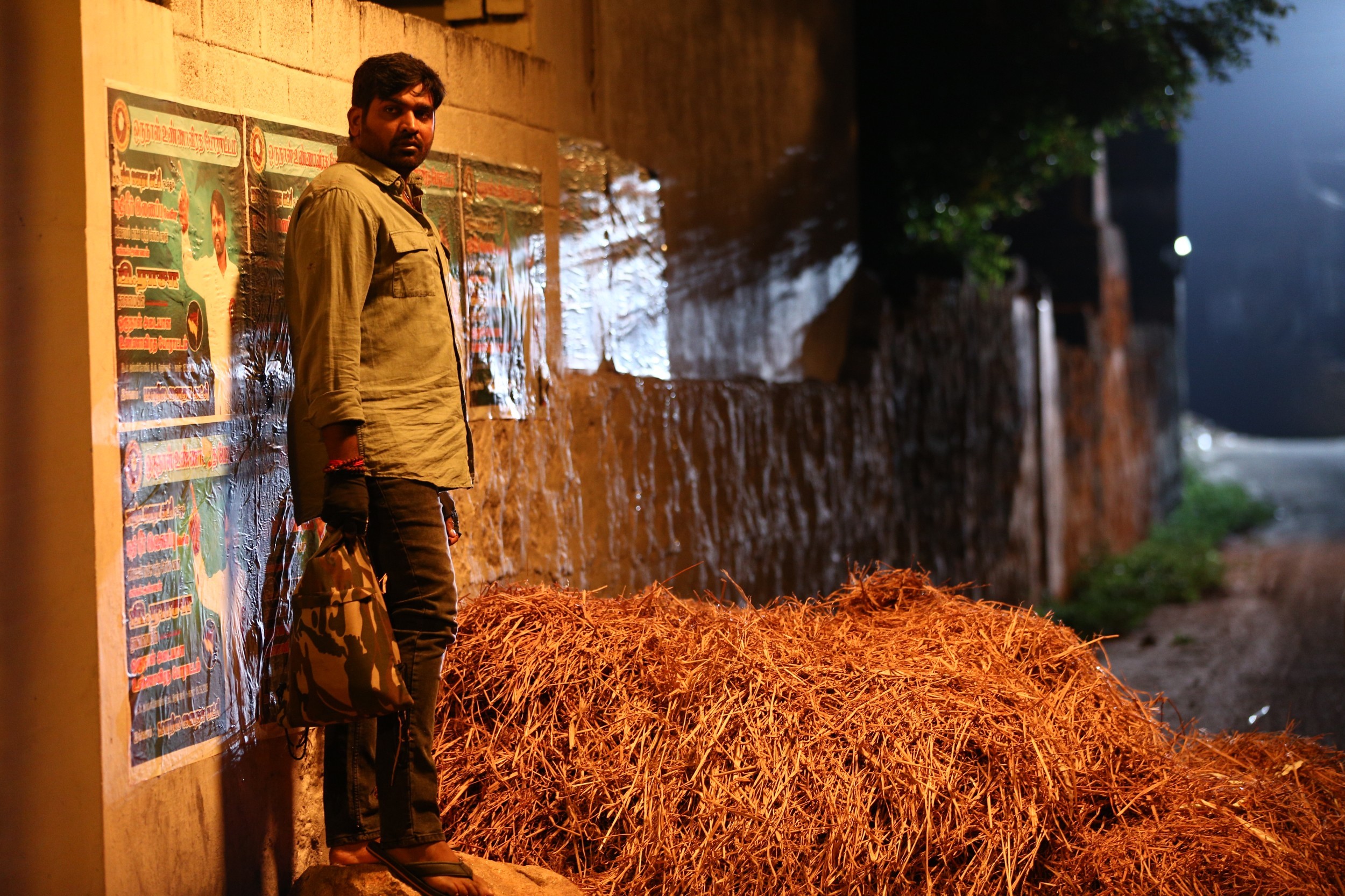 Forget the entertaining story, the valid social message it has to offer and the brilliant performances of its artistes, this film can be watched just for its visuals. Cinematographer Vijay Karthik Kannan’s work is so fantastic and so unique that it is hard not to take note of it. Be it capturing natural scenes, or shooting difficult action sequences involving skyscrapers in Thailand, Vijay Karthik Kannan’s visuals are striking. There are scenes which leave you gasping in awe and admiration and there are action sequences that leave you gasping in fear. Either way, his work is phenomenal and is bound to get recognition in the form of awards.

These visually striking scenes are further enhanced by Yuvan Shankar Raja’s music that is like honey to your ears. Nenje Unakkaga is just one example of what he has offered to fans in this film. It’s not just the songs, his background score is just as brilliant. Right from the time the titles are displayed till the time the film ends, the background score is perfect.

All in all, Arun Kumar seems to have delivered yet another winner in Sindhbaadh.