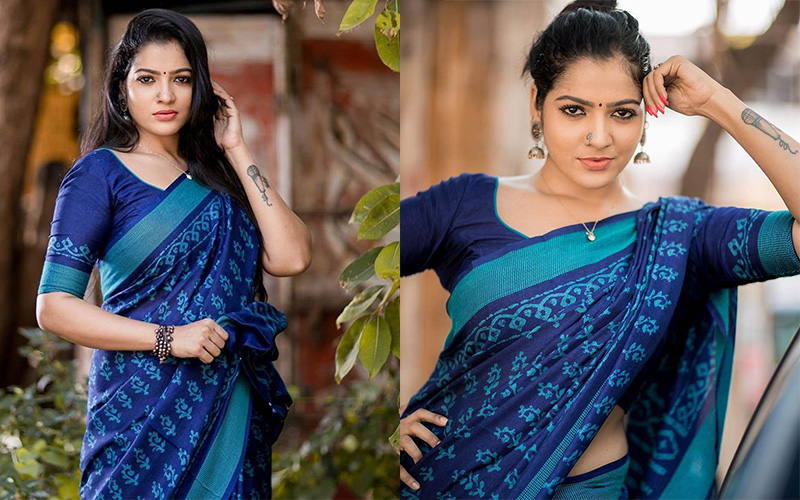 The Chennai police early on Tuesday arrested Hemanth, the husband of well known television actress V J Chitra in connection with her death at the Pleasant Stay hotel on December 9.

Media reports say that the police have filed a case of abetment to suicide against Hemanth.

It may be recalled that the body of Chitra, who had married Hemanth only one-and-a-half months ago, was found hanging from a fan at the Pleasant Stay hotel in Nazrethpet on December 9.

The actress had been staying at the hotel along with Hemanth as the place was close to the venue where she was shooting for a television serial.

Television channel NDTV quoted Assistant Commissioner of Police Sudarshan as saying, “Hemnath did not like a scene she had acted in for the serial. On the day she died, Hemanth had also pushed her.”

Recently, some intimate scenes were aired on Pandian Stores, the immensely popular serial of which Chitra was a part. Hemanth, sources say, was not happy about such scenes and had picked a quarrel with Chitra over it.

As Chitra has died within a month and a half of her marriage, an RDO inquiry has been ordered in to her death. Yesterday, RDO Divyashree, who is conducting the inquiry, spoke individually to Chitra’s mother Vijaya, Chitra’s father Kamaraj, her sister Saraswathi and her brother Saravanan.

The RDO had issued summons to Hemnath and his parents to appear before her for interrogation today. However, before that could happen, the police arrested Hemnath late last night and produced him before the Poonamallee court before taking him to the Ponneri prison, where he is currently cooling his heels.