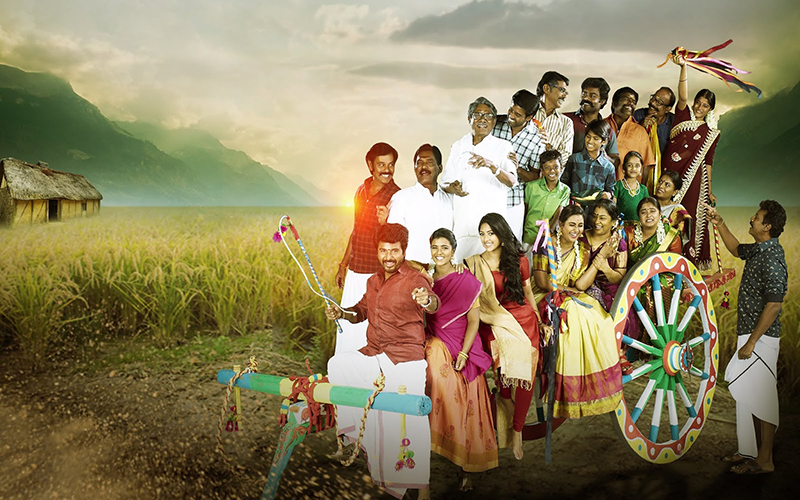 Yes, Pandiraj’s Namma Veetu Pillai is, without doubt, a handsome winner. What it does is it brings back Sivakarthikeyan again as a force to contend with in the Tamil film industry.

First the synopsis. Arumpon (Sivakarthikeyan) is part of a big and close knit family that comprises of his mother (Archana), his grandfather (Bharathiraja), his uncles, aunts, cousins, nephews and a neice. He also has a sister called Thulasi (Aishwarya Rajesh) who he loves dearly. Although Arumpon, his mother, his grandfather and one of his uncles, played by (Soori) love Thulasi dearly and treat her as their own, most of the other members of the family look down on her and treat her as an outsider and an orphan. This is because Thulasi was not born into Arumpon’s family. She is in fact the daughter of a friend (RK Suresh) of Arumpon’s late father (Samuthirakani). After the death of her family members, Arumpon’s mother and he graciously take Thulasi into their own family. 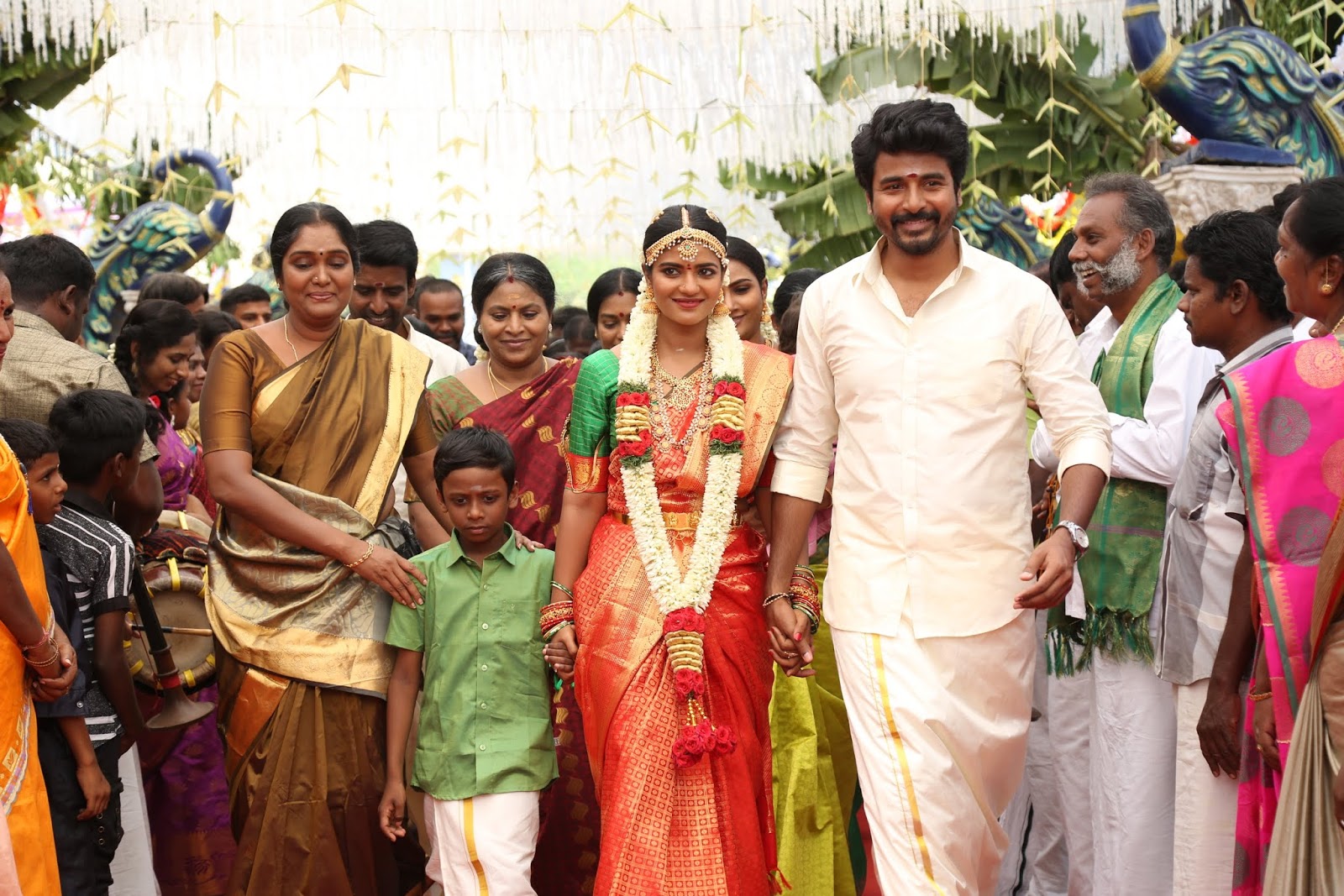 Arumpon, who runs a small traditional oil mill for his sister and mother’s survival, has just one big objective and that is to get his sister married to a good bridegroom as per his mother’s wish.

He is aware that his mother secretly harbours hopes of her brother offering to get one of his two sons married to Thulasi. However, that is not to be and Arumpon begins to look for a suitable alliance for Thulasi outside the family.

After a long arduous struggle, he finds a good alliance. However, this alliance ruined by his own uncle (Vela Ramamurthy) to satisfy his false prestige and ego.
Just when they are left wondering what to do, Thulasi offers to marry a distant relative(Natraj), who happens to be Arumpon’s sworn enemy.

Arumpon advises Thulasi against the decision but eventually gives in to her wishes. What happens after her wedding is what the film is all about.

The film talks about the importance of family and relationships and highlights the difficulties in having to deal with relatives within the family who have ulterior motives. It talks about ego and a sense of false prestige that some people choose to have and also showcases how some people take sadistic pleasure in hurting those near and dear to them. 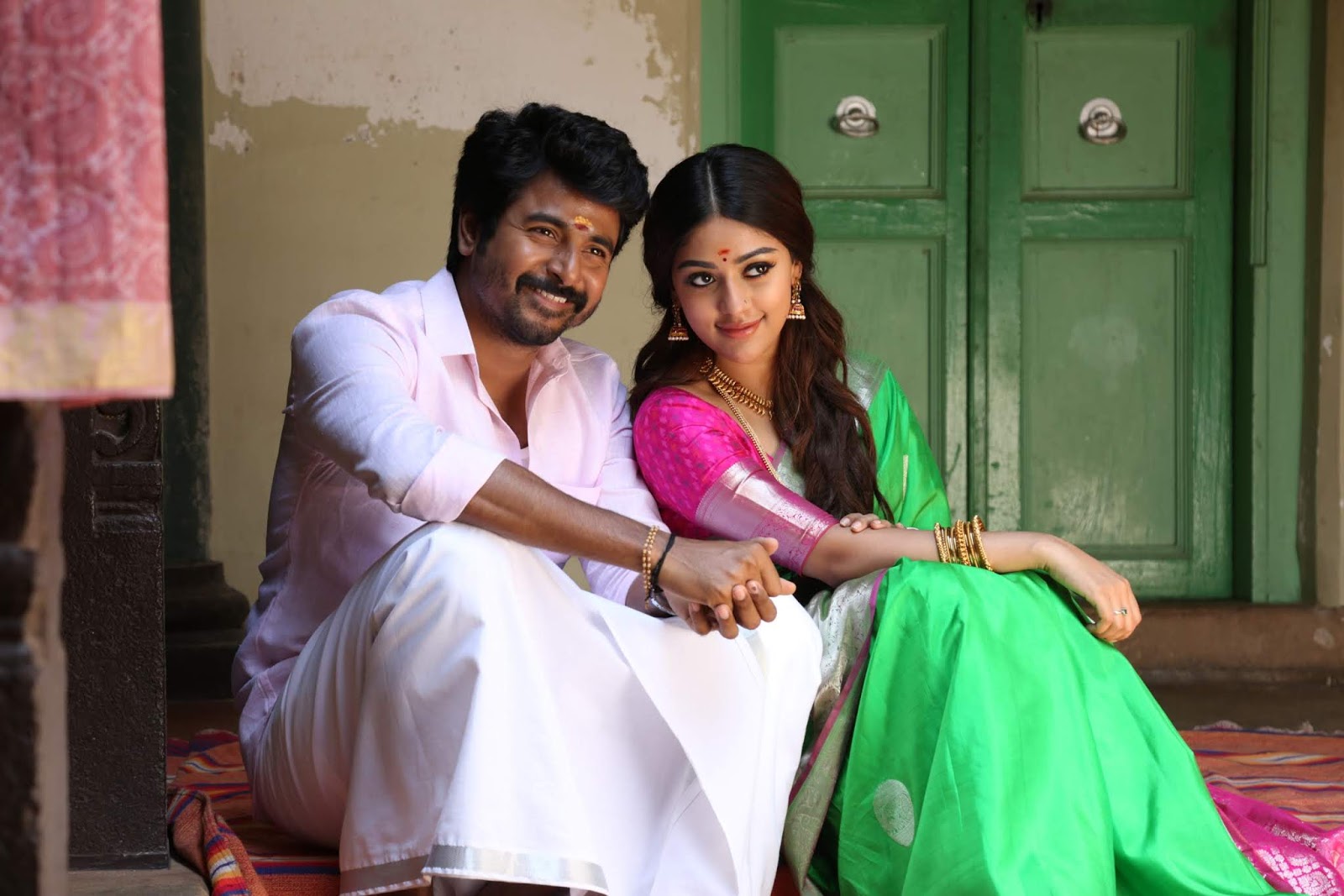 But more importantly, the entire film revolves around the deep bond that a brother and his sister share.

The film is a proper commercial entertainer with all the elements that one would hope to have in a film. But it also has some wonderful moments and ideas to offer to even those looking for something more than just entertainment.

For instance, there is a fight sequence in the film where Arumpon is kneeling on the ground as an admission of guilt in front of a village committee. As he begins to explain his stand to the village elders, members of the rival faction start bashing him up.

He bears a few blows but continues to explain to the village elders why he did what he did. Even as this conversation continues, another bloke tries to deliver a blow to Arumpon. This time, Arumpon sidesteps, lifts the guy and pummels him into the ground. The blow is so crushing that it stops everybody else in their tracks. He then makes a statement. He says, “I took blows from the other two people because they were affected by my decision. That does not mean I will take blows from everybody. If anybody who is unrelated to the issue tries to hit me, I will hit back.”

That dialogue is profound simply because, often, when an individual is overcome by guilt, everybody around him, whether affected by his mistake or not, look to join in and have fun by thrashing him. And often, the person held guilty by the mob submits himself to the joint bashing. That dialogue comes as an awakening call to all such people.I do not know if director Pandiraj realised what he was doing when he envisioned this sequence but what he has done is he has actually showcased an aspect of power dynamics in a nutshell through this sequence.

People believe peace can be achieved through talks. It can be achieved through talks only when both warring parties consider each other to be equals in terms of strength. Until then, talks are not possible. By thumping a guy in front of their own mob, Arumpon makes this point clearly and it is only after this that the other side climbs down and gets into the mood for talks.

Director Pandiraj scores in all departments. Above all, he gets his casting right. The film has a huge cast and almost every single artiste chosen for each character is perfect.

Sivakarthikeyan makes a very strong comeback with this film. He seems to have consciously worked on his comedy and that seems to be paying rich dividends. He has not stopped with strengthening his comedy but also enhanced his performance in the emotional seqeunces. 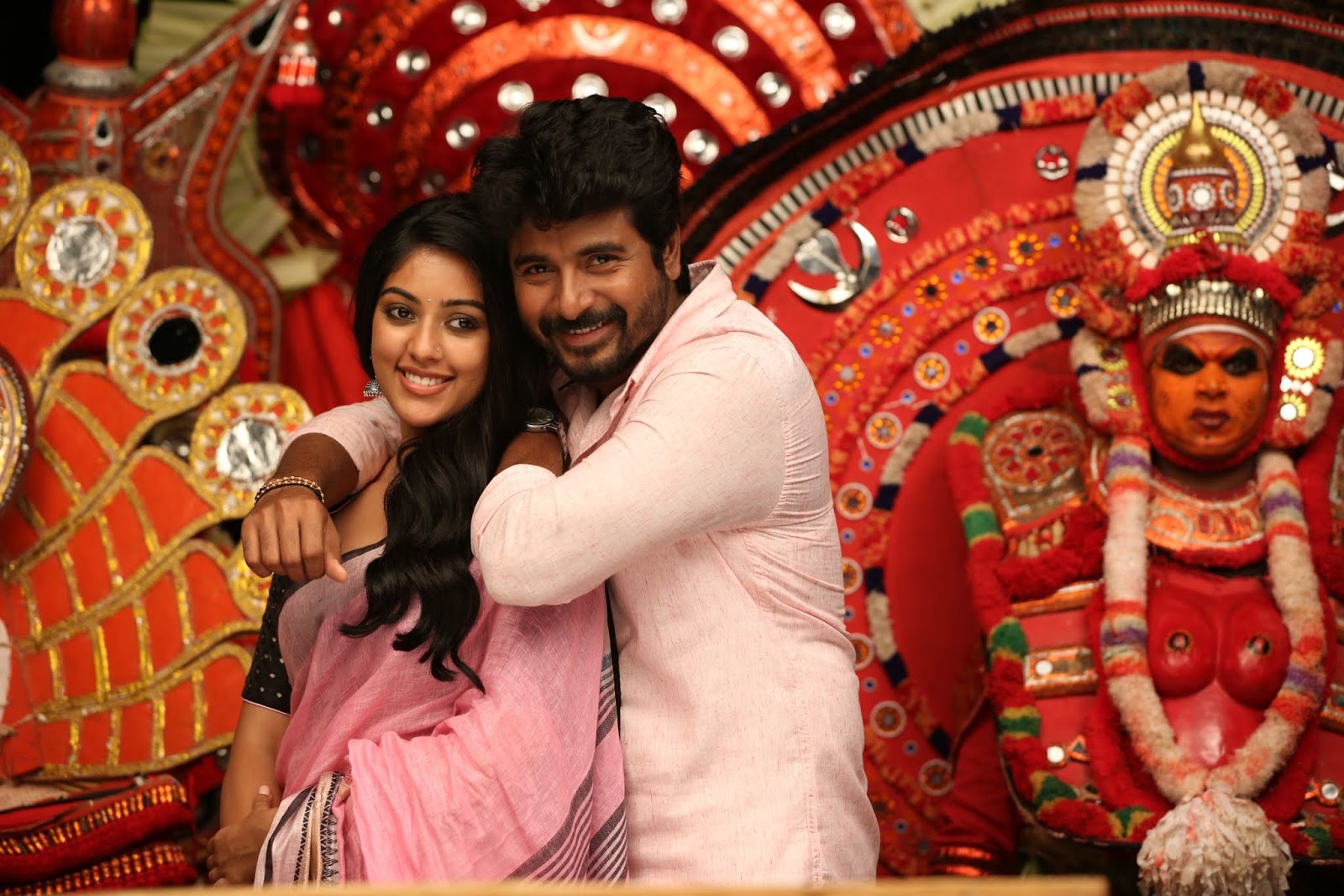 Soori too seems to have had a round of introspection. He has lessened his dialogues making his lines much more powerful and funny.

Anu Emmanuel looks gorgeous as the niece of Arumpon. She delivers a neat and measured performance that is immensely likeable.

Aishwarya Rajesh as Arumpon’s sister Thulasi is just perfect. Adorable, caring, adjustable and affectionate, she is what every brother would see in a sister. She just nails it.

Cameraman Natraj or Natty as he is known to Tamil cinema lovers delivers yet another commendable performance in this film. After having played hero roles, Natty does not seem to have image problems and has portrayed the role of a person with grey shades to perfection.

Imman’s music is just perfect and Nirav Shah’s visuals are breathtaking. In particular, his shots for the song Mayilaanji are just brilliant.

Pandiraj is a master when it comes to making family entertainers. Namma Veetu Pillai is bound to only strengthen that perception!