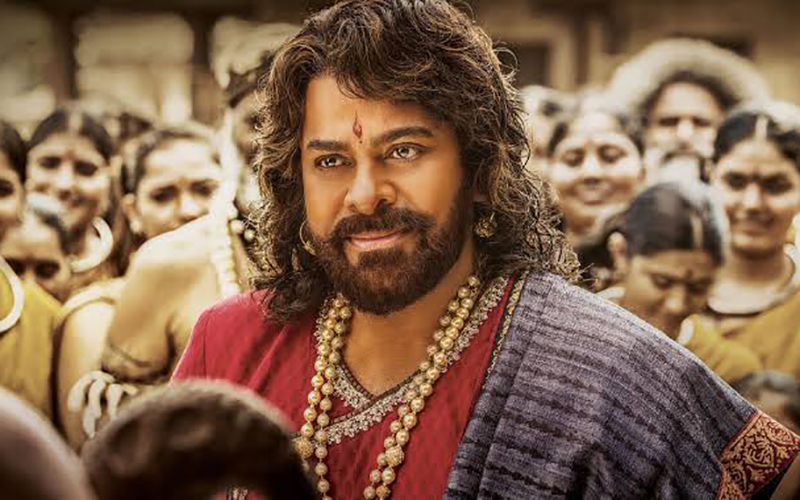 Director Surender Reddy tells an awe-inspiring, patriotic tale that gives you goosebumps by the time it ends.

The story is based on the life of Uyyalawada Narasimha Reddy, one of the 61 polygar Chieftains in the Telugu heartland, who made efforts to unite all the polygar chiefs and fight the British. In fact, the revolt of the united polygar Chiefs, led by Narasimha Reddy, against the British was much much earlier than the sepoy mutiny of 1857, which historians sadly claim to be the first War of Indian Independence. 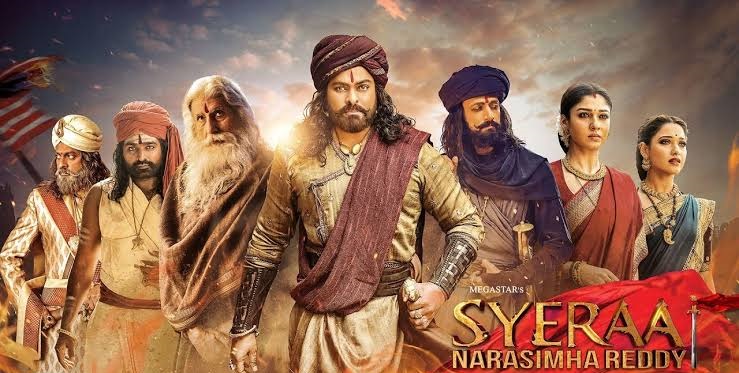 In fact, what the Polygar Chiefs did under Narasimha Reddy is spectacular and more than just a revolt. It was war. It left over 10,000 British soldiers dead and their commanding officers rattled.

The film begins on a slow note. But 10 minutes into the story, the film begins to pick up pace and then, there is no looking back. The manner in which the story is told keeps you attentive and craving for more. Each character that appears on screen has a purpose and there is not a single scene that can be deemed boring or unnecessary.

Chiranjeevi as Uyyalawada Narasimha Reddy comes up with a commanding performance. His look, designed to remind one of the Narasimha avatar, works wonderfully well. From being a chief receiving a pension, the manner in which he stands up for his people when they are oppressed by the British, instantly makes you like him.

His decision to not back down, even at a time when none of the other chieftains come forward to offer support for fear of earning the wrath of the English, makes him a hero. 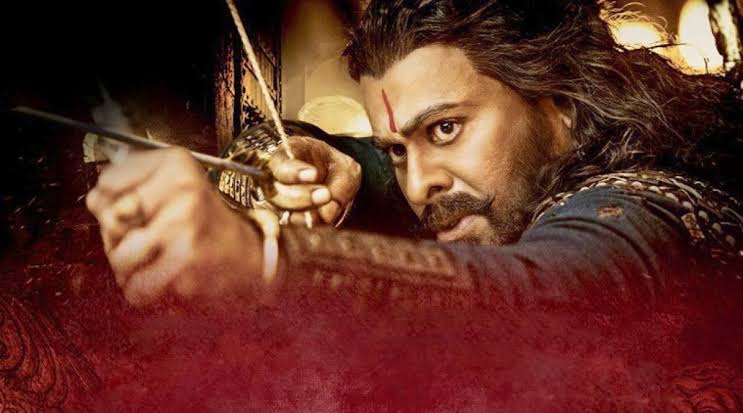 Tamannah as Lakshmi looks gorgeous. Beautiful, proud, gifted and fearless on the one hand and forgiving on the other, Lakshmi is just a visual treat to watch. As the story progresses, you realise that her character has a lot more to offer to the plot than just beauty. Her supreme sacrifice that leaves 300 British soldiers killed makes Lakshmi a martyr.

There are several other characters that impress but the most impressive of the lot are that of Raja Pandi, a Tamil Chieftain who joins Narasimha Reddy in his fight against the British, and Avuku Raju, a Chieftain who appears to oppose Narasimha Reddy but who lends him a helping hand everytime he needs help. 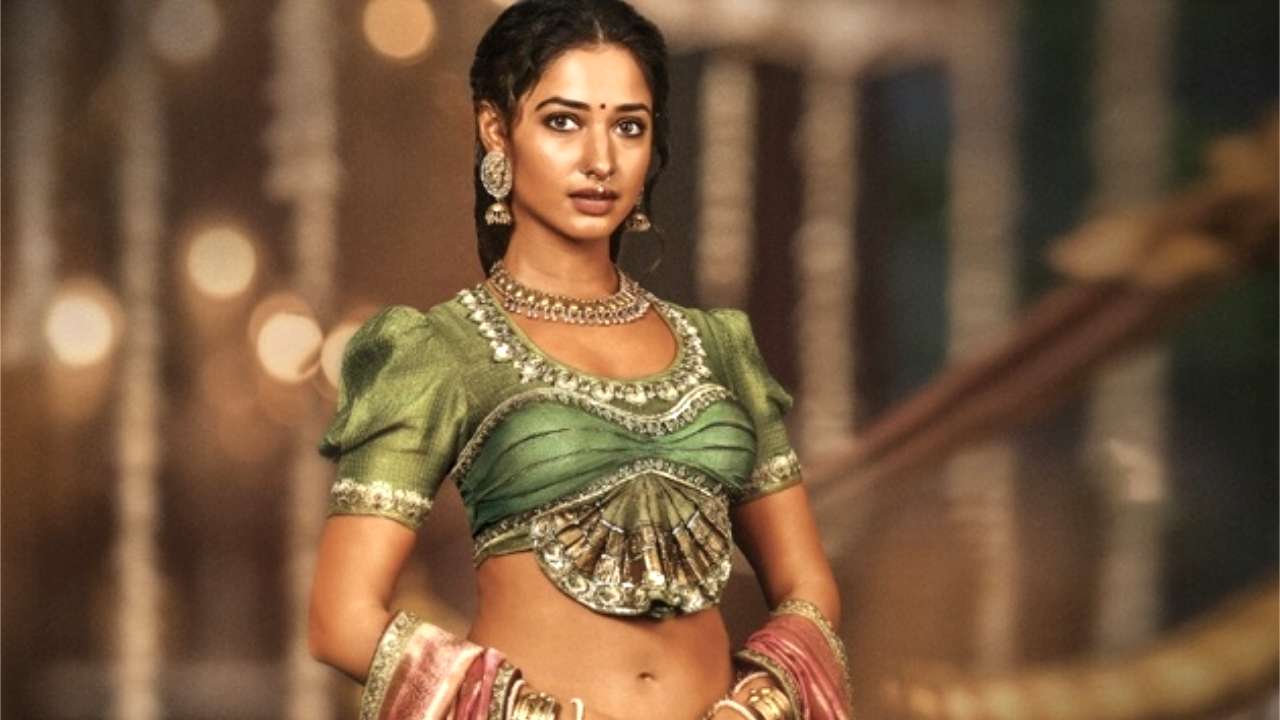 Vijay Sethupathi as Raja Pandi is, as usual, fantastic. As the loyal, fearless, dependable and skillfull warrior, Vijay Sethupathi scores as Raja Pandi. Equally good is the performance of actor Kichcha Sudeep, who plays the interesting character of Avuku Raju. It is a character that keeps you guessing but which eventually makes all the right decisions. 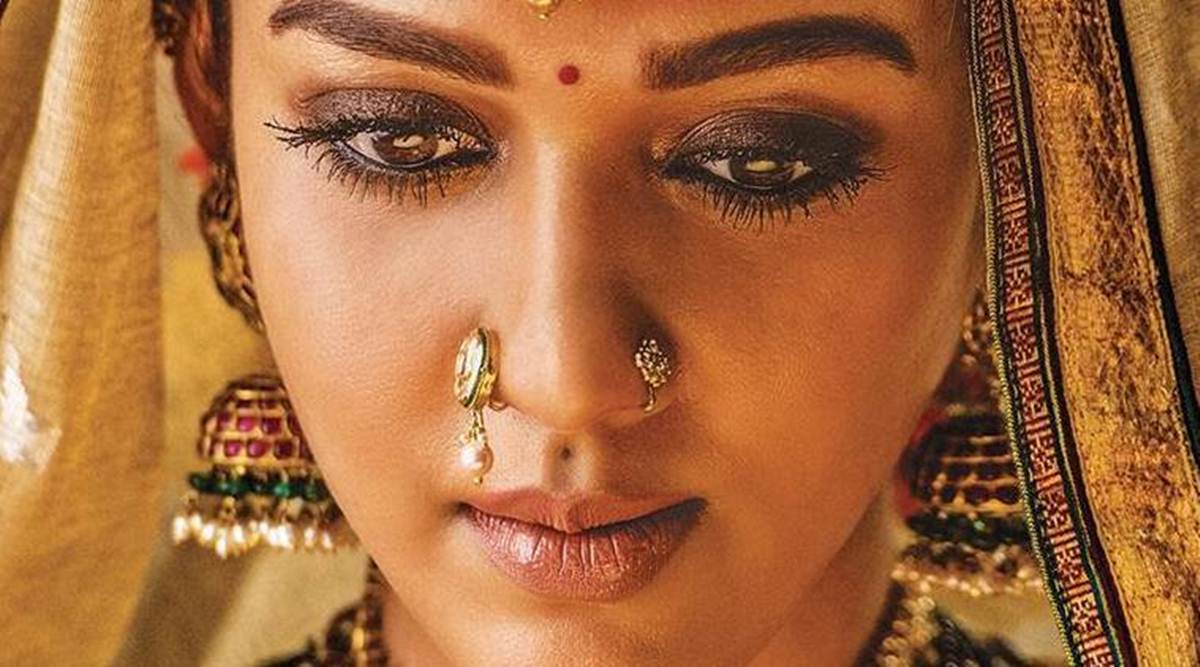 Amit Trivedi and Julius Packiam’s music enhances the impact of the film.

For long, we have been told of stories that focus only on Ahimsa. We have been taught that we won our enemies with non-violence. It is time stories of people like Narasimha Reddy were told. The valiant fight that he put up not just left thousands of British soldiers dead, it literally rattled the British. His ability to instantly punish English commanders who dared to overstep their boundaries is remarkable for although there were protests in other parts of the country, no where else have English commanders been beheaded by Indian kings or chieftains.