Skip to content
You are here
Home > Latest News > Vetrimaran was ill while working on Asuran! 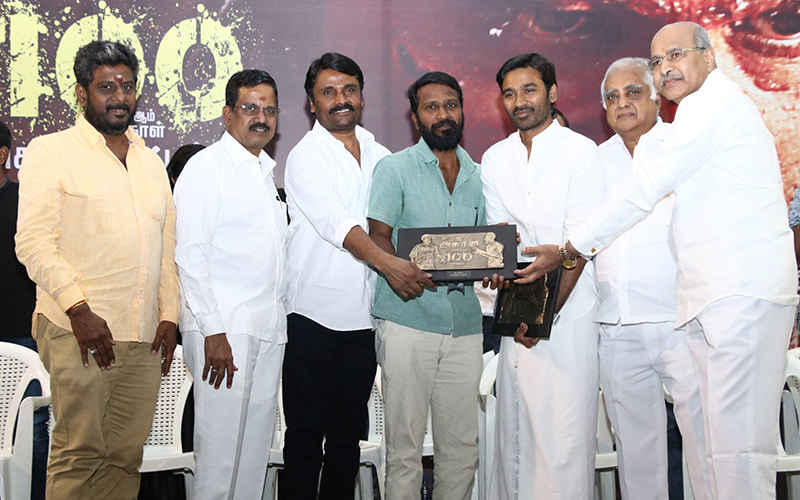 Director Vetrimaran, whose film Asuran, featuring Dhanush in the lead, has managed to do what no other film in recent times has managed to do. It’s completed a fantastic 100-day run in theatres!

Although there have been similar claims by the makers of some other films, their claims are questionable.

Asuran, which featured Dhanush and Manju Warrier in the lead, has genuinely done brisk business at the box office during the entire 100 day period. Interestingly, the film still continues to run in theatres.

On Monday, the team of Asuran chose to celebrate the success of the film. Several distributors and theatre owners apart from the cast and crew of the film including its producer, the director and hero were present on the occasion.

One of the speakers on the occasion, Jagadeesan, went on to disclose an interesting fact about the film that has until now been kept under wraps.

Speaking on the occasion, Jagadeesan went on to say that the reason for the phenomenal success of Asuran was the hard work of the entire crew. In particular, he named director Vetrimaran and pointed out instance to substantiate his claim.

“Director Vetrimaran was down with Dengue while shooting for Asuran. But he refused to slow down or stop working. He would keep taking Papaya leaves that were ground into a paste as medicine for Dengue and continue to work because he wanted to ensure that the film released on the announced date,” he said.

Other speakers who spoke on the occasion also pointed out that Vetrimaran had not slept during the last five days before the film’s release.

The film, which is based on the book Vekkai by Poomani, has been rated by many as the best Tamil film of last year.